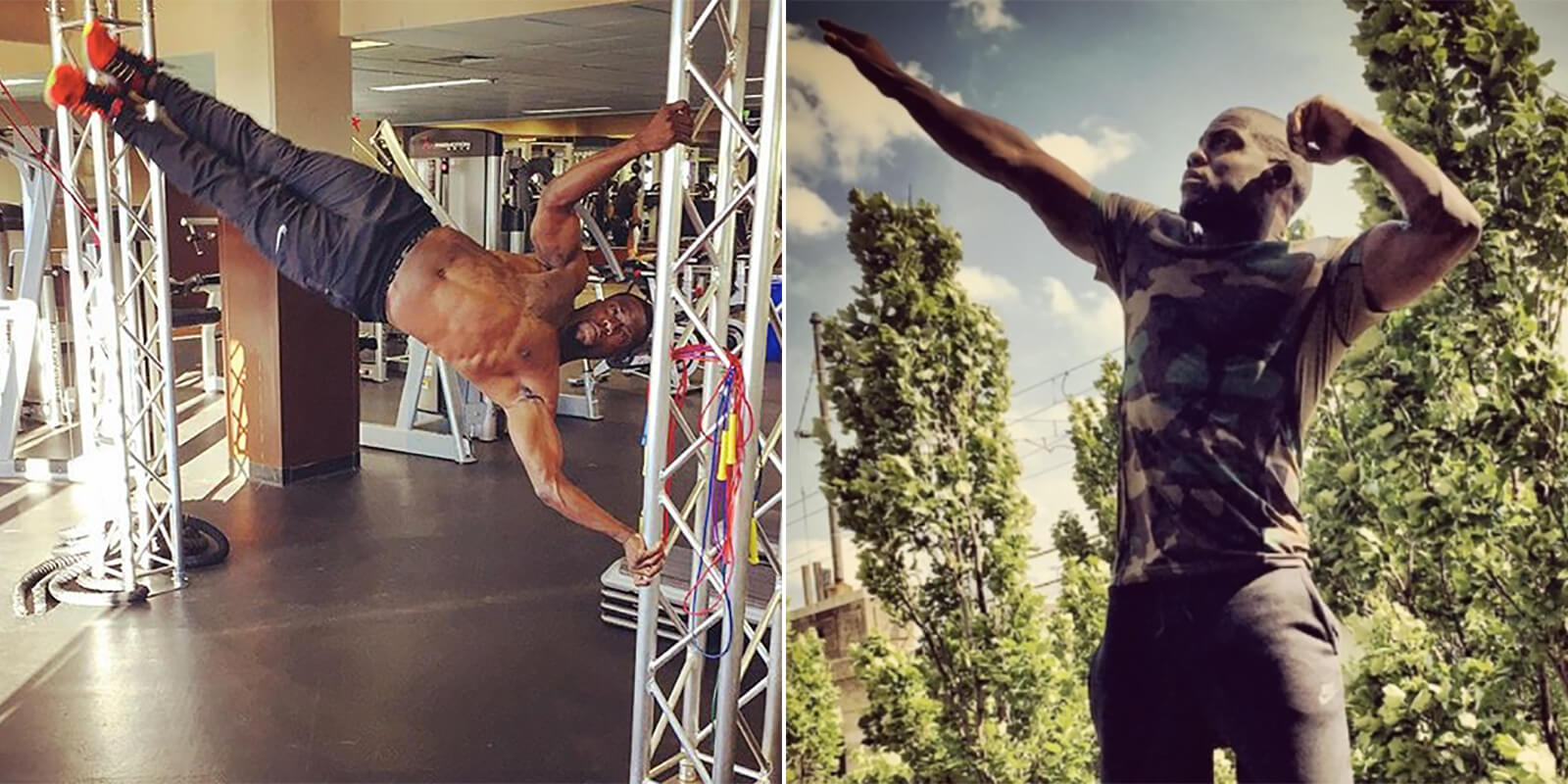 If you’re a functioning human being who has paid attention to pop culture in the last few years, there is no doubt you know all about Kevin Hart.

He’s the most popular and highest earning comedian in the world today surpassing comedy legend Jerry Seinfeld with an $87.5 million year, topping Jerry by over $30 million! Kevin holds the record for the biggest sold out show for any comedian, EVER.

In August in Hart’s hometown of Philadelphia, nearly 70,000 people came out to see him.

But Kevin isn’t just a name associated with the elites in comedy, he is also business mogul and noq a fitness guru. Kevin Hart is serious about his fitness and leading a healthy lifestyle, you can ask nike.

In April Kevin Hart broke another record, becoming the first Comedian to team up with nike to have his own crossfit training sneaker. Dude NEVER stops working.

Here are a few examples of Kevin’s most insane dedication to his body via Instagram.

Kevin Has a trailer just for him to work out in.

You’re not working hard enough! Working out for his next movie while filming his current movie.

Here Kevin sneaks in a workout at midnight in between sets.

It’s 5:30 in the morning and he’s finishing up a workout, what are you doing?

Here Kevin is pulling Dolphins Defensive Lineman Ndamukong Suh on a sled with what looks like 45lb plates.

What’s more impressive is Suh weighs in at 300lbs! And Kevin comes in at about 141 lbs.

Here is a video of how crazy Kevin’s core is, this is disgustingly hard.

Here is Kevin in a 5K in Australia.

And After that 5K Kevin was Back in the gym…

Who works out on Vacation? Kevin Does.

The couple that workouts out together, stays fit together.

Putting in the early morning work.

Months later, here is Kevin reaching his goal of 245 lbs.

If you’re not working out to be better than your current self then why workout?

Keep in mind that Kevin is one the biggest entertainers in the world today.

Starring in countless movies, his own tv show, and the biggest comedy tour ever conceived, and yet he still manages to make sure that he never misses leg day. What’s your excuse?