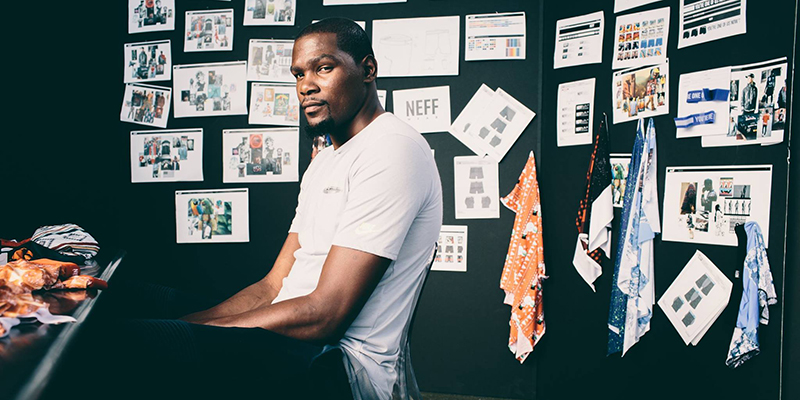 How Kevin Durant Is Becoming A Force In Silicon Valley

Back in June, after losing game 7 of the Western Conference Finals to the Golden State Warriors, Kevin Durant had a huge decision ahead of him.
His contract with Oklahoma City was in its eighth and final year and the former MVP and two-time scoring champ found himself being one of the most coveted free-agents since LeBron James.
The Maryland native had many options, too. His old coach, Scott Brooks had found a new home in his former superstar’s hometown and with star-power of their own in youngsters John Wall and Bradley Beal.
Boston was very attractive. Their new head coach, Brad Stevens, is considered one of the youngest brilliant minds in basketball. He took over a losing team in 2013 and increased their win total every year.
This year they’re second in the east only behind the champion Cavs. With Budding superstar Isaiah Thomas, Durant would have been a great fit.  They even brought in Brady and his rings to sweeten the deal.
Then, of course, he could have stayed in OKC. With the human cyborg Russell Westbrook as a wingmate and barely losing — lost 3-1 lead — the Western Conference Finals, it too was a viable option.
However, Durant did neither of the three.
Kevin Durant picked the Golden State Warriors in efforts to win a ring. It shocked both the NBA and the entire sports world, but even more importantly, made him one of the most scrutinized players in the league.
If you are familiar with Oklahoma city you would understand the market limitation. Kevin Durant, who has a reported $300 million deal with Nike and is currently ranked as one of GQ’s Most Stylish athletes, has other aspirations.
And in his short time in the bay, he’s shown just that. This past winter Durant had a speaking engagement at YouTube’s headquarters in San Bruno, California. Something he could have never done in OKC.
When the largest start-up town is down the road from your day job and you have money to blow, Silicon Valley sort of becomes Vegas with much safer bets.
Teammate Andre Iguodola was bitten by the bug first. The All-Star forward is a noted investor in companies like Twitter, Facebook, and Tesla. Durant saw his moves and decided to take a stab at the booming industry himself.
Durant and his agent Rich Kleiman unveiled a start-up of their own called the Durant Company.
The portfolio includes investments in tech companies like Postmates and Acorns, in addition to hotels and restaurants as well as film and television development.
They are also investing with Ronald Conway, one of Silicon Valley’s “super angel” investors and a front-row fixture at Oracle Arena and consulting with Laurene Powell Jobs, Steve Jobs’s widow, on his own charity foundation.
Half-way into the season and Durant still gets criticism from everywhere. His severed relationship with Westbrook is an easy storyline and the fact that his team is blowing everyone out has people in fits.
However, Durant says he’s used to not having friends. Besides, his plays off the court are going to be the ones that last a lifetime.

Guys Everywhere Are Being Forced To Take Their Girl’s Instagram Pics
Season Of Second Chances: Study Finds A Rise In Remarriages