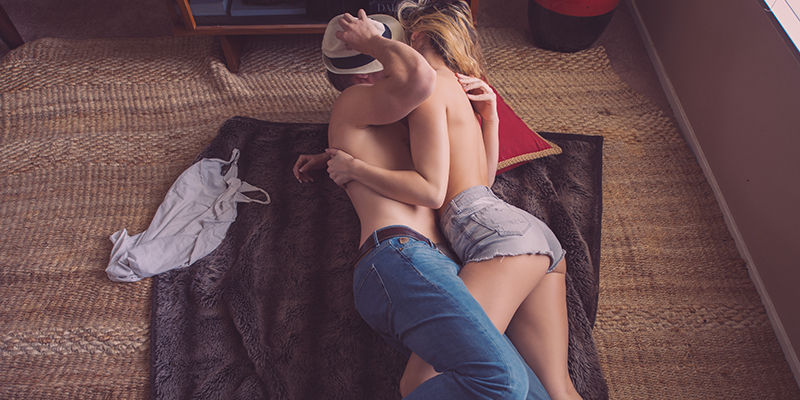 How to keep her interested: It’s a dangerous game and in many ways, a paradox.

It doesn’t have to be like that, though. It all comes down to your mindset. If you’re doing these things because you feel obligated or you’re scared of losing her — in essence, negative, defensive reasons — then yes, it’s going to come off poorly.

If you’re doing them because you enjoy her company and because you feel good when you do good, then they will have a much more positive impact.

Keeping her interested in and out of the bedroom, like most things in life, is all about your mental approach. That’s why lesson number one is:

You want to keep her interested, but you don’t have to

This is the first and most important distinction to make. The second your behaviors are designed to hang onto a girl, you’ve already lost her. You’ve thrown away your self-worth.

This is how people get into unhealthy relationships. Before you go down this road, ask yourself why you’re doing it.

If it’s any version of that latter, handle your own internal shit first. Then proceed.

Out of the bedroom: Don’t misunderstand me. I’m not telling you to order food for her at dinner or anything like that. Please, don’t be a dictator. I am saying, though, that when you make decisions, make the shit out of them.

Don’t get wishy washy, don’t turn something simple into a freakin’ Venn diagram. When you want something, go for it. When you don’t, don’t. Simple as that.

If you’re not sure, take about five seconds to think about it, and then flip a coin. Boom. Done.

This isn’t even a “women are attracted to” point. Everyone is attracted to people that are decisive and confident. If you spend all your time worrying about what people think or how everyone is going to react to what comes out of your mouth, you’re projecting indecisiveness and a lack of confidence. Simple as that.

In the bedroom: Same principles apply. If she wants you to talk dirty to her, do the shit out of that. Don’t halfway talk dirty because that’s just not sexy. If you want something, go for it.

Again, I’m not encouraging you to be a bossy asshole. You shouldn’t just be barreling in all willy nilly without paying attention to how she’s responding, but you just shouldn’t be looking for her to tell you what to do and when to do it … well, unless you two are into that sort of kinky stuff.

Outside of the bedroom: Most people have woefully underdeveloped listening skills. Honestly, I’m one of them sometimes. It’s all about goals. Let’s say your girlfriend had a bad day.

Too often, a guy’s listening frame is one of problem-solving. He’s thinking, “All right, I’ll listen to what she’s saying and look for ways to solve her problems.”

Inside the bedroom: If sex feels like a mystery to you, it may be because you don’t know how to read the clues. Let’s say, for example, that you’re having sex and you spank her.

She might say, “Harder,” and you’ll realize that you’ve stumbled upon something (and good luck to you), or she might be all WTF?! or pretend like it never even happened, and then you know that you should probably use that move sparingly from now on.

Point is that the answers are there if you’re willing to look for them. They might not be obvious, but read between the lines and use your judgment.

Out of the bedroom: Open doors. Ask questions. Give her your jacket if she’s cold. It doesn’t mean that you become a doormat. Stay within your power and do these things because you want to, not because you feel like you have to.

I’m not sure if we can do a poll on this site, but I’m guessing the average score would be somewhere between a 10 and an 11.

Guess what? That’s how she feels about receiving oral sex, too. And yet, most dudes run up oral deficits that would even make the federal government go, “Whoa, dude, maybe you might want to balance that budget.”

Again, if you want to keep her interested, it’s all about your mindset. Make sure you’re doing it for healthy reasons, be decisive, learn to listen, and go out of your way to be courteous.

If you can’t keep her interested doing those things, then I guarantee there are plenty of other people out there who will find these characteristics irresistible.

The Science of Attraction
Can You Create Chemistry When She’s Not That Into You?