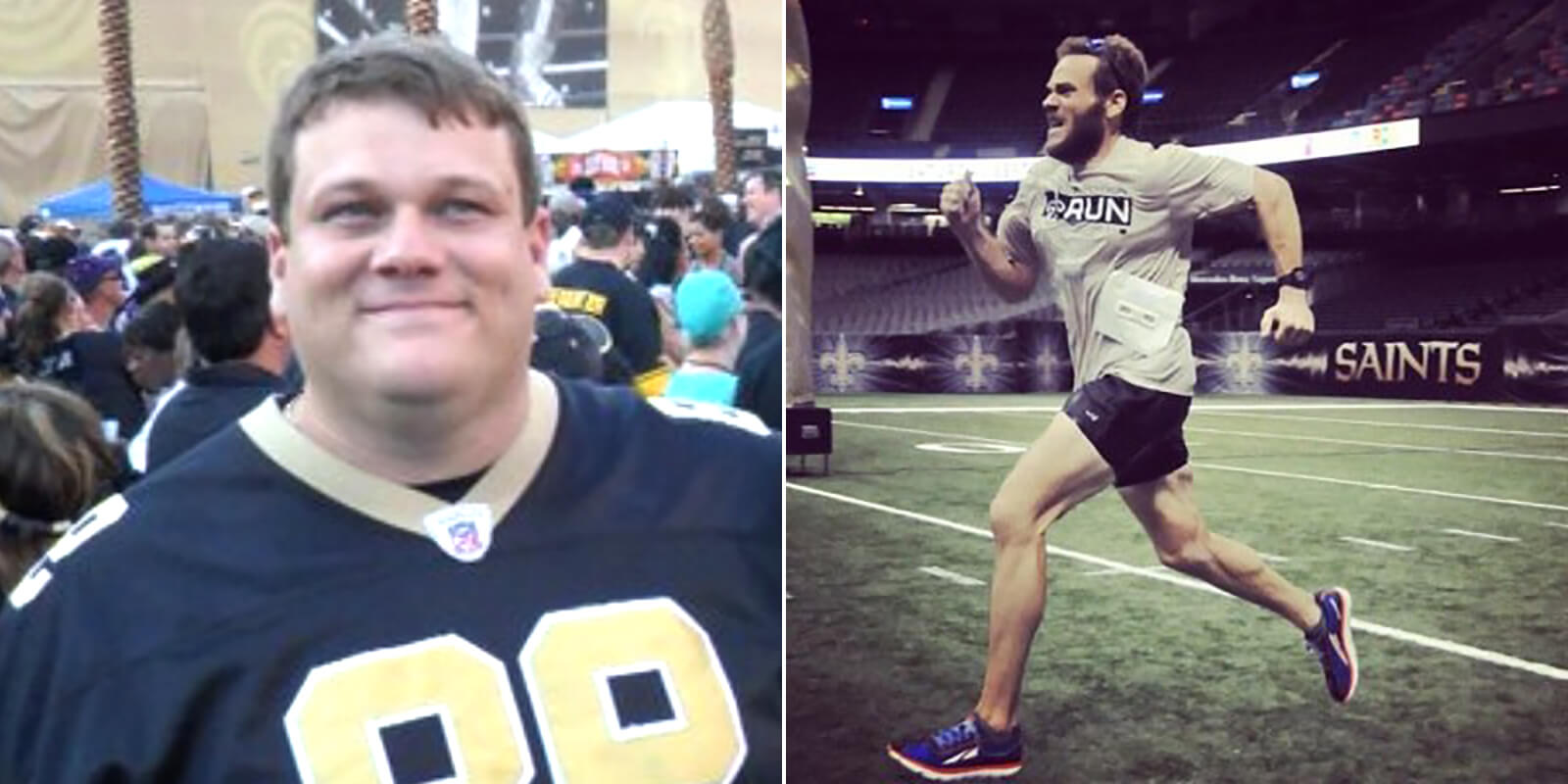 How Josh LaJaunie Won His Personal Battle And Lost 200 Pounds

Who is Josh LaJaunie? If asked nearly a decade prior, LaJaunie could be described as your average American – an outdoorsman with a love for footbal and a love for food that nearly placed his health at risk.
Nearly totaling 400 pounds back in 2011, LaJaunie could be a model representation of the widespread health problems afflicting the United States today.

But as it’s commonly said, that was then and this is now, and today LaJaunie is the ultimate representation of a healthy lifestyle.
Today LaJaunie is a 200-pound apex male specimen who fuels his healthy lifestyle off of plant-based nutrition alone.
The mental strength to fight habits ingrained into the human condition would place Josh above most men today, but like any good tale it all starts with a little inspiration.

Attributing his kickstart to a better lifestyle to the legendary vegan runner Scott Jurek, Josh utilized the knowledge inspired from Jurek’s own trials and whipped his life into shape literally by shifting his entire nutritional diet.
In his own words, penned in an article from Forks Over Knives, Josh himself was a skeptic of the vegan lifestyle stating,

“Before reading about him, I had dismissed the vegan diet as some nothing more than an extreme thing that one did as a political statement. I had never thought of it as an asset to an extreme athlete before.”

Now, LaJaunie, athlete, cover model of Runners World, and 3rd place finalist in the 10K Wildcat marathon in Florida, is a model example for monumental change in a person’s life. According to an interview with The Independent,

“Change is your goal. Not weight loss, not a marathon. Change. If you can be open to big change you’re well your way to having a more authentic human existence.”

Truer words have never been spoken.

First overall and a 10K #pr on Thanksgiving morning. How times have changed. So excited that my 10K pr starts with a 3, but even more pumped that my favorite human ever, my cute little wife, paced me to the finish running between 5:50-6:05/mi pace to get me in in sub-40. She's soooo been sandbagging! 😂😂😂 I'll never forget that .3 miles. 😘 #plantpower #outdatbayou