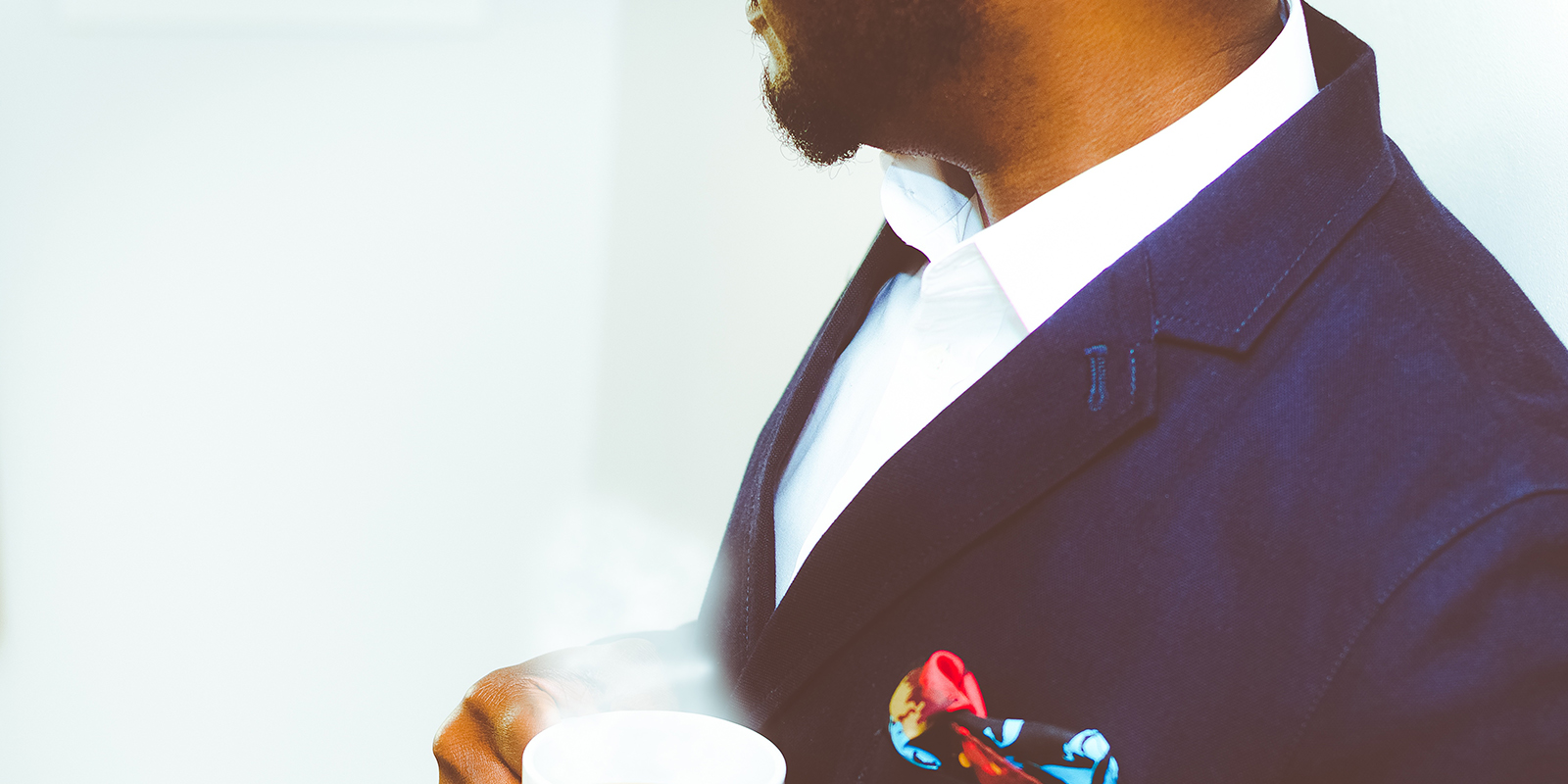 Is It Possible to Be ‘Too Smooth’? Sharon Heit Has the Answers

The Social Man is thrilled to bring a new series to the mix. Woman Crush Wednesdays are an exciting feature where we’ll interview different women around the world who are gorgeous, ambitious, and full of personality.
Our first Woman Crush is Sharon Heit, a photographer and model living in South Korea.

Think of your last successful date, what did the guy do that made it a great time?
Oh dang. This question just made me realize I haven’t dated that much. I’m more of a serial monogamist. But generally speaking, as long as I’m laughing and sharing real, meaningful conversation on a date, I’m having a wonderful time.
Coffee, cocktails, or dinner, which do you prefer for first dates and why?
Dinner because I LOVE FOOD. I’m not really into drinking, and grabbing coffee seems like a business meeting.
Can you tell us about a really awful date you’ve had? What made it so terrible?
I can’t recall ever going on a proper “date.” All my dates have been with men I was already in a relationship with. The concept of dating feels really strange to me. I would rather get to know and understand people naturally and honestly, without pretense or expectations. I prefer to date someone who became attracted to me after getting to know and understand me as a person – not that he only made an effort to get to know me because he was physically attracted to me first.
Has a pick up line ever worked on you? What was it and why did (or didn’t) it work?
Pick up lines are immediate turnoffs, especially the slimy ones, which I generally do not respond well to. I’m not attracted to people who are too smooth. I’m attracted to men who are confident in a quiet, sure way and are a little bit shy or awkward or clumsy. I can be really shy at times, and I’m definitely awkward and embarrassingly clumsy so being around people who are super slick all the time gives me anxiety. I find I normally shut down or overcompensate by nervously blathering on when guys try to use pick up lines.
If you could give one piece of advice to the guy who’s most recently hit on you, what would it be and why?
I can think of two really recent examples:
1) Don’t hit on someone who recently ended a long-term relationship and is currently working an insane amount of overtime, then get aggressive when you don’t get an immediate response. Aggression isn’t working in your favor.
2) When you start heavily pursuing a girl in a relationship, and then even more so the second it’s ended (even though I’ve requested space), don’t take it personally when I don’t jump into your arms. Oh, and never use the line, “I just ran into your ex,” as a conversation starter. It’s weird.
If you could date any super hero, which one would you pick and why?
Hmm… I think I’ll pass. Seems like dating a superhero would come with too much drama, secrecy, and danger. Although, Michael Fassbender’s portrayal of Magneto was good so maybe I’d pick him (if I had to choose). I loved the human side of him, struggling with trauma while wanting to be good. Although he ultimately became overtaken by his need for revenge, you have to admire him for his commitment to fight for the mutants’ freedom from persecution. Well, until that came at the cost of any non-mutants.
Sharon, tell us a little bit about yourself.
Which do you enjoy more, being in front of or behind the camera? Why?
I enjoy being behind the camera because photography is my passion. I want to tell peoples’ stories. I want to capture beauty in their pain, in their strength, and in their vulnerability. Being in front of the camera is a bit awkward, but I’ve modeled for some very talented photographers. I’m very choosey about who I will model for. Although my goal is to be a photographer and not a model, there have been times when another photographer’s POV was so strong and so beautiful that I couldn’t say no to modeling, especially because I myself shoot portraits.

What do you find most intriguing about photographing the female body?
Shooting female portraits is very personal to me. I went through a few traumatic experiences when I was young that left me feeling like I had no voice in how others viewed me. I started covering myself in tattoos to hide myself and make myself undesirable, which is now painfully ironic. Back 13 years ago when I started getting tattoos, they didn’t have the same effect that they do now. To my dismay, having tattoos is now seen as cool, trendy, or sexy.
Now, my POV and reason for shooting female portraits is about giving that voice back to the subjects as they embrace themselves, tell their stories, and show their strength in their vulnerability. My reason for shooting nudes is to give the subjects back the power to say, “I will be nude, and it will be on my terms.” It’s not about sexualizing women, but about freeing them.
Have you had any struggles or misunderstandings about your artwork or modeling?
People tend to lump me in this category of photographers that are exploiting this movement of female nudity. My photos are not that, nor do I want to be part of that. I never ask models to be nude; it’s their choice. I do not shoot pornographic images, nor will I ever. I hear often that I have an advantage as a female photographer because women will pose nude for me simply because I’m female. That offends me and it devalues my POV, my message, and my ability to make models feel comfortable. The only photographers I’ve modeled nude for have both been male, and it was because I knew what message they wanted to convey through the photo. They have a strong POV and their desire to shoot me had nothing to do with my tattoos. There was no pressure to be nude, and I wasn’t fulfilling a concept or posing as an art piece. They just wanted to tell my story, just as I want to do with my own work. I have published a short series including tattooed women, but as a tattooed woman, I am not trying to exploit them. I want to tell their stories because maybe it is my own.
Which self-portrait to date has been your favorite and why?
I am really bad at shooting self-portraits, but I included the one that is my favorite. It is entitled, I Shed My Skin. Though most of my work is about freeing yourself, my face is hidden in this photo to represent that I am not my face. I am my body. I am the sum of my experiences. And I am ready to shed my protective layer. I haven’t shot many self-portraits because the whole tripod timer, getting into position, and focusing on the right plane is too much of a hassle. Since I’m currently strapped for time, I would rather spend it shooting others.

Which female portrait that you’ve taken is your favorite and why?
OMG, this is the most impossible question ever. Honestly, I just tried to think about it and I have no one favorite. To try to answer you, my favorite photos are always the ones where you can see the subjects’ souls. These examples are all film, though lately I experiment a lot with 120 mm, lomography double exposure type photos.

If there were one message you’d like your photographs to express, what would that be?
There is strength in vulnerability. There is femininity in boldness. There is freedom in openness. There is tenacity in letting go. There is beauty in pain.
Thank you, Sharon, so much for your answers. Now, let’s lighten things up with a little game of Would You Rather!
Would you rather go an entire date with spinach in your teeth or spinach in your date’s teeth? Why?
I’d rather spinach be in my date’s teeth because I’m not judgmental and neither of us would have to feel embarrassed afterwards.
Would you rather be dumped by text message or in front of your parents? Why?
Tough one. Text message, I think. I prefer to text than talk on the phone. I hate talking on the phone.
Would you rather go on a blind date or go on a speed date event? Why?
EW to both! I just don’t like dates with people I don’t know. But this is would you rather, so I guess blind date?
Would you rather make the first move after a date or have your date make the first move? Why?
I never make the first move. I’m shy and don’t like assuming someone is into me. And I also don’t like chasing people. So, I would rather let him make the first move.
Would you rather have the ability to read a date’s mind or give your date the ability to read your mind?
Omg, this question is not playing around. I don’t want to read people’s minds. And I’m pretty straightforward, but I’m not gonna lie and say I never think some pretty weird things. But I guess I’d let him read mine.
Would you rather knowingly go on 5 bad dates in a row or wait and go on one amazing date in 5 years?
I’ll take the amazing date in 5 years. I’m in no rush to date right now, and at my age, 5 years is the blink of an eye. >.<
Thank you so much, Sharon. This was such a fun and insightful interview series. We’re looking forward to seeing more of you and your gorgeous photographs soon.

She Stopped Responding To Your Texts? Check For These Mistakes
Never Seem to Say the Right Thing When She’s Upset? Here’s the Secret