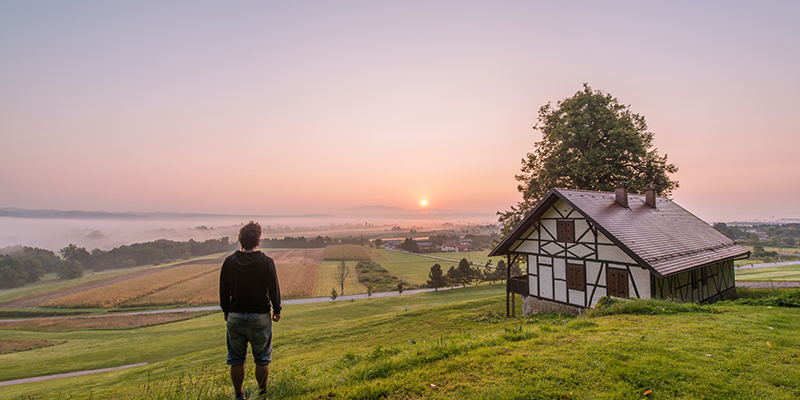 The Honor Of The Humble: How To Win With Humility

As we all know, a major part of manhood is expressing how dominant you are.

We can’t help it.

Testosterone gets the best of us and if you get us worked up enough we’ll be fighting each other to the death just to be the last one standing.

In a lot of ways, bravado and cockiness are good.

It’s not only healthy to take pride in yourself, how you look and what you know you can deliver, but women are attracted to that kind of dominance and power.

Women aren’t going to go for the guy who doesn’t believe in himself.

Why should she be exclusive, share the night with or give the time of day to someone who lacks confidence in himself?

So, quite naturally, men adopt the practice of one-upping each other to make their dominance known. Peacocking essentially.

But there is a yang to the yin of confidence that offers a completely different approach to winning people over. And this trait is humility.

A common misconception of pulling back and referring spotlight is that you have to be self-deprecating in the process. This is far from the truth.

You’re not admitting defeat or lack of control. It’s not about being weak or meek or cowering in fear.

When you’re humble you’re being grateful and you’re admitting that there are things bigger than you.

When done skillfully — and yes, there is an art to employing your humbleness — you can win social circles, make a lasting impression on women and separate yourself from the rest of the pack.

Take interacting with women for example.

When you find yourself talking about your success and accolades women will often try and egg you on.

Most men would use this opportunity to join her in listing off their long list of accomplishments.

But when you downplay those very successes, not only does it show that you’re not big-headed, but it makes her hype you up even more.

And it’s not about downplaying the hard work you’ve put in or the sacrifices you’ve made, it’s about letting your work, and eventually, her, do the talking for you.

Even when you two are in a casual conversation, being honest and transparent about what you do and do not know and what you can and cannot relate to is also a way to show humility.

Most men when in an engaging conversation with a beautiful woman, in an effort to not look like an idiot or to impress, will hardly, if ever, admit to not knowing a subject she brings up or something she’s talking about.

But when you claim that you’re actually clueless to what she’s talking about and to educate you on it, she’ll appreciate your humility and will be more than willing to babble off about it.

This is a win-win because she’s talking more and she recognizes that you’re an honest guy.

You see, humility showcases so much in a man.

It shows that he knows he’s not right all the time and that he’s okay not having all the spotlight, and this translates the best in social settings.

Whether you’re with the woman you admire or your boys, taking the focus off of yourself will make a subconscious impression that will put you in a space above others.

If you’re going out with your guys and they comment on how sharp you are, play if off and act like you’re not much or that you barely put that outfit together.

This shows that even if it seems that you have everything together, that it’s only because you’re fortunate and that at one time in your life you didn’t. And people can relate to that.

Even when you’re receiving praise on a project or for work you’ve done, complimenting others instead of accepting the acknowledgments, regardless if you did the majority of the brunt work, will make people eager to work with you in the future as well as earn you favor to do even bigger work in the future.

Humility is much more difficult than any of us are willing to admit. We live in a society where you’re only as good as the last thing you’ve done and where your work is your only currency.

So when you are someone who doesn’t mind not being the loudest in the room and who will step aside to others, it instantly makes you stand out.

The balance of confidence and humility is a lethal combination that will get you places you couldn’t imagine.

Practice letting your work talk for you, resisting the temptation of not tooting your own horn in front of women and letting them figure out how awesome you are organically and constantly complimenting others will give you karma that will inevitably come full circle.

Next time you’re out with a woman you’re into, let her gawk at what you’ve done and let her tell you how awesome you are.

Admit it when she knows something you don’t, and watch her appreciate your candidness.

When you’re in a meeting or in a professional setting, uplift others, mention how intelligent your competition is, and watch how you move up in your company.

When you’re going out with your boys, rather than steal the spotlight, let them think that they’re the best looking in the group, and watch how much they’re going to appreciate your presence.

Humility opens doors, it’s all up to you to use it.

How To Find Comfort In Making Yourself Uncomfortable
Building Desire: How To Become The Man Everyone Wants To Be Around