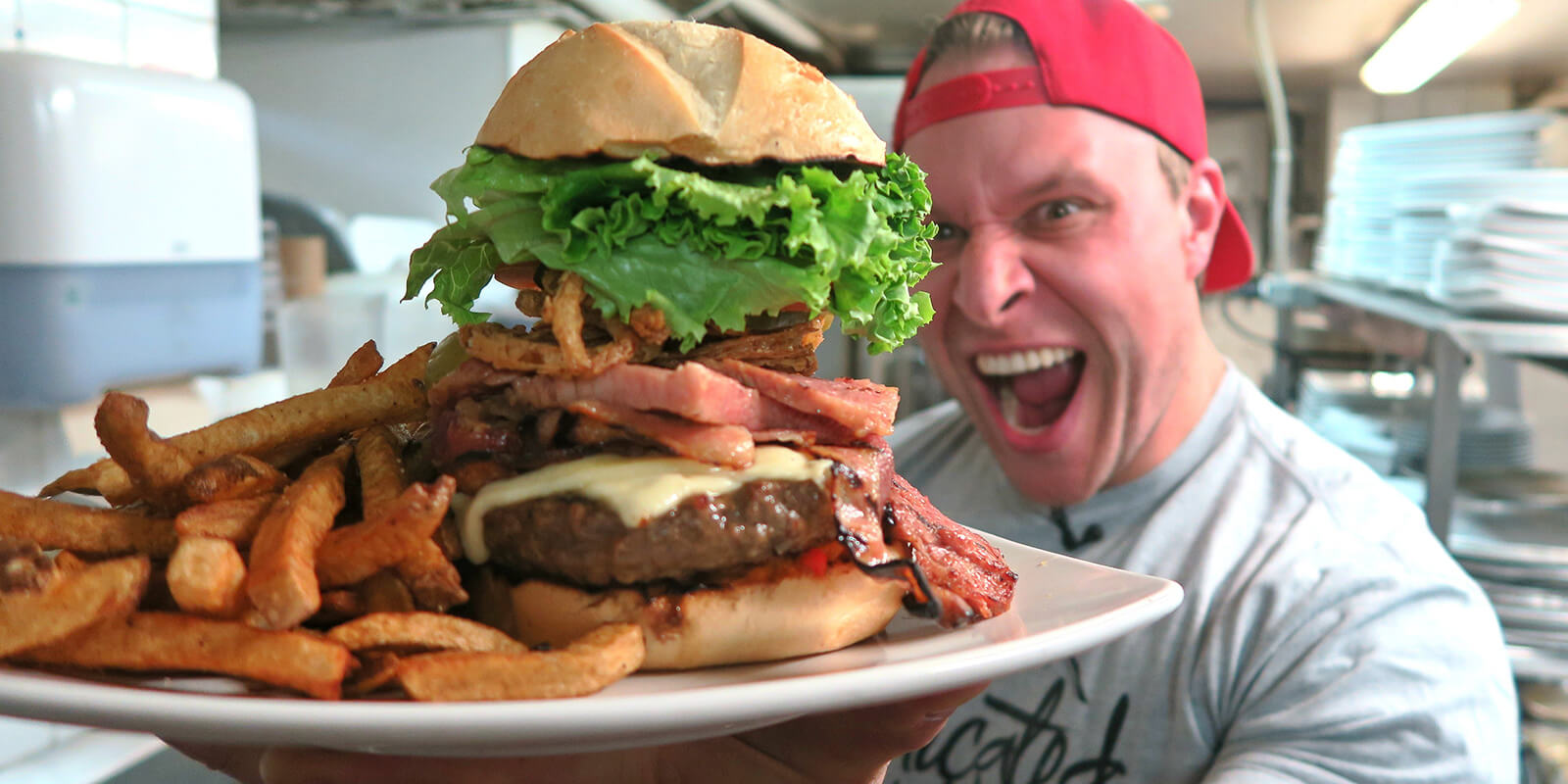 Unless you’re lonely or try to avoid your crazy family, the holiday season inevitably comes with social obligations. You may be forced against your will to be someone’s plus one or even worse, attending some obligatory holiday party alone.
Well, according to a new study from Cornell University’s Food and Brand Lab, men do not see these social settings as a chance to show off.
The study, published last month in the journal Frontiers in Nutrition, focuses on how men overeat in social settings, keying specifically on competitive eating and the behaviors and perception associated with the spectacle.

“The emergence of competitive eating raises important questions of what motivates exaggerated levels of consumption,” the study’s authors write.
“Knowing this could illuminate how similar motivations might influence certain people in more common social situations – such as parties, banquets, group dinners, and other intense social situations.”

The study took college students, both men and women, with similar body types, to participate in a chicken-wing eating contest.
The group of twenty students was asked if they’d rather compete with spectators, without spectators, or to eat wings in a noncompetitive control group.
Students who volunteered in the competitions ate more, and men in both competitions ate more than women. What’s interesting to note, is that the presence of spectators appeared to motivate men to eat even more, yet had the opposite effect on women.
While eating singularly, women ate an average of 17 wings; with them, they ate only a dozen.
After the study, women in both competition conditions said they felt “self-conscious” and “a little bit embarrassed.” Men, on the other hand, described the experience as “challenging,” “cool,” and “exhilarating.”
But this is not proving anything new, right? Guys love competition and love showing off even more. Well, after the wing eating bananza, researchers added a new wrinkle to the study:
93 college students were asked to rate male and female competitive eaters based on their perception of their intelligence, attractiveness, romance, health and strength.
They were also asked to suggest how many children a (male or female) competitive eater might have by the age of 50.
After analyzing the data, the study’s authors found that “women do not appear to be favorably impressed by the feats of overeating.”
Men, on the other hand, “positively perceived competitive-eating males to be both stronger and having more offspring compared to female competitive eaters.”
Researchers concluded that “visibility and attention dramatically increase how much men will eat.” Furthermore, they write, “this exhibitionist eating may say less about American eating habits than American ego habits.”
With the head researcher adding, “The typical guy, if you give them any attention when they’re eating, they’d eat up to four times more.”
So next time you’re pigging out with the boys, or forcing thirds at the holiday table, just slow your ass down.