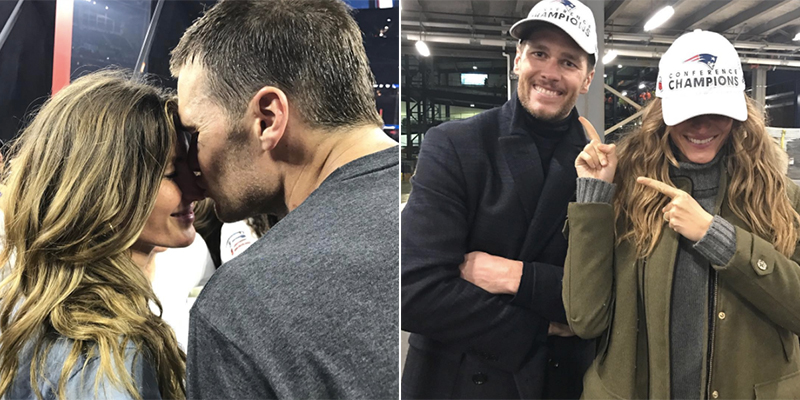 It’s official, Tom Brady is the head honcho, the top dog, the GOAT, the best to ever do it. In last night’s Superbowl LI Tom Brady secured his spot among the legends.
With 5 rings, Brady has now surpassed previous leaders and legendary quarterbacks Joe Montana and Terry Bradshaw to become the greatest most-winningest quarterback of all time.
Whether you like it or not, Tom Brady is a winner.
Last night in one of the greatest Super Bowl performances ever Tom Brady pulled out a win in overtime in the most dramatic fashion as his supermodel wife Gisele Bündchen cheered on.

I can't wait to find my Gisele pic.twitter.com/EtmFFWtuSz

At the end of the first half, the Atlanta Falcons seemingly had the game in the bag, with a score of 21-3 the Patriots were only able to score a field goal against Dan Quinn’s defense.
However, with three minutes left in the third quarter, the Patriots rallied their way back from a 25 point deficit to a tied game at the end of the 4th quarter; pushing the game into OT, the first time the Superbowl had ever gone into overtime.
In OT the Patriots won the coin toss and pretty much the game at that point.
There was no way Brady was going to give the ball back to Matt Ryan, and he didn’t; with a quick shovel pass to running back James White, the Super Bowl was over just like that and Tom Brady was once again a champion.
Brady undoubtedly has a lot of haters. Last year at the Superbowl MVP ceremony he was the only player who was booed. But he also has a helm of support.

He has the whole state of Massachusetts behind him, an entire organization, and family and friends.  One of those supporters who happens to be his biggest supporter is his Supermodel wife Gisele Bundchen.

Tom Brady tha ? and all but Gisele just fell off my draft board! Is she doing "The Lasso"…is this 1985?!! ? #Superbowl #Patriots pic.twitter.com/2Dd1rLS19I

One of those supporters who happens to be his biggest supporter is his Supermodel wife Gisele Bundchen. She could be seen in the stands going crazy and doing 80’s style “lasso” victory dances to support her man’s win.
She also took to Instagram to praise his hard work, the caption read:

“Wonderful things come to those who work hard with focus, tireless dedication and who never stop believing. Forever grateful for this moment. Congratulations my love!!

When asked about his winning lifestyle and the support he receives Brady humbly responded,

“I don’t know, I’m very blessed and hopefully that will continue for as long as I’m around.”