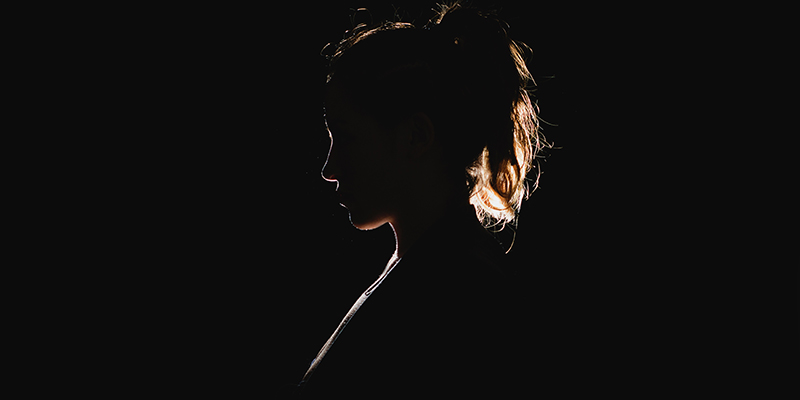 Bring Her Back To Life: How To Recover When She’s Ghosting

“Ghosting”: The act of disappearing on a romantic partner without so much as a “Screw you, I’m out.”
Whether we like it or not, ghosting has become a widely accepted form of breaking off a casual relationship in our generation.
Despite its adorable little nickname, the act of ghosting is anything but cute. In fact, it’s plain rude. Rather than confronting an issue with grace and respect, people have turned to crickets to terminate a relationship for them.
If it weren’t for social media, I’m sure a person who’s been ghosted would worry that their (potential-soon-to-be) significant other were lying dead in a ditch somewhere, thus the reason for cutting communication.
The sudden silence is confusing for those on the receiving end. It leads to questions, insecurities, and hurt feelings. The worst part is that you can never actually be sure why you’re being ignored, especially when it’s by someone who seemed happy to date you the day before.

Are you concerned that you’re currently being ghosted? Then consider these reasons, advice, and tips to help you get through the foggy mess she’s left in her abrupt absence.

Why is she ghosting you?

It sucks, but if you two met on Tinder, Match, or any other dating site, chances are you’re not the only one she’s chatting up.

She’s too busy at work to text you one day, and soon one day turns into two and so on. Before she realizes it, too much time has passed and she’s afraid it’ll be awkward – or worse, that you’ll be mad – if she send you a message to apologize for disappearing.

Some girls don’t want to sit around texting all day; they want you to make a move and take the initiative to make a date. If you’re relying on texting as your only means of communication, she might’ve gotten bored and went for a guy who asked her out.

You had a great first date, and now you text her every morning, afternoon, and night. If minutes are going by in between her replies (often, not just once), she might be thinking about moving on to someone less needy.

Of all the reasons she might be ghosting you, this one sucks the most.

If you think you’re being ghosted, what actions should you avoid taking?

If a single day has passed without word, give it some time before going off the deep end and deleting all of her contact info. She might genuinely be busy, and she’ll get the wrong impression if she texts you the next day only to receive the reply, “Sorry, but who’s this?”

If someone’s ghosted you, let her be the jerk. Don’t try to one up her by sending her mean texts or Facebook messages. Stay classy even when it’s hard.

For some people, drinking after a break up is a natural reaction. Hey, to each his own, but don’t drunk dial her. Your slurred words aren’t going to have the impact you want. In fact, they might just make her glad she made the decision to up and leave without a word.

What should you do if it’s clear you’re being ghosted?

(We talk about the best way how here)

If she’s still acting like you don’t exist, let her go.
Sometimes these types of people come crawling back after days, weeks, or months, but don’t let her back into your life.
Relationships should be built on mutual respect, and she clearly doesn’t respect your time or feelings.
Move on to someone who understands and respects your time and efforts because that’s who you deserve.