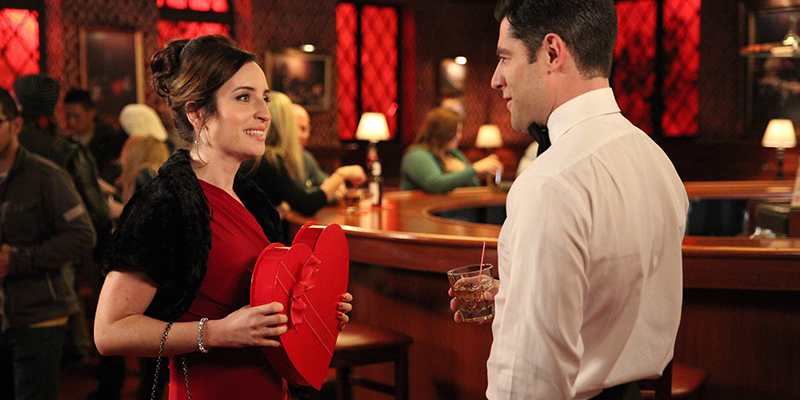 By The Numbers: 6 Eye Popping Facts About Valentine’s Day

There are a number of theories about the origin of the one of the world’s biggest holidays but the most popular theory starts with Emperor Claudius II.
Apparently, Claudius was against Roman men marrying during wartime so Bishop Valentine took it into his own hands and performed secret weddings.
February 14th is known by some as a romantic day filled with chocolates, roses, and very expensive dinner dates.
For others, it’s a day hilariously named (S.A.D.) or Single Awareness Day, where some come to terms with just how brutally single they actually are.
No matter what side of that you’re on, here are six interesting facts you probably didn’t know about Valentine’s Day.

Over $1 Billion worth of chocolate is purchased for Valentines Day

And that’s just in the United States!
It’s no secret that chocolate is the most popular candy in America, according to CashNetUSA, 72 percent of all Halloween candy bought last year was chocolate.
So it’s should come as no surprise that over  $1 billion of it will be purchased today.

There will be a lot of proposals tonight.

This is a tricky one, on the one hand, tonight marks the most romantic day of the year, on the other hand, it can be really disastrous if not approached the correct way says romance expert Michele Velazquez.
On average the number of proposals Valentine’s is about 220,000.
Make yours special.

Valentine’s Day is a holiday for procrastinators.

Remember back in college when you would get a test and you would wait until the absolute last minute to get started on it?
Well, Valentine’s Day is exactly like that, it’s estimated that over 50 percent of all Valentine’s Day cards are purchased in the six days prior to the holiday.
Just a tip, it’s probably against your best interests to wait until the last minute. The cards and the candy will be more expensive and the dinner reservations will be almost impossible to come by.

Chocolate was once prescribed to patients

In the early 1800’s, physicians would prescribe chocolate to love sick patients to calm them.
Not only that, early doctors had ideas of the miracle-inducing medical capabilities that chocolate possesses.
According to a study by Carl Keen a professor of internal medicine at the University of California, Davis,

“Within cocoa, there’s a family of compounds known as flavanols,” says Keen,”These have antioxidant properties, and are rapidly absorbed when you give a person chocolate that’s rich in them.”
“Flavanols, and another compound  theobromine  appear to be at the root of chocolate’s healthful properties. And while neither compound is likely to cure smallpox, researchers are finding that they might be responsible for other health benefits that early physicians identified.”

Other Countries Celebrate Valentine’s Day, their own way.

In Finland Valentine’s day is called Ystävänpäivä, which translates to “Friend’s day”. There you celebrate your family and friends than your loved ones.

Wearing Your Heart on your sleeve, literally.

I bet you didn’t know where that phrase came from.
Apparently, in the Middle Ages, when young men would go “jousting” they’d wear a handkerchief or an item that belonged to the women whose honor they were defending.
After, they would wear this name pinned onto their sleeves for one week for everyone to see.
This is essentially where the expression “to wear your heart on your sleeve.” came from.