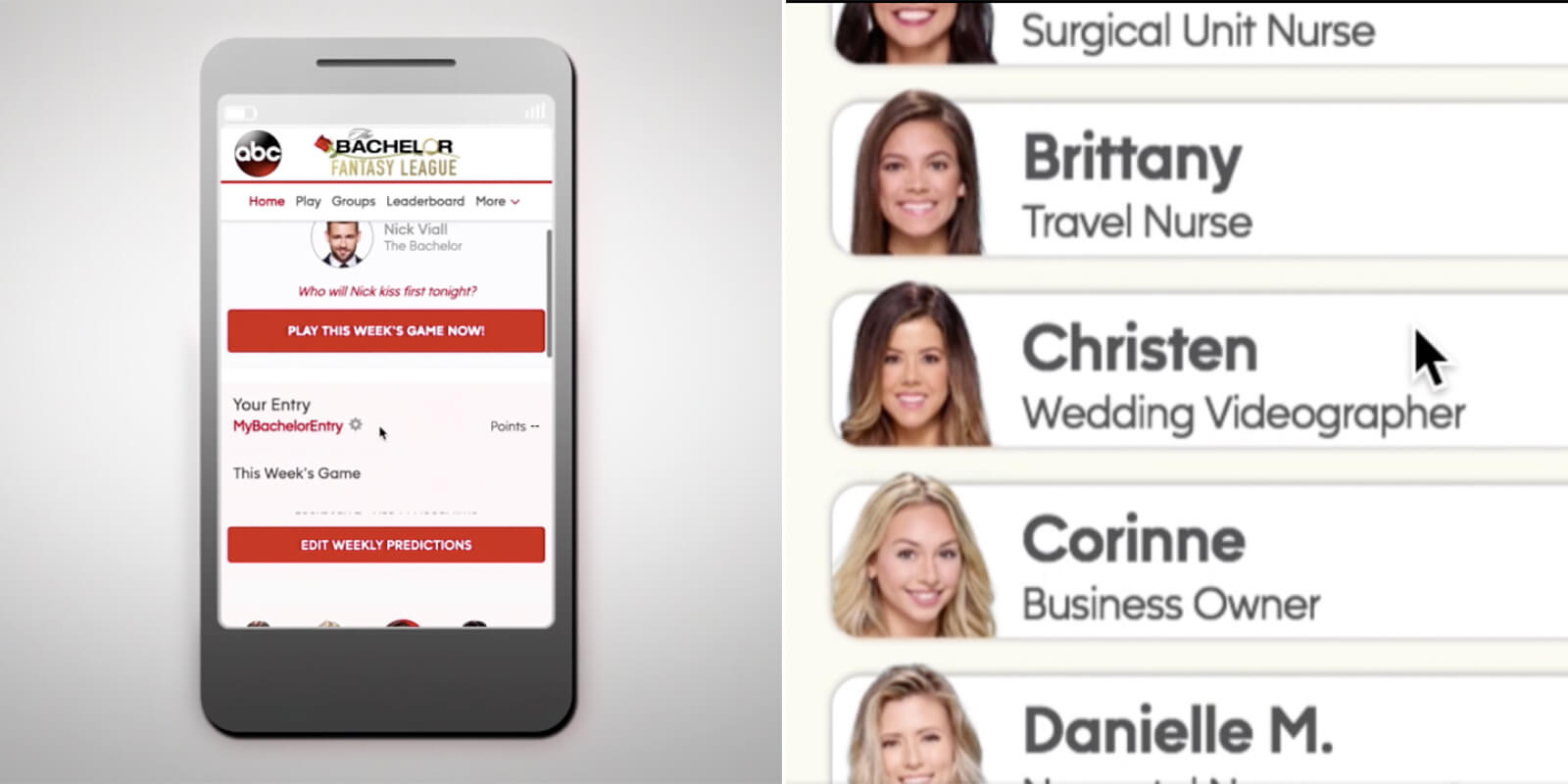 ESPN Is Launching A Fantasy League For The Bachelor, Yes You Read That Right

In this era of constant virtual competition, you can now create fantasy teams with ESPN’s newest cash grab opportunity in The Bachelor Fantasy League.
ABC has teamed up with ESPN to structure this newfound game capitalizing on the structure of The Bachelor, which ultimately sees female participants fight for the affection of a single man.
The league, which will be hosted on the ESPN Fantasy App, according to the sports news network, translates just like their other fantasy games including football, baseball and basketball.
Now, men and women who can’t get enough of fantasy betting and lost out in their playoffs can fill that empty void by getting lost in the dreamy eyes of this season’s bachelor, Nick Viall.
According to ESPN, the league is offering an incentive for men to participate by allowing people to,

“Earn points for a chance to win a dozen roses or the Grand Prize, a trip for two to Los Angeles with tickets to “After the Final Rose” for the The Bachelorette this summer.”

Honestly, if you need something to do and are so far gone to participate in the non-activity that is fantasy leagues surrounding the love life of people you’ll never meet, maybe you need to find other hobbies – like going to the gym or anything else that could be productive.