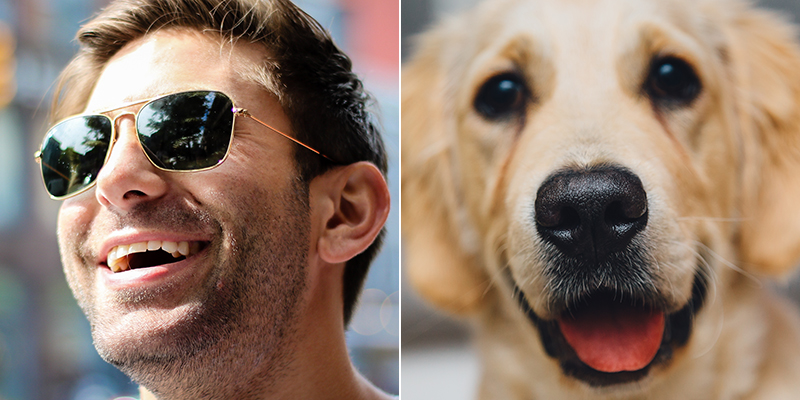 Growing up I’ve always maintained the notion that dogs emulate their owners.
Maybe it was me justifying my horrible neighbor who had an equally unpleasant boxer, but according to new research conducted by animal behavior researchers, I may have not been too far off.
Dogs are incredibly perceptive to what energy we exude. They can sense when things in their home are tense, or when their humans are unhappy.
And according to a study recently published in the journal PLOS and highlighted by the BBC, that sensitivity means that dogs often take on elements of our personalities, too.
Some dogs are aggressive with strangers, while others aren’t. Some pets are startled by loud noises while others remain calm, and I know dogs who will throw a fit if you aren’t cuddling and others who hate being touched.
After recruiting over 100 dogs and their owners and monitoring how they reacted to different types of stress using behavioral test and physical markers like heart rate and saliva samples to detect the stress hormone cortisol.
What they found was that the owners who reacted in an anxious matter had pets who did the same. The more tranquil the owner, the more passive the dog.

“Owners and dogs are social dyads [a group of two], and they influence each other’s stress coping,” lead author Iris Schoberl, an animal behavior researcher at the University of Vienna, told the BBC.

So when you see a bond between man and dog, what you’re seeing is far beyond the eye. You’re witnessing true synergy, to the point where you’re dealing with yourself in some ways.
We often take for granted the intelligence of animals, and this case is further proof of the subtle ways they adapt to make our lives easier.