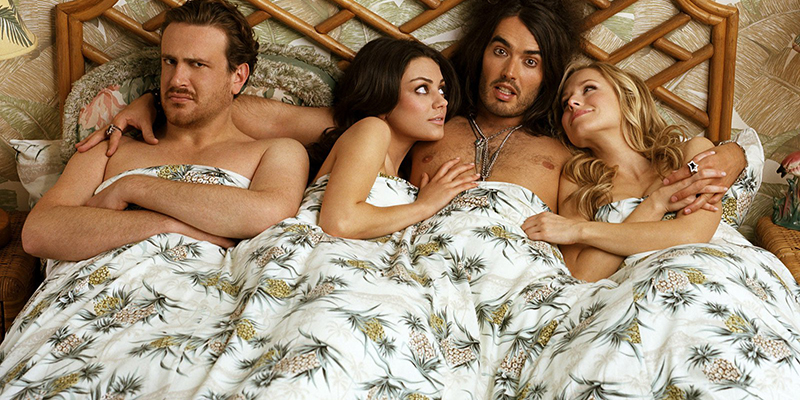 Study Shows Open Relationships Just As Successful As Monogamous Ones

Monogamy has been the norm for centuries. Whether it’s through religious doctrine or societal structures, having one partner is just the accepted form of romance throughout modern times, at least in Western countries.
As attitudes towards sex and sexuality become more relaxed in our day in age, we should question why monogamy is seen as more beneficial and preferable.
I mean, if you really care and love someone, by all means be with them, but if you find yourself constantly thinking about that fabled green grass on the other side, maybe it’s time to reevaluate things.
A study out of the University of Michigan took on the subject of non-monogamous relationships, basically what we call “open relationships”, and the results were rather interesting.
As Terri Conley, the study’s lead author and associate professor of psychology and women’s studies at University of Michigan, said in a news release, they found very little difference in happiness between the two types of relationships.

“Overall, the outcomes for monogamous and consensual non-monogamous participants were the same – indicating no net benefit of one relationship style over another.”

Basically, there’s no real difference in the “success” of monogamous versus non-monogamous relationships. From the study itself,

“Because the idea that consensually nonmonogamous (CNM) relationships are functional (i.e., satisfying and of high quality) is controversial, we included a basic study to assess, in a variety of ways, the quality of these relationships. In that study, we found few differences in relationship functioning between individuals engaged in monogamy and those in CNM relationships.”

Basically, if researchers came up with favorable conclusions about polyamorous relationships, they were thought of as biased.
At the end of the day, do what makes you happy. If you are in a fulfilling, trusting, happy relationship, so be it. If you want to spice things up, that’s fine too. Just make sure everyone involved is getting what they want out of the relationship.

Play The Field: How Wisdom And Experience Make You Better At Sex
Trust Your Gut: Why Dating With Your Instincts Will Help Your Love Life