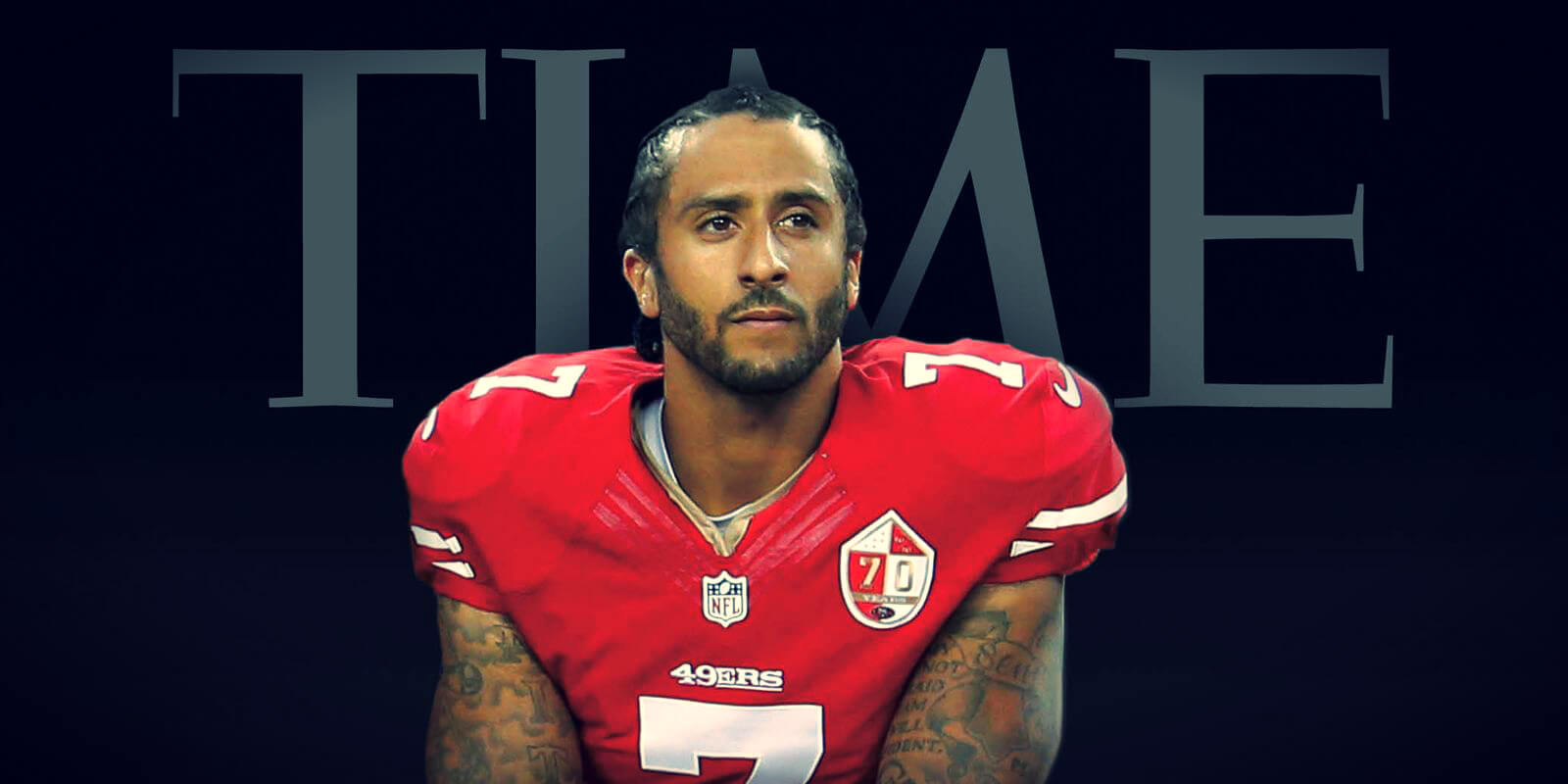 San Francisco 49ers quarterback Colin Kaepernick will feature on the cover of Time magazine’s October 3rd issue in the wake of his decision to protest the national anthem due to racial injustices in the United States.
Kaepernick’s decision to kneel during the national anthem has sparked a vitriolic debate about race relations in our country and even what the national anthem itself represents.
Other NFL players have been inspired by Kaepernick’s protest. Martellus Bennett and Devin McCourty of the Patriots raised their fists during the national anthem before a game against the Cardinals on Monday Night Football.
The polarity of American society has been on full show throughout this entirety of this issue. While Kaepernick’s jersey sales have sky-rocketed, a recent poll revealed he is the most disliked player in the NFL.
Steve King, a Republican Congressman from Iowa, who in July asked what ‘sub-groups’ had contributed as much to society as white people, went ahead and shot his shot claiming Kaepernick was sympathetic to ISIS:

“I understand that he has an Islamic girlfriend that is his fiancée, and that this has changed him, and he has taken on some different political views along the way… This is activism that’s sympathetic to ISIS.”

Whether or not you agree with what Kaepernick is saying (there is racism in America, this is hard to deny) it is his basic constitutional right to say and do whatever he wants. That is what “freedom of speech” means.
A lot of people are exposing themselves and their ideas of American freedom in the wake of Kaepernick’s protest. Police officers are threatening to refuse to protect the team if protests continue.
The growing number of death threats Kaepernick has received is evidence of the racial animosity he himself is protesting. The 49ers quarterback says if these threats were to actually materialize, it would just prove his point:

“It’ll be loud and clear for everyone why it happened, and that would move this movement forward at a greater speed than what it is even now… Granted, it’s not how I want it to happen, but that’s the realization of what could happen. I knew there were other things that came along with this when I first stood up and spoke about it. It’s not something I haven’t thought about.”

Colin Kaepernick has the balls to stand up (or kneel) for what he believes in without harming anyone, besides some rather fragile egos. That is something no one should ever have to apologize for.