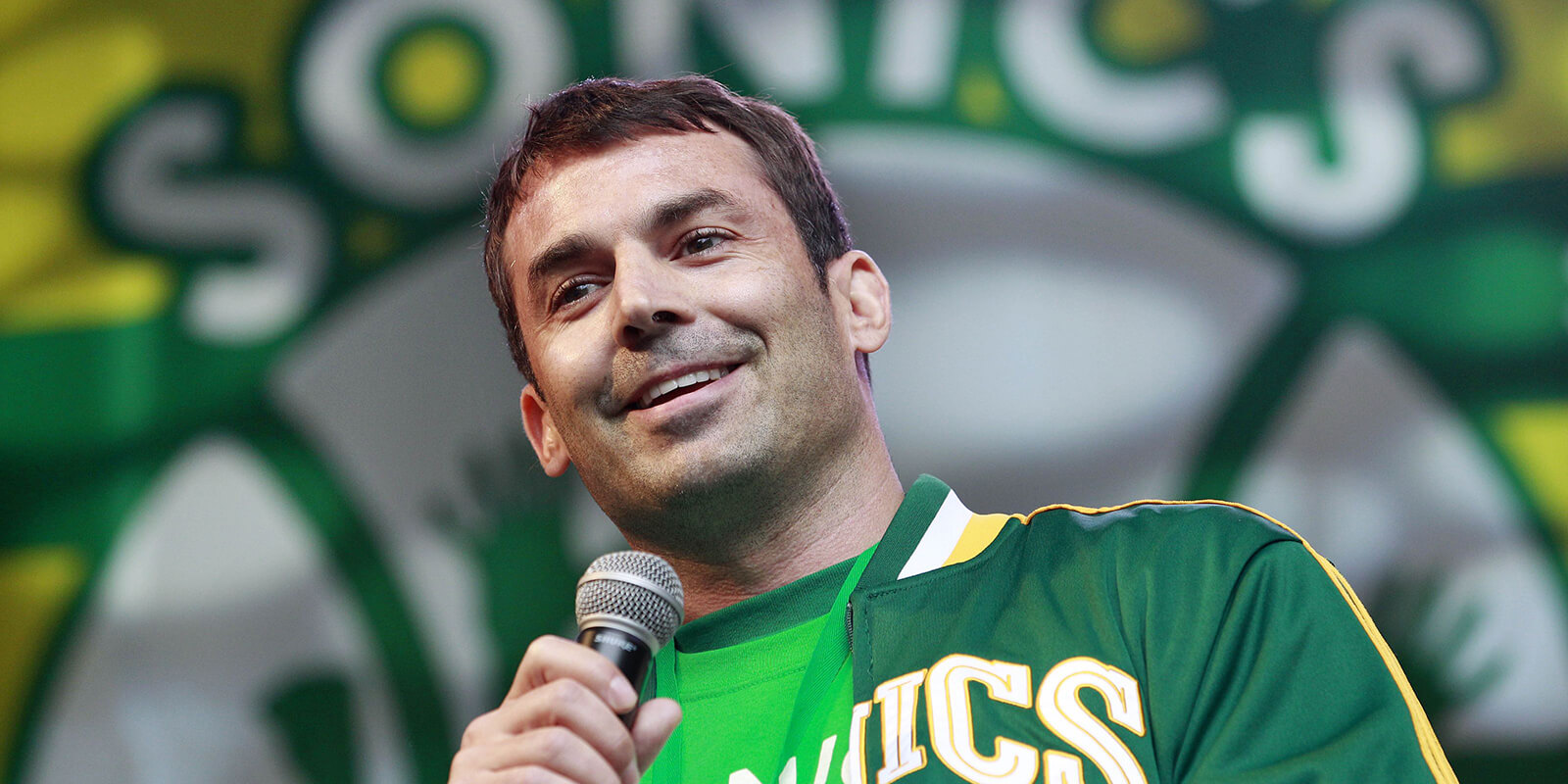 Chris Hansen, hedge fund manager and billionaire, really wants to bring a basketball team back to Seattle.
The Seattle Supersonics left the Northwest in 2008, heading to Oklahoma City after being purchased by a group of Oklahoma-based oil barons.
Hansen has tried desperately to bring back the Sonics to Seattle, a city famous for its great fans and atmosphere.
In 2013 Hansen tried to buy the Sacramento Kings from the Maloof family and move the team to Seattle.
Hansen even paid $39 million more than the winning bid, but the city of Sacramento pledged more money for a new stadium than the city of Seattle and Hansen thus missed out on the opportunity.
Hansen hasn’t given up on his dream of bringing basketball back to Seattle, but a measure to sector off a plot of land, and $200 million in city bonds, failed to pass the city legislature in a 5-4 vote.
Now, Hansen, in a letter to the mayor of Seattle has pledged to use his own money, not the taxpayers, to fund a new stadium.
The letter reads:

Our goal has always been to return the NBA to Seattle and to build a new arena to make that possible. Our partnership with the City and County started five years ago was based on a recognition that private financing of a new arena in the prevailing economic conditions was not economically feasible. The goal of this partnership was to build the arena and bring an NBA team to Seattle. Public financing was simply a mechanism that made that possible at the time.
We have concluded that a changed economic climate makes possible the private financing of the arena. For that reason, and to address concerns expressed by City Council members, we would consider revising the street vacation petition to eliminate public financing of the arena. In such a case the MOU would be terminated and the rights and obligations of the parties under the MOU would end. The City and the County would recoup the $200 million in debt capacity and tax revenue streams generated by the arena would cease to be encumbered for arena debt service.

This is a major step in getting basketball back to Seattle, but also in the ugly business of stadium finances.
Too often taxpayers are bearing the burden of millions–even billions–of dollars to pay for a new stadium for owners of sports teams that are already billionaires.
It is simply a scheme for billionaires to pad their own pockets with a new toy of a stadium, built for them by the hard work of everyday taxpayers.
Owners argue that a new stadium will help a city’s economy, which is blatantly untrue. It is nothing more than a sham.
Hopefully more sports team owners  will pay for their own stadiums, you know seeing as they are billionaires.