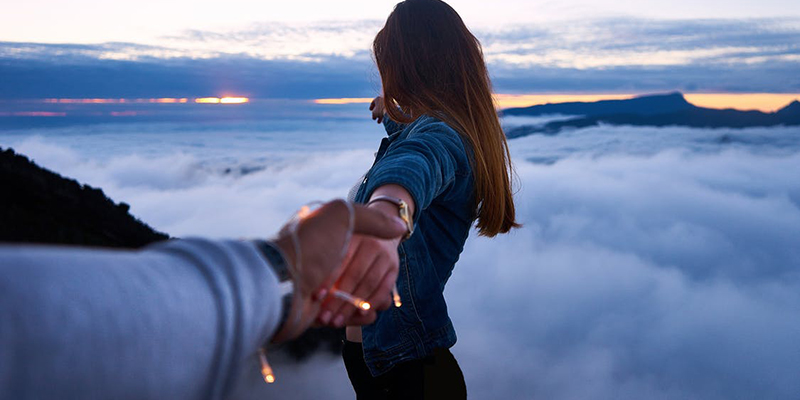 Build Yourself: How To Attract Women You Actually Want

Have you ever found yourself attracting women that you’re not into?
It’s not that you aren’t attracting women or even a case where you’re not putting yourself out there.
It’s just that, for whatever reason, the bait you’re using attracts women that you are not satisfied with and that you would completely not go for.
Or maybe you need someone challenging in your life.
Intellectual stimulation may very well be a standard you keep for your inner circle and is something you desire in your romantic life, as well, then you can imagine how discouraging it would be if the only women you landed could not go topic for topic with you.
There is a saying that goes: “beggars can’t be choosers,” but that expression doesn’t fit here.
Because you aren’t begging. You know yourself and you know what you want, it’s just that the right ones aren’t coming your way.
Well, it all starts with expression: the things you are putting out into the world, the words that are coming out of your mouth, the way that you’re acting.
Then, the feedback: or what you’re hearing about yourself from your peers and from the romantic partners you do have which go into how you interpret the world around you. And finally your primary value: what makes you, you.
Yes, you may be having poor luck of late but it’s not your job to make the proclamation that ‘hot girls are not into you.’
We are the company we keep.
So if the people you around accept less for themselves and do nothing more than feed into the hype of you only getting certain type of girls, your situation won’t improve either.
And you cannot lose touch of your primary value — the special sauce that no other guy has the recipe to.
The problem with guys attracting women they always feel are below what they deserve to attract, is they’ve been displaying an aura on par with the grade of women they’ve been scoring.
Think of the last time you were in a bar.
Get a couple of drinks in you, and you’re carelessly talking-up-a-storm to these supposedly ‘sub-par’ women.
Adversely, when we’re around the women we really want — the nines and tens — we freeze up and act completely out of character, overcompensating with unnecessary talk trying to impress in ways that really just end up hurting us.
And we wonder why we always end up with the latter.
When we become more confident we allow our disposition and presence to catch up with our expectations.
The same swagger we have around the women who’s number we feel we could snag in our sleep should be exercised around the women that always seem to slip through our fingers.
Women can sense when we’re uncomfortable and not being ourselves.
The second we lose that jitteriness, we’ll be attracting the women we actually want and feel that we deserve in no time.
Apart from our lack of ease, not having an actual lifestyle can turn away the prize that we’re always trying to acquire.
When you don’t have anything going for yourself, you’re going to attract women who have nothing going for themselves.
If you are fortunate to interact in an engaging conversation with a beautiful woman, she’s going to want to know what you have to offer.
That means you have to be interesting outside of your 9-5 and outside the context of the club.
Half of the men who are striking out with the women of their preference aren’t saying anything interesting enough to catch their attention.
This does not mean brag about your accolades or about how much money you have, it means being human enough to bring up your passion projects, the weekly silly activity you and your lame friends do every week and all the relatable little things that inspire human connection.
Skip the bar talk. Next time you get her in front of you, try to avoid impressing her. Instead, show her your lifestyle.
Not only is this more inviting and inspires better conversation, it gives her an incentive to want to be a part of your life.
Once you master confidence and display what your lifestyle has to offer instead of showing off, what you’ll notice is that, just like when you’re with women you don’t think highly of, your personality will begin to shine.
And your personality is your game.
I think our society has hyped up “game” too much. They’ve broken it down to pick-up lines, openings and even techniques on how to conversate.
But in reality, you, in your natural habitat, is all the game you need.
The reason we lose out on the women we want the most is because we end up trying too hard.
We pull out the jokes, the lines and end up showing this person that isn’t us.
Let your goofiness shine.
If you’re a jock, don’t hide it. You never know, she might be into sports, too.
The moment we begin leaning on our personality instead of hiding with these tricks, our authenticity will translate and the person we want the girl of our dreams to see will indeed see it.

Make A Good First Impression: How Much Should You Reveal On A First Date?
Buyer Beware: Twenty Signs You Are In A Relationship With The Wrong Woman