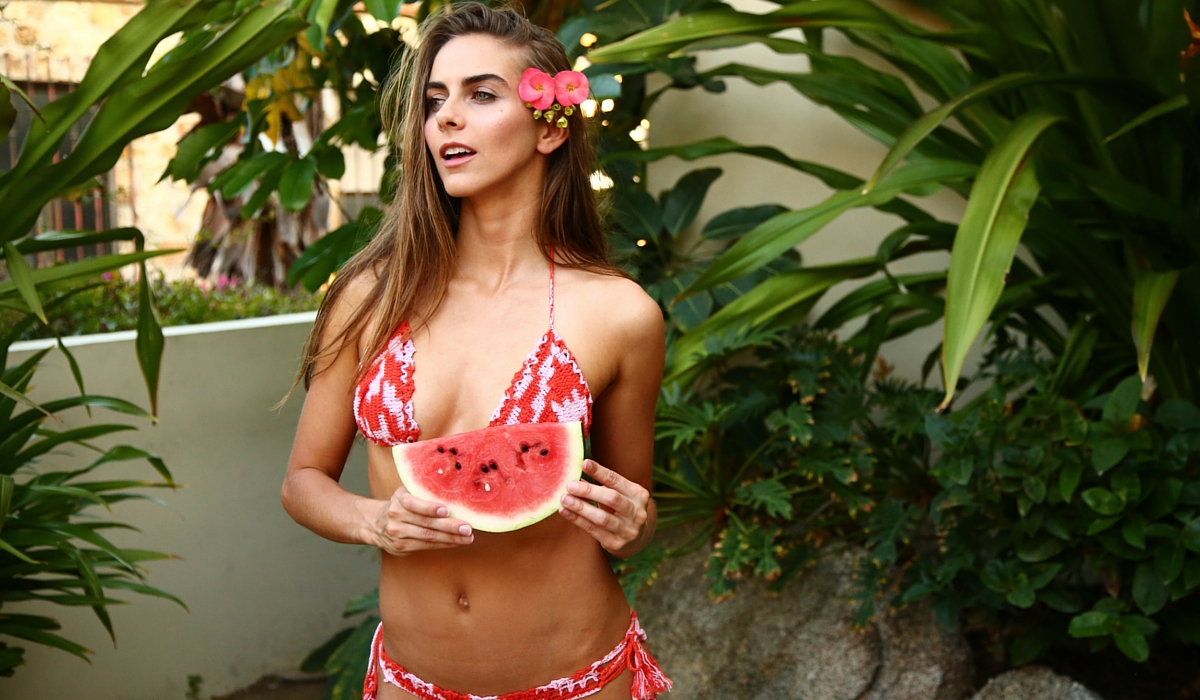 Behind the Scenes of Average Joe: Tasha Courtney

The Social Man went behind the scenes with model and actress Tasha Courtney.

The gorgeous and talented Californian has stolen covers like Victoria’s Secret and Bliss Magazine. We just couldn’t resist getting another in-depth interview to share with TSM army. Enjoy and take notes, fellas.
Q: What’s the biggest thing you’ve had to overcome in your industry? How’d you do it?
A: I would have to say gaining confidence in my abilities and learning to really realize my self-worth. It was hard at first to set standards for things like salary and time commitments, but now I’ve learned that I’m valuable. It’s ok to have standards, and employers aren’t going to decide not to hire me just because I have those standards. In fact, they respect them.

Q: When you’re acting, what’s your favorite type character to play? (E.g.The damsel in the distress, the villain, the girl-next-door, the bad ass, etc.)
A: Honestly, I love to play The Bad Ass, especially when the character is really strong and has depth. I’m typically offered roles like the bubbly cheerleader or cute, happy girl, so when I get to move away from those roles I really have fun with it.

Q: You worked on hit shows like Gossip Girl and in that time have worked alongside a lot of celebrities. Which actor that you’ve worked with do you find the most charismatic in real life? Why?
A: I’d have to probably go with Steve Buscemi. He’s just so cool and unbelievably talented. Boardwalk Empire is probably my favorite show, and it’s mainly because of him. I got to meet him on the set of Burt Wonderstone, and I was just so star-struck. Like, seriously, he’s so cool.

Q: In your interview you said that you find old school chivalry charming. What modern day dating habit would you like to see ditched?
A: Well, I don’t like texting culture very much. It just doesn’t build romance. I don’t want to have a conversation with a guy where every single text and reply is perfect and scripted. It’s too safe. Real conversations can actually build a relationship, even if it’s a conversation over the phone because you get to hear each other’s voices and reply in real time. Heart emojis just don’t convey anything real.
AND sorry but I also have to add hook-up culture. Online or in real life, it just bothers me that some guys don’t want to date anymore. They won’t ask a girl on a date; they’ll ask her to hang out.

Q: Do you think chemistry can be created, or is it something that’s either “there or not”?
A: It’s a little bit of both. I think it can be cultivated, but you need willingness. I’ve had friends who weren’t exactly all hot and bothered when they first met a guy, but then after giving it a chance, relationships happened.

Q: With apps like Tinder and Bumble, women have so many options! What’s the best way for a guy to stand out of the crowd?
A: I’ve actually never been on any dating apps (since I don’t like texting culture), but the number one thing I’d tell a guy is don’t use gimmicks! Humor is great, but I think it’s pretty obvious when you didn’t read anything about the girl and you’re just copying and pasting the same gimmick to every girl you come across.

Q: What is the biggest deal breaker for you in a relationship?
A: Ugh. Guys who lie and are self-centered. Girls need truth and attention. It’s that simple.

Q: What is the one piece of advice you’d give your younger self?
A: This one is tough, but I heard this really great piece of advice so I’ll go with that: Nothing works out exactly the way you want it to so let go of anxiety. Go with the flow because whatever is going to happen is going to happen anyway, regardless of your worrying. All good things come in time, so just be patient and let things happen.

Q: What is the one piece of advice you’d give to single men out there?
A: Guys need to be upfront and transparent about what they want when going out with a girl. It would save everyone involved so much time and confusion. If you want to go out on a date with a girl, spell it out. Ask her, “I’d like to take you on a date. Would you be interested?” Saying this instead of, “Let’s get a drink” is so much clearer because now she’s not wondering Is this a friend date? A work thing? What exactly are his intentions? Now she knows exactly how to react. Not to mention, this could probably save a lot of guys from the friend zone.

Melissa Riso: Behind the Scenes of Average Joe
14 GoT Gifs That Sum Up Dating In 2016