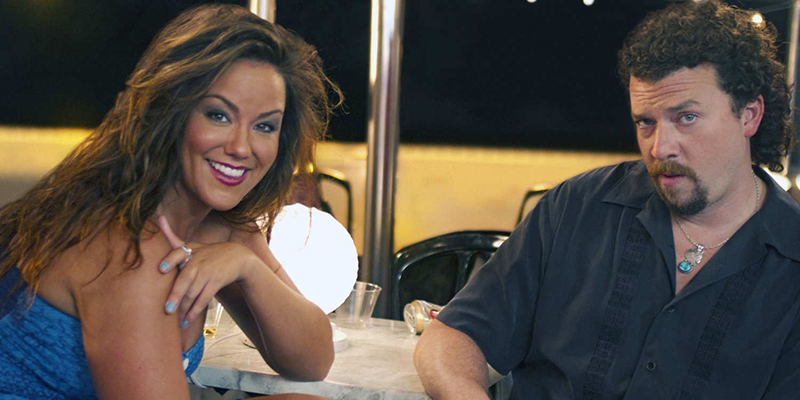 Good And Bad: How To Be The Right Type of Jealous In A Relationship

There are not many feelings in life better than being in a loving relationship. After surviving the trials of courtship and growing comfortable through those butterflies, it feels like you won. It honestly feels like you’re on top of a mountain.
So, because of the work you put in, like any other hard-earned accomplishment, some of us tend to become a bit possessive over our significant others.
This possessiveness however, is the first and most slippery step towards jealousy — which is an entire animal in itself.
Shakespeare actually describes this animal as a green-eyed monster. As he puts it, jealousy is an emotion that can pop in your head unannounced during a relationship. Out of nowhere, you can go from being soundly in love to being at each other’s necks.
It’s an emotion that somehow encompasses suspicion, rage, possessiveness and humiliation all in one — and it can happen to anyone.
A large part of being emotionally responsible and having high emotional intelligence is knowing how to deal with these bouts of jealousy.
With the proper mindset, we’ll not only be able to make sense of and recognize our random acts of irrationality, but we’ll also be aware of displaying good kinds of jealousy and being honest about the bad ones.
There is balance in everything, and once we accept our feelings of jealously as the natural emotions they are, we won’t feel ashamed to have them and we’ll know how best to use them going forward.

Believe it or not, there is actually a good way to be jealous.
Even in the strongest relationships, women will still fight for our attention — that will never end.  And in doing so, they will throw certain tests and curveballs our way just to gauge how much we care.
This is why being too complacent when she does this not a good idea. This not only makes her think you don’t care and think you’re emotionally detached.
I am not the jealous type. I’d like to think that I have a good enough gauge of character to be with someone loyal that I know will have the power of breaking my heart.
But whenever my girl is being needy for attention (trying to make me jealous) I’ll play along accordingly.
Laughing at other men’s jokes, going out on ‘girls night’, and getting all hot and bothered over her celebrity crush are all cues for you to give and show some attention — they’re are calculated antics to monitor our attention and emotional investment.
Even when it comes to her guy friends: there’s only going to be so many times you shrug off meeting the other male influences in her life before she gets upset.
Even if you’re not intimidated and you really don’t like him or any of her friends, good jealousy would be meeting up with him and jokingly adding that she better not have any ideas.
Now, there are plenty of cases where men never showed any sign of jealousy and the relationship worked, and that’s fine. But a lot of women just find it cute when you’re concerned.

Showing zero signs of jealousy is bad, but being overly jealous is worse.
Yes, we worked hard to be the man in our prospective woman’s lives, and we’re protective over them, their well-beings and how they develop as individuals, but they are not our possessions. They are their own person.
That very last thing you want is to be the guy that doesn’t let his girl go anywhere or even worse, they boyfriend of the girl who says she cannot with her friends because she wants to avoid a fight when she gets home.
The same goes for her having guy friends. One one hand you want her to have friends, you want her to be able to hang out with other men.
But, because you are a guy and you know how men can be, you can’t help but let that green-eyed monster rear its ugly head.
When this happens our obligation is to voice our concern. Instead of acting out emotionally or not saying anything and letting it build, just let her know that you are jealous.
Again, feelings of jealousy are natural. We can’t help the passion we feel for someone, but what we can do is be honest about them and confront them head on.
Maybe compromise for you two means constant affirmation while she goes out with her friends. Or an agreement could be that she introduces you to her male best friend and that she ensures that he puts your mind at ease or possibly create an environment where the three of you can hang out.
The thing about bad jealousy is that it shows insecurity. When you’re adamant on limiting her communication with other people, what started off as cute and loving then turns into controlling and psycho.
Jealousy can come from our own guilt, from not feeling good enough, or just because we have no handle on how much we care. The good thing is that all and the above can be addressed once it’s accepted as an issue.
Be someone who is in control of their emotions on both sides of the coin. Inquire and show concern enough so she knows that you care, and still be someone who can address and be upfront about obsessive traits. It will pay off in the long run.

5 Subtle Things Men Do That Comes Off As Desperate To Women
Play The Field: How Wisdom And Experience Make You Better At Sex