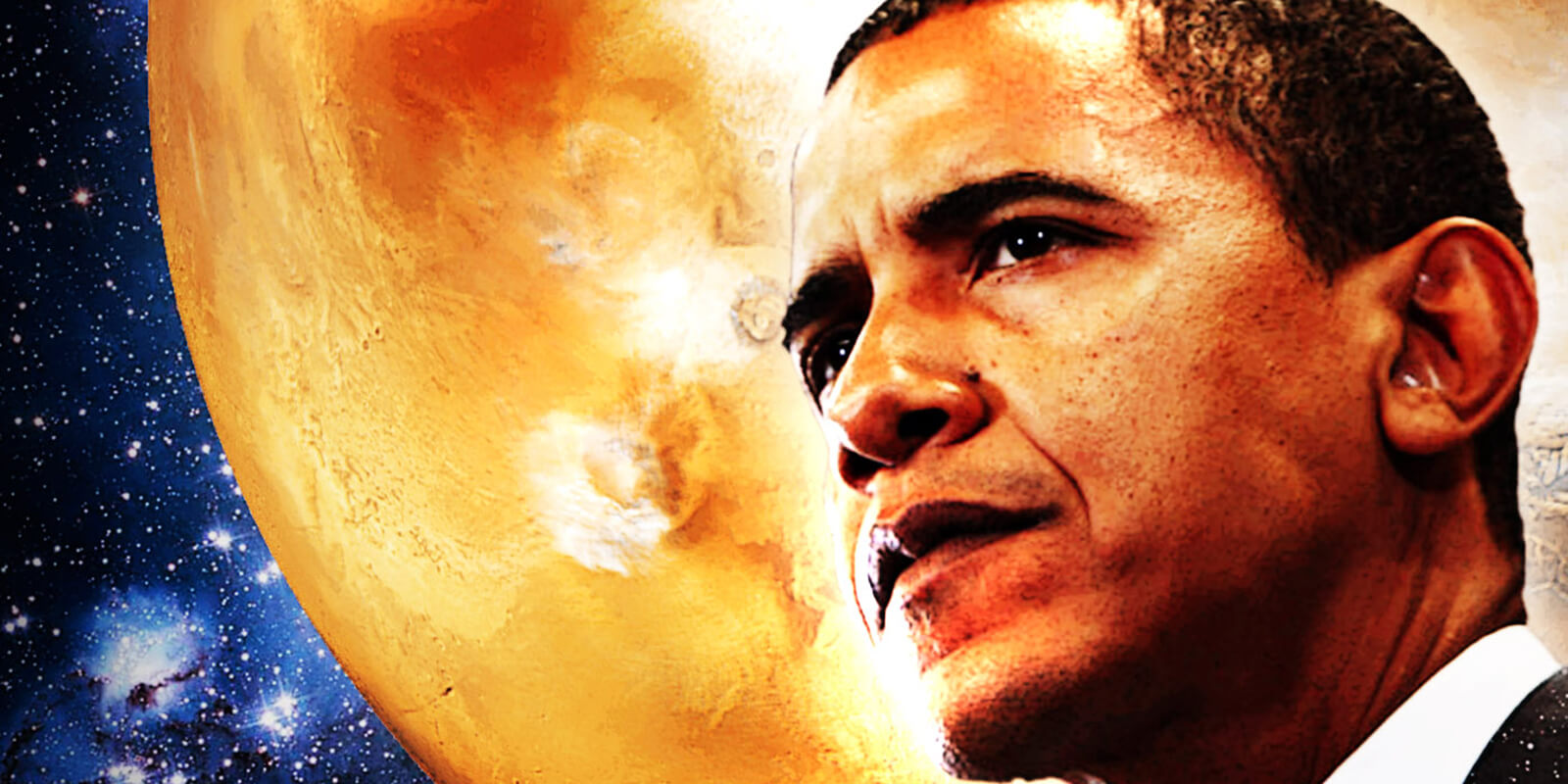 Barack Obama Announces Plan For Humans To Reach Mars By 2030

Barack Obama announced on Tuesday that he wants to put a plan in place to get humans on Mars by the year 2030.
The government will work in concordance with private technology firms, bringing some of the brightest minds on the planet together to achieve this next frontier of space travel.
Obama said Tuesday:

“This week, we’ll convene some of America’s leading scientists, engineers, innovators and students in Pittsburgh to dream up ways to build on our progress and find the next frontiers.”

It is crucial with an operation like this that the government uses all of the resources the country, including the leading tech and science minds in the country. Entrepreneur and tech magnate Elon Musk has been very vocal about his intentions to go to Mars.
Exploring space has quietly been an important issue for Barack Obama since the beginning of his presidency. In 2010 he said he “planned to be around to see” people on Mars.
Last year scientists discovered the presence of running water on Mars, leading to the possibility of sustainable life on the Red Planet.
While NASA has been able to send up various rovers armed with cameras and GPS trackers, the idea of sending actual humans to Mars has always been a mere pipe dream.
It is a rather daunting and extreme task, to go to Mars, and Obama summed up the mission quite eloquently:

“For humanity to successfully and sustainably settle the ‘final frontier’, we will need to take advantage of investment and innovation in both the public and private sectors. Neither will handle this immense challenge on its own, make no mistake, the Journey to Mars will be challenging, but it is underway and with each one of these steps, we are pushing the boundaries of exploration and imagination for the Nation.”

In his last months in officem Obama is making efforts to cement his legacy. Putting in place a program to reach Mars in fourteen years would surely do that.