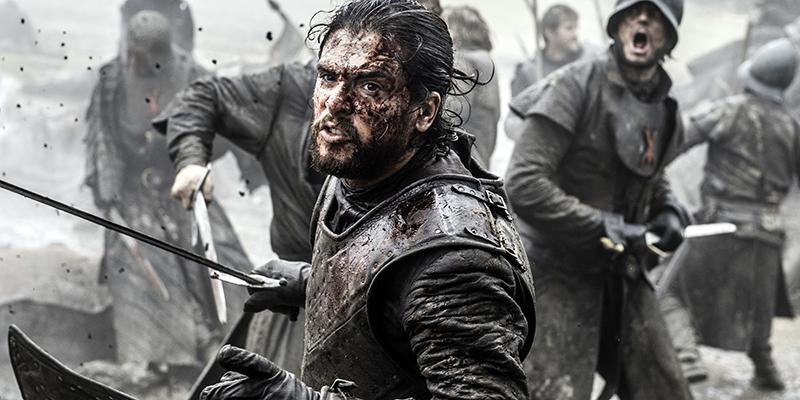 Growing up I was taught that there were two types of people in the world: leaders and followers.
On the surface, this concept makes perfect sense. If everyone were followers who would they be following?
If everyone were leaders who would they be leading?
The only problem I have with this mindset is that if not explained further or with the proper scope, one would believe that they were either born a leader or a follower, that we’re predisposed to one trait or the other.
This is not the case.
There is a leader in each and every one of us. It’s just a matter of making the choice to tap in and know what those leadership qualities are.
I can’t speak for anyone else, but my first impression of the attributes of a leader came across as overt, cocky and someone who’s a know-it-all. This is far from the truth.
A leader is the embodiment of someone who takes responsibility for not only themselves but others, a man who wants the best for himself and for the people around him.
A leader is someone who has a vision of what can be and makes things better by guiding people there.
A leader gets people excited about their lives, builds others and helps them reach their potential.
A leader is not this pompous big-headed figure I depicted; it’s actually very far from it.
A leader sees they have the opportunity to make the sacrifices others cannot and the strength to bear the burden their peers succumb to. If anything, it’s selfless.
Why be a leader?
Well, despite women loving men who know how to take initiative, there are always going to be opportunities that present themselves where it’s your responsibility to herd the cattle.
That can be from family affairs to the workplace.
It’s just a matter of choosing to step up to the plate or not.

One of the first things to learn about being a leader is how to motivate the people that you’re trying to lead.
We don’t want compliance; we want growth and that demands leadership not authority.
It’s the whole ‘leading a horse to water and making it drink’ concept.
You can get a horse to drink, possibly pour water down the horse’s mouth, but the best results come from teaching the horse to trust that it’s time to drink and that it’s safe to drink, without you forcing it to do so.
Similarly with a dog who chases cars. You can get the dog to comply.
You can nail his leash down the ground, you can tie him to a tree, but when he’s free again he’s going to go back to chasing cars.
The key is to teach the dog not to chase cars and help him grow into that understanding.
A leader is not an enforcer.
The hallmark of a true leader is someone who can properly communicate their objectives to a point where subjects willingly receive your instruction then make them a habit.
Such is the case with the women in our life.
Compliance would be forcing someone to stay, begging and lingering after they’ve shown they want out.
Growth is letting them go, trusting that they will eventually see that you had their best intentions at heart. If they see something better for themselves, fine.
But it’s not up to you to force their hand. That’s what leaders do.

To be a leader you have to be someone people are motivated to follow.
You have to bring something to the table that no one else is, and you have to be going somewhere that no else has taken them before. This is why you must be adventurous.
An adventurous leader is someone who takes risks and achieves things. Be innovative, creative and spontaneous even when you’re in a relationship.
Men often make the mistake of making the woman the adventure, when the objective should make her apart of the adventure.
While showering her with surprise gifts is great, that’s not making her a part of the adventure.
Taking her to her favorite restaurant will make a hell of an impression, but that’s not making her a part of the experience.
Instead, have a scavenger hunt or go to a cook and eat class that involves the both of you. These are just small examples of how you can lead by taking a different approach.
Phil Jackson, who has won ten NBA championships as a coach, has the nickname ‘the Zen master’.
He’d often use adventurous techniques like leaving certain books in players lockers or having the non-designated scorer take the last shot to make a point.
Taking the road less traveled makes yourself unique. It not only means you have something to say.
It means you have something to say with a fresh perspective. And people will listen to that.

One of the most important traits that a leader has is that they’re good listeners.
It’s natural to assume that leadership is all about who’s the most vocal and it can be intimidating if you buy into the idea that you’re going to have to know what to say at all times.
The truth of the matter is that you’re human.
You will not know everything and there will be moments where you have to defer to someone who is not appointed or understood to lead. And that’s okay.
When you’re with a woman, it’s okay to ask for her opinion or even direction if it’s a situation that you feel she’s more knowledgeable on.
Even if it’s a group of guys, asking for their input shows that you’re humble and that you’re not a know it all.
This temporary relinquishment of power not only alleviates you of having to figure everything out, but it shows your approachable.
There will inevitably be opportunities for you to lead, don’t shy away from them.
Relish them and prove it to yourself that you’re everything you think you are.

Your Sparkling Personality
How to Cure Neediness