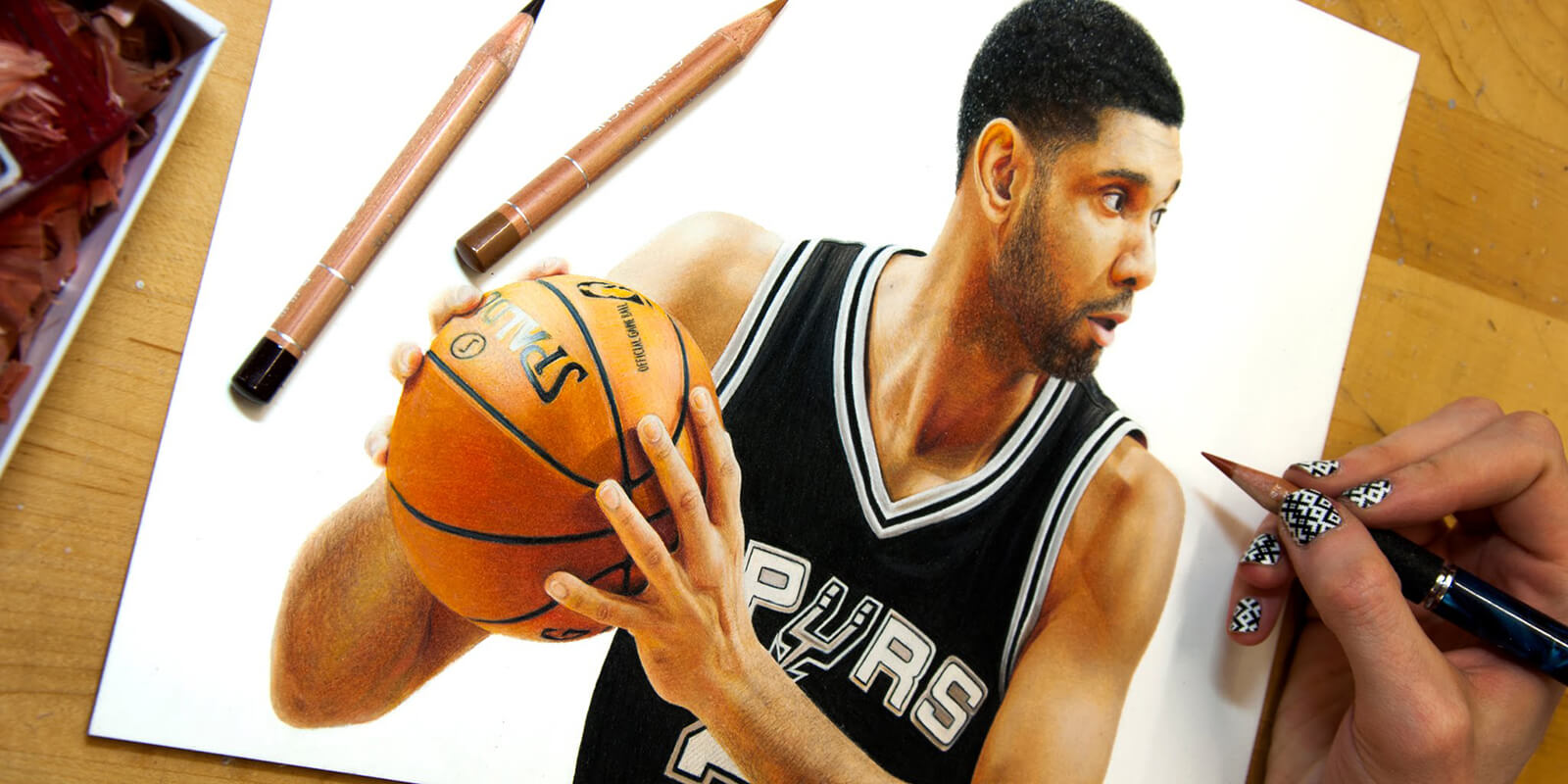 Remembering The GOAT: 3 Quirks About Tim Duncan That You Didn’t Know

The San Antonio Spurs retired Tim Duncan’s jersey this past Sunday before their 113-110 victory over the Pelicans. The 40 year old Wake Forest alum played all 19 seasons in the black and silver before calling it quits at the end of the 2015-2016 season.
The ceremonial hanging of the jersey included a touching video from head coach and long time friend, Gregg Popovich, whose relationship with the 6-11 center has often been referred to as a father-son relationship.
And understandably so: the two has the most wins player-coach duo in NBA history (1,001).
The ceremony also featured touching words from Tony Parker and Manu Ginobili, Dave Odom, his four year coach at Wake Forest, and Duncan himself.
After deciding not to announce his retirement at the beginning of last season like his generational equivalent, Kobe Bryant, and not even addressing the crowd when he finally did announce, the big man who never said much finally got the goodbye he deserved.
Deserved is an understatement. During his tenure in San Antonio, Duncan managed to round up five championships, two MVP awards, three Finals MVPs, 15 All-Star selections, 15 All-NBA selections, 15 All-Defensive selections, and Rookie of the Year.
Overall he averaged 19 points, 10.8 rebounds, 3 assists, 2.2 blocks, and shot better than 50 percent for his career on bad knees and an average 34 minutes a game.
His playoff averages were  20.6 points, 11.4 rebounds, 3 assists, 2.3 blocks, 50 percent shooting. Mr Consistency personified.
We’ve all seen the highlights; the blocks, the perfect drop step, turn right, hook shot. So I decided to remember the big guy through a more human off-the-court perspective: his quirks.
I think the silly superstitious things we do and that we’re embarrassed about are some of the things that make us individuals. Being a figure that is so soft-spoken, what better way to remember the greatness of Tim Duncan by revisiting his.

I have a friend who absolutely hates Tim Duncan, especially the "ball hug." So I send him one of these once a month: pic.twitter.com/T6pRNItbxh

As far as quirks go, the ball hug may have been Tim Duncan’s most well known. Sort of like Lebron’s chalk toss, or Vince Carter’s rim kiss, the ball hug became synonymous with the lanky shot blocker.
In fact, last night before the ceremony, fans were given t-shirts with a picture of Duncan doing his signature ball hug, forever solidifying a nuance that we see kids doing in parks everywhere.

It always felt like there was more to Tim Duncan than met the eye, you just weren’t sure what. And he loved it that way. A great example is his light hearted nature. Contrary to his stale business-like demeanor, Tim was actually very playful as seen in his daily bullying of home game reporter Sean Elliott.

The ridiculousness of the pair’s back and forth is almost shocking for Tim Duncan, a guy who seemingly never broke character. It’s a testament to how seriously he takes the game, and how well he does with leaving what happens on the court.

Duncan’s relationship with coach Gregg Popovich was one of the most notable aspects of his career.
During Popovich’s goodbye press conference to Tim Duncan, the coach made an offhanded comment about “taking [Duncan] a piece of carrot cake” as something he’d miss.
He never went in depth, but went on later to expound to the San Antonio Express-News.

“It was the thoughtful act of a father. Gregg Popovich would go to a Zagat-approved restaurant on the road with his staff, and sometimes, toward the end of the meal, he would ask the waiter for a small carrot cake to go.
He would then leave the package outside Tim Duncan’s hotel door, and Popovich’s original thinking was simple. He knew Duncan loved carrot cake.
But they say this became a road ritual that went on for years, and that the gesture was about more than a late-night snack. It was a nod to partnership and appreciation.”

There are plenty of more stories that I’m sure we will never hear. But we should champion what he has shown us: how to work hard, stay humble, and win with class. Tim Duncan taught us all how to play selflessly and these are lessons that we should never forget.