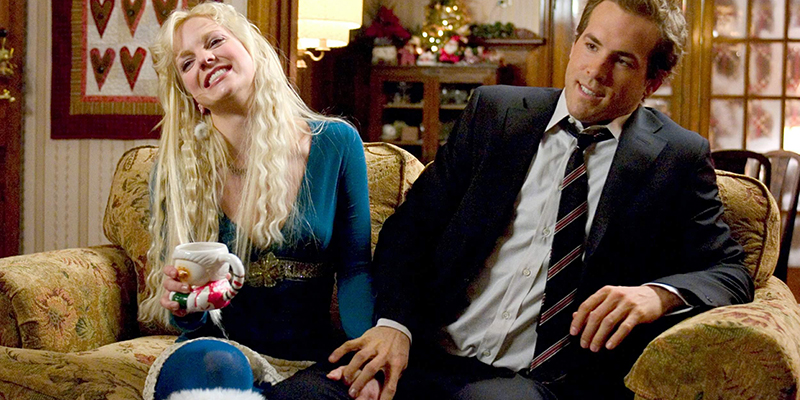 Why You Should Tell Your Friend His Girlfriend Sucks

When your friend starts dating a girl long-term, you have to give her the benefit of the doubt at first.
She’s probably polite, hangs out with your crew and doesn’t let the crazy out of its cage right away. In the best case-scenario, she and your friend wind up together and have a happy, healthy relationship that doesn’t get in the way of your bro time.
But what do you do if she’s controlling, overly-critical and your hombre just doesn’t seem happy anymore? There are two schools of thought here.
Some guys take a passive approach and think that if its not their relationship that’s in trouble they shouldn’t get involved. It’s a wimpy way to think about the well-being of your friends, and leaves them open to all kind of torment.
Other guys, who actually care about their friend’s happiness, won’t hesitate to look them in the eyes and say, “Dude, that chick is a nightmare.”
If you have a buddy who’s in a rocky situation with a girl, it’s your duty to get him out of it—no questions asked. Maybe he doesn’t realize how bad things are, or is too afraid to actually confront the demon in heels who’s sucking the life out of him.
Or it could be very possible that he’s afraid to start gaming again after months or even years of only hanging around one girl. Either way, you can and should intervene, as long as you’re doing it for the right reasons.
Wanting your wing-man back so you can relive the glory days of game isn’t one of those reasons. It’s a selfish notion, and is only going to hurt your friendship if you use it to come between him and his girl.
Being committed is usually not a bad thing, and the possibility of losing a wing-man is something we will all eventually have to deal with. If you do choose to nominate yourself as the voice of reason, it better come as a result of your genuine concern for your friend’s happiness.
At first he might be resistant to your attempts at saving him from relationship hell, but if she really is that much of a drain on him, he’ll thank you in the long run.
We all change when we date someone for a long time—it’s inevitable—but the hope for most people is that they change for the better while keeping a part of themselves intact.
If you get the sense that your friend has become a different person because she made him that way, it’s time to step in like a chaperone at a high school dance.
If he starts going skiing with her when you know he hates the snow, stops laughing at the shit you used to find funny because she thinks its immature, and criticizes you for setting up two or three dates in a week when he used to do the exact same thing, he’s been brainwashed and needs your help.
There’s a right way and a wrong way to go about confronting your friend. Don’t dance around the issue in a passive-aggressive way by making subtle comments about how he’s spending too much time with her. Come right out and say it.
Tell him she sucks and make your concerns known. Maybe she rolls her eyes when you all go out and you get a bunch of phone numbers, or maybe she calls you a bad influence because once in a while you like to smoke a joint and watch Pulp Fiction.
If that’s the case then say so, and don’t leave anything out. The more specific you are the better, but the most important thing is to let your friend know you’re worried about him.
After all, he knew you first, long before she made him wear sweater-vests, loafers, and khaki pants that are too tight. You have just as much of a say as she does.
This is not a rant about being bros forever; we all have to grow up at some point. You don’t want to be a couple of seventy year old dudes, dropping cheesy pick-up lines at a beach bar in Miami.
But while you’re still young it’s your responsibility to make sure the people you care about are happy. If this means just asking if things are okay between your bro and his girlfriend, then do it. It’s not hard to figure out if things are going well.
If your friend acts like a different person when his girl is around, and seems like he’s hiding parts of himself from her, things aren’t right.
Sometimes a friend may even come to you for advice. It goes with out saying that this is the perfect time to speak your mind. He may come right out and say that he’s having a hard time in his relationship, in which case you can affirm that she is indeed a giant pain in the ass.
Again, make sure your criticism comes from a good place and is delivered with the aim of helping not hurting.
Guys tend to take a more passive approach when it comes to relationship help, but this is one lesson we can learn from our female counterparts. Girls are constantly giving each other advice, especially when it comes to the guys they date.
They talk about fights they had with their significant other, the good times they’re having, and even the sex, all the while looking to each other for guidance; it’s one of the reasons they tend to be better at this stuff than we are.
But it doesn’t have to be that way. Just because you’re a couple of dudes doesn’t mean you can’t say what’s on your mind. If your friend’s girl is making him unhappy and its affecting your friendship, then man up and tell him to give her the boot.
Then, go out that night and do your thing until she’s nothing but a distant memory.

Can Beer Actually Improve Your Memory? This Study Says It Will
Why Knowing And Accepting Who You Are Will Change Your Life