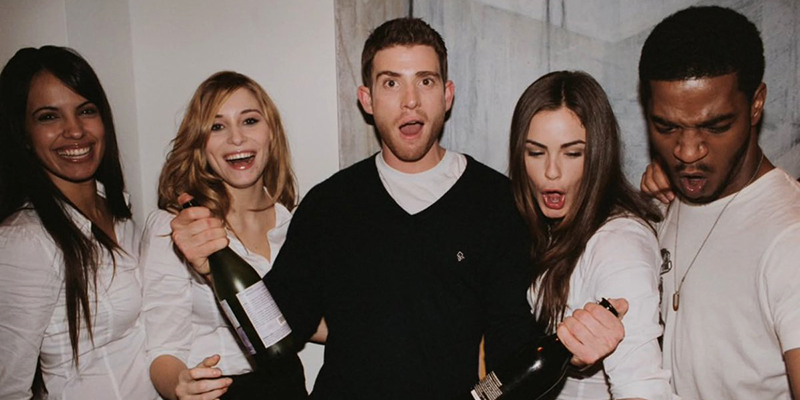 Seduction Without The Sleaze: How To Game Without Being Misogynist

Game, pickup, seduction: whatever you want to call it, the act of cold-approaching a woman and making her attracted to you can sometimes have negative connotations.
There are groups of guys out there who are only interested in ‘busting a nut’ with no real regard for how they do it or the consequences it may have.
People start to confuse a regular guy who just wants to meet more women, with those creeps at the bar who say raunchy stuff that makes you, me, and especially the chick way uncomfortable.
What’s worse, is that they give the vast majority of guys who are maybe working on their social skills for noble reasons a seriously bad name.
So what’s a guy to do? Should we just stop cold-approaching because there’s a small percentage of sleazy guys out there who a)do it wrong b)have little to no respect for the women they’re after? No. You can relax, there’s a solution.
Being good at picking up women does not mean you have to be a misogynist. As a matter of fact, the guys who are the best at it tend to have the best understanding of the female psyche.
They can appreciate that life as a woman can be hard for a lot of reasons, and it allows them to empathize with a beautiful woman on a level that goes deeper than just sex.
If you can grasp this concept, you wont feel like your “gaming” anymore when you go out.
You’ll be able to actually get to know her on a personal level without the use of strategy or mind games, which we all know, is where real attraction happens.
Here are a few ways you can sharpen your skills of seduction, without looking like a creep or woman-hater.

Pretty girls are nice to look at—no debate there.
They make you feel that awesome tingly sensation and you can hear your caveman ancestors whispering in your ear. Go over there, you idiot! But you won’t be successful if you look at her as a place to park your junk.
When you make your approach, realize that you might sleep with her that night, but you also might just end up having a killer conversation about the fact you both love French Bulldogs, exchange phone numbers and hang out again another time.
She’s a person, just like you, and while she may actually want to get naked with you somewhere, you have be aware of every part of her when you meet—not just her body.

Yeah, you got laid. Awesome, congrats. But you’re not in high school anymore; there’s no need to run out of her bedroom so you can rave to your boys about what a stud you are.
Sex is a part of life, and the only guys that brag about it are the ones that only get to do it once a year. It’s immature, and you can bet your ass if she finds out you spilled the deets about running the Kama Sutra gambit, you won’t be invited back for round two.
When a girl sleeps with you, its a mutual exchange and when you run around talking about it, it makes you look like you think she did you a favor. It lowers your value in the eyes of pretty much everyone, and makes you sound like a perv.
Don’t be a douche and keep the bedroom stuff in the bedroom.

Ease up on the macho stuff

Newsflash: girls hate it when you try to impress them. It makes you seem desperate, and like a big, hulking, masculine cliché. Quit flexing your biceps in front of them and don’t talk about how much money you make.
It’s amateur stuff, and only makes you look like you’re trying to be better than her. It’s about finding balance between the lion inside you and the teddy bear.
You don’t want to be too far in either direction, but most guys don’t let their emotions out when they’re talking to a girl for the first time.
They get too hung up being the “man” in the interaction that they neglect to emote and show her who they really are. Not only will this turn her off, but it only contributes to the widespread belief that guys are emotional cripples.
We’re not, so talk about your passions, talk about what makes you happy, what makes you sad and give her a real idea of who you are from the beginning.

We’re not perfect. Guys have a sex-drive and its hard to ignore. Sometimes, you just want to go out and get laid, no strings-attached. And that’s totally okay. Just be sure to make that clear.
There is nothing more damaging to the perception of single guys than the liar who says whatever he has to get a girl to come home with him only to send her packing the next morning.
If you want sex, say so up front, and don’t deceive her into thinking its something more. Remember, we’re not the only ones with a sex drive; girls like it too, and you may just stumble across one who’s looking for the same thing.
You’ll both get what you want, and if you decide to see if there’s a connection afterwards, you can, but at least the terms are clear from the beginning. Sounds like a win-win, right?
So, that’s it. Smash the womanizer stereotype, and try to see the world through the eyes of your potential partner. Don’t think of them as some exhibit in a zoo to ogle at, and they’ll sense that you did your homework.
Attraction is, in part physical, but real, lip-biting, heart-pounding attraction is built in the mind. Remember that she has one of those, and you’ll connect on a whole other level.
Sex will be better, hanging out will be way more fun and of course, you’ll be helping out your fellow man by showing the world he ain’t so bad.

4 Critical Mindset Shifts For Showing Your Desire With A Woman (Video)
No Pressure: Why Your First Date Should Have Zero Expectations