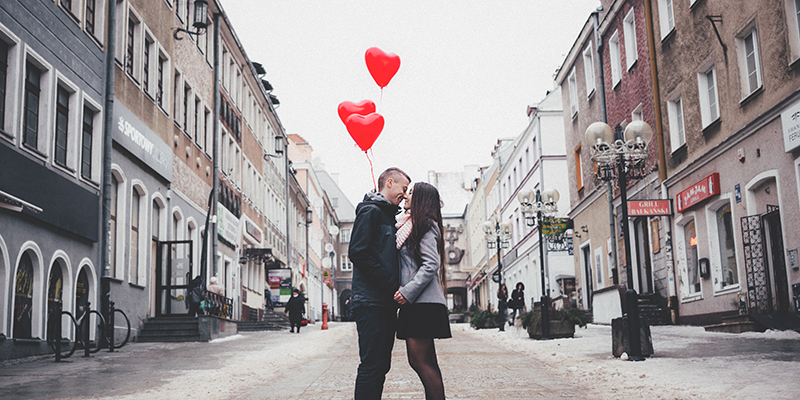 Personality Conditioning: How To Get What You Want

One of the most rudimentary concepts in psychology is Pavlov’s Dog theory otherwise known as Pavlovian conditioning.

The theory is based on 1890’s Russian psychologist, Ivan Pavlov who discovered that his dogs would salivate every time he entered the room as if he were going to feed them, even if he had nothing in his hands and had no intention of feeding them at all.

Pavlov’s law states the reason his dogs salivated when seeing him and his assistant is because they associated their presence to being fed.

Dogs don’t learn to salivate whenever they see food. This reflex is ‘hard wired’ into the dog. In behaviorist terms, it is an unconditioned response.

But through the unconditioned stimulant (his or his assistant’s presence) he learned to make a controlled one. After catching on to the pattern, he began ringing a bell whenever he or his assistant fed the dogs.

As you can imagine, after some time, the dogs began to drool once hearing the bell. Pavlov learned to condition the behavior.

Women are not dogs — in fact, we’re more of akin to the K9 if we’re being technical here — but much like how Pavlov learned to condition dog’s to salivate at the sound of a bell, we, too can condition the behavior and responses of women, employees or whomever, really, by positive and negative reinforcements.

When you know what’s best for you in your life you can screen the people you’re seeing for that quality, then reward or punish the behaviors when they are or aren’t displayed.

But the first step is knowing what role you want her to play in your life.

Before you can condition anyone to fit your lifestyle or get them to seamlessly adapt the way you want them to in a relationship you have to know what you want for yourself. Which is why framing is important.

The problem is that guys usually don’t think about this until after sex, which is a huge part of the problem — they’re already half way through attempting to change gears.

What you want to do when you see a woman that you absolutely adore is decide what best fits for you in your life, then frame your speech, actions, and conditioning to match that.

Do you want a fuck buddy? Friends with benefits? A long and fulfilling partner? A one night stand? This is a scope that should be determined early on for best results.

Before you can condition someone to how best you see them in your life, you have to know what you want for your life.

Once you know what you want in your life you can screen for those qualities in the dating process.

If you want someone that is more on the conservative side, you can screen for those traits by asking if she’s trustworthy, loyal, mature, cultured, sophisticated, caring etc.

Or maybe you want someone who is sexually adventurous, your screening process might involve asking if she’s open minded, non-judgmental, non-jealous, then rewarding those traits.

When you know what type of girl you want and you screen her to see how much she aligns with that vision or not, it then gives you the opportunity to condition her behavior by enforcing subtle positive reinforcements.

Dale Carnegie has a concept called Give a Dog A Good Name in his book ‘How to Win Friends and Influence People’ which basically states that as a leader you should give someone a reputation to live up to.

For example, telling everyone your boy is good at beer pong might lead to a better outcome once the game actually starts rather than losing faith in him completely.

The average person can be led readily if you have their respect and if you show that you respect that person for some kind of ability.

And the way to achieve this is to act as though they already have that trait.

The same works with women in our life.

If you want to condition a good girl into being a bad one (in terms of making her less boring in bed) award the types of behaviors and traits that are associated with having a fun time in bed, even if she doesn’t have them.

Give her a reputation to live up to. When she makes a decision for herself, tell her how much you love her independence.

Gleam every time she is non-judgmental or compliment her on how non-jealous she is, regardless of how strong she shows these traits.

By rewarding these actions and giving her this reputation of being a free spirit, you’ll be successful in conditioning her behavior.

Even if you’re a supervisor or manager at work, you will get the best results out of your staff when you use positive reinforcements instead of negative ones.

If a worker is lazy and not doing what you need him to do, don’t yell at him or diminish his effort. Rather, compliment and shower him with praise when he does something well.

Tell him you always believed in him. Giving him that reputation that he’s actually good at his job will motivate him to live up to it.

Now, it’s important to understand you’re only going to change a person so much. There is a limit to how far you can actually get someone to change the make-up of who they are.

Furthermore, a big part of the way we do things is genetics.

The best indication of a who a girl is will be seen in her parents. You cannot tame someone who’s mom was never tame.

And adversely, you cannot turn someone into a party girl who has a family full of introverts.

Ultimately, if you’re engaged in someone who is showing you all signs of being someone you do not want, your best bet is to move on to someone else.

If you get caught up trying to change the fabric of someone’s personality, you’ll be stuck in circles.

When we know what we want pertaining to where we are in life, we can scout it out then promote those actions.

And that’s how we condition the traits and personalities we want out of the people close to us in our lives.

The Genius of Being Genuine: How To Win Her Over By Being You
Five Difficult Facts Of Life That All Men Must Accept