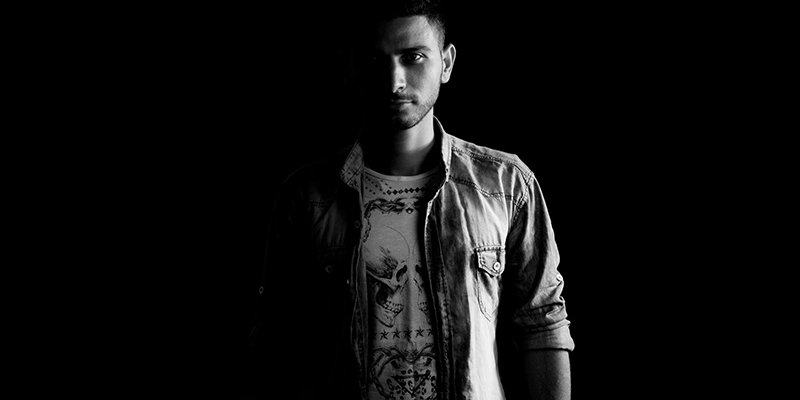 Five Difficult Facts Of Life That All Men Must Accept

No matter who you are, what you’ve done or at which capacity you lived, the fact that you were able to experience life is something the other sperms who didn’t make it will never be able to say.
The ups, the downs, the heartbreak, the thrills, are all a part of this mystery that we share with each other.
With that being said, there are some immutable facts that, in this journey of life, are simply inevitable.
We would like to believe that the next man’s struggles are different from our own and our favorite thing to do is challenge whoever dares to ‘take a walk in our shoes’ — and, in a way, we’re right.
Our trials are unique — but believe it or not, there are some tough truths that all men collectively share.
As adults, there are some realities we’re responsible for knowing.
If not, our ignorance will leave us exposed to the harshness this thing called life will certainly throw at us.
Here are just five that speak the most to me.
When you understand that you’re not alone when dealing with these things, it makes going through them that much easier.

1. Just Because You Think Someone Is ‘The One,’ Doesn’t Mean They Think You Are

Love is the most sought after and arguably one of the most elusive concepts that writers, film directors, and young couples have been trying to get their grasps on since the beginning of time.
It’s nearly impossible to define and is worthless trying to predict. Which is why we must accept that just because we’ve allowed ourselves to be open to its properties, doesn’t mean that it will be reciprocated.
There is no true test for love. If we could, I’m positive we’d run every ‘I love you’ through a reader to test its legitimacy.
It would save us the time and the heartbreak. But life does not work that way.
That’s the risk of love. Just because you think someone is ‘the one’, doesn’t mean they think you are.
Because love is such an enigma, often times when engaged in what we think is a mutual investment of it, it often ends up being a one-sided affair.
Don’t be alarmed when the one person you thought you’d spend forever with wakes up one morning saying that they don’t “feel” it anymore.
Chances are you’re going to meet the almost one, before finding the one for good.

This is a fact of life that I had to learn the hard way.
I love hard and I am very committed to my friendships, so when the friends I spent the majority of my adolescence with began disappearing one by one as I got older there was a major adjustment for me.
People are connected through experiences, similar struggles, common interest, etc.
Which means that as we grow older, developing new outlooks on life and acquiring new hardships and goals ahead, if our childhood friends don’t mirror those concepts, the gap between the closeness will grow.
Don’t think of it as the end of the world when you lose a friend. Accept and find peace in what the friendship gave you and cherish the ones who managed to stay even more.

3. Life Will Never Be Fair

Life is a beautiful tragedy where at the end of the story no one makes it out alive.
You can do every little thing that you’re supposed to do, the way you only know how, with nothing but good intentions, and have the absolute worst thing happen to you.
This is only hard to accept when we expect everything to go our way.
When we think we’re above the ills of the world or when the invincibility of our youth gets to our head, the smallest unplanned inconveniences throw us for a loop.
Getting back above ground is what we can control, recovering from misfortune is what our responsibility is.
It’s when we’re wallowing in self-pity, claiming the universe is against us, is when this becomes the most difficult.
Don’t complain about the shortcomings. Don’t play the victim and claim woe is me.
That’s what quitters do. Expect to get hit. Just also expect to get back up.

I remember summer vacations. I remember middle and high school, just waiting for those three months of freedom so that I could finally get a break.
And boy did I have the time of my life. The only thing I don’t remember, however, is soaking in the moment.
In my mind, I could always count on those three months in the summer to let go and relax. Boy, was I wrong.
Like the fleeting summers of youth, there are experiences we go through every day that, at some given point in the future, won’t be there for us to enjoy any longer.
You’ll never experience the same thing twice.
Learning to enjoy the moment when you’re in it instead of missing it when it’s gone is a practice that we often times don’t learn to master until we’ve taken too many a sad strolls down memory lane.
You can’t count on too much in life, but one guarantee is that whatever moment you are in currently, will not be there forever.
Cherish where you are, instead of missing them forever when they’re over.

5. The Only Person You Can Count On Saving You, Is You

At the end of the day, you’re the one who is ultimately responsible for you.
We can sit up and blame our parents parenting skills, the environment around us or the circumstances that have come and put us in compromising situations but that will not change the fact that it’s up to us to make a difference in our own lives.
Looking for outside help from others will either leave us to let down or just looking.
Now, in most cases, there will be friends who will come and save us from ourselves and family who will occasionally throw us a life jacket when things get too out of hand, but solely depending on these external factors leaves us in the position to be compromised
Counting on yourself keeps you from playing the blame game.
A game where no one is ever the winner.
Knowing what these curve balls are won’t stop them from coming.
They won’t make them easier to handle or put you ahead of the game in any way.
Knowing about the realities of reality only helps with acceptance, and sometimes that’s what you need the most when you’re trying to move on.

Personality Conditioning: How To Get What You Want
Selflessness: The Key To Finding Purpose & Satisfaction