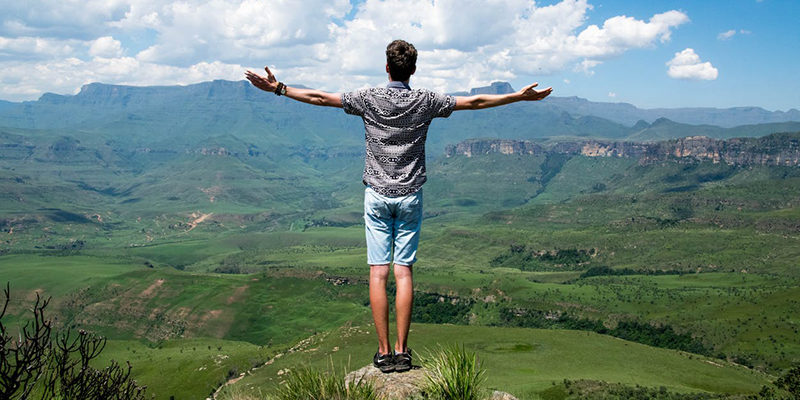 Whatever it is in life that you want, to get it, you must deem yourself worthy enough of its possession.

This is actually common and non-groundbreaking information that I’m positive we’re all very aware of, but for some strange reason, we always seek assurance before putting that faith into action.

It’s not that we don’t feel deserving — if we didn’t those ambitions wouldn’t be instilled in us in the first place.

It’s about feeling the need to validate those ambitions.

There’s nothing wrong with a second opinion. In fact, there’s safety in the multitude of counsel. But at the same time, we shouldn’t hinge how we execute on outside perspectives.

When we second-guess our innate human nature, we’re not only discrediting ourselves but we’re admitting that we’re not good enough to attain our desires.

You should have the final say whether you should go up and talk to her, not your bud. We set the conditions to the type of love we accept.

If we want something that’s strictly physical, that’s on us to deem right or wrong.

There comes a point in time when we have to look in the mirror and decide that the person we see in our reflection is going to call the shots on going after what we deserve.

It’s not until then that we’ll truly receive what we want.

A major factor that plays into proving yourself worthy of whatever you’re going after is showing that you want it.

If we can master the way we position ourselves physically and be intentional about the way we prepare, you’ll be surprised at what we’ll actually go through with.

If you are single and on the prowl, prepare accordingly.

Make yourself feel good: get a clean cut, wear something you’re proud of, and tell yourself that you’re going to get a beautiful woman’s number.

And when you’re at whichever venue you’re occupying, you have to have the disposition of someone that is out to get a prize.

Of course, you’re going to think the ridiculously attractive woman across the room is out of your league if you haven’t been conditioning your mindset and attitude the whole night that she’s the type of woman that you’re going after.

When you feel worthy of her, every woman transforms from an obstacle to opportunity.

Attaining the greatest gifts life has to offer is more than acting like you deserve it, it’s proclaiming it’s yours.

Sometimes we have to speak up for what we believe we deserve.

‘Fake it till you make it’ is a phrase that doesn’t get the credit that it deserves because faking is nothing more than practicing.

Yet somehow we’ve normalized self-depreciation. We made it okay to tell ourselves that we’re ugly, joking that we’re not funny and making sure everyone remembers that we’re lonely.

This does nothing more than destroy the very ego that’s needed to demand what we want out of this life.

Such is the case when it comes to holding ourselves responsible to the love we feel we deserve.

If you feel like your commitment, priorities, and energy are worth a relationship and not just dating, you should feel entitled to vocalize that.

A lot of times we get so caught up catering a woman’s sensibilities that we neglect our own, or even worse, bury our identity in the process.

If you’re in a relationship and she’s displaying behavior that you feel is disrespectful or something that you find non-compromising, then you have to have enough self-respect to stand up for that principle.

You deserve to be in a union where the respect you give her is reciprocated.

Trusting in who you are and standing on your beliefs are both critical to eventually securing what you want for yourself.

It’s not hedging your bets on the experiences of your friends, but understanding what works and what’s true for you.

When you own who you are and the truths by which you abide, you won’t need proposals to be cleared by your closest friends.

You won’t second guess your expectations or ponder the appropriateness of your intentions.

If you know you’re a good guy, single, responsible and honest why shouldn’t you be straight forward for wanting to have a good time?

A lot of times women prefer when men are upfront about their preference of a casual relationship.

If you show you respect her, and prove that there is more to her, it’s okay to feel that you’re worthy enough to give her that experience.

Because of the men who go about it the wrong way, it’s sometimes hard for us to express that we want something that’s strictly physical, or that we want an open relationship or if we’re even sure about what we want.

We tell them what we think they would like to hear, and in turn, end up in endless cycles of lies.

We can only attract what we feel we deserve. Whether that’s with the women we go after, the nature of the relationships we’re in, or even the jobs we go after.

And that starts with how we act, what we say, and the truth we own.

Stop looking for others to give a say on what you should and should not do. Rather know yourself and go get what’s best for yourself.

Building Desire: How To Become The Man Everyone Wants To Be Around
Humor And Vulnerability: How Opening Up Can Make You Stronger