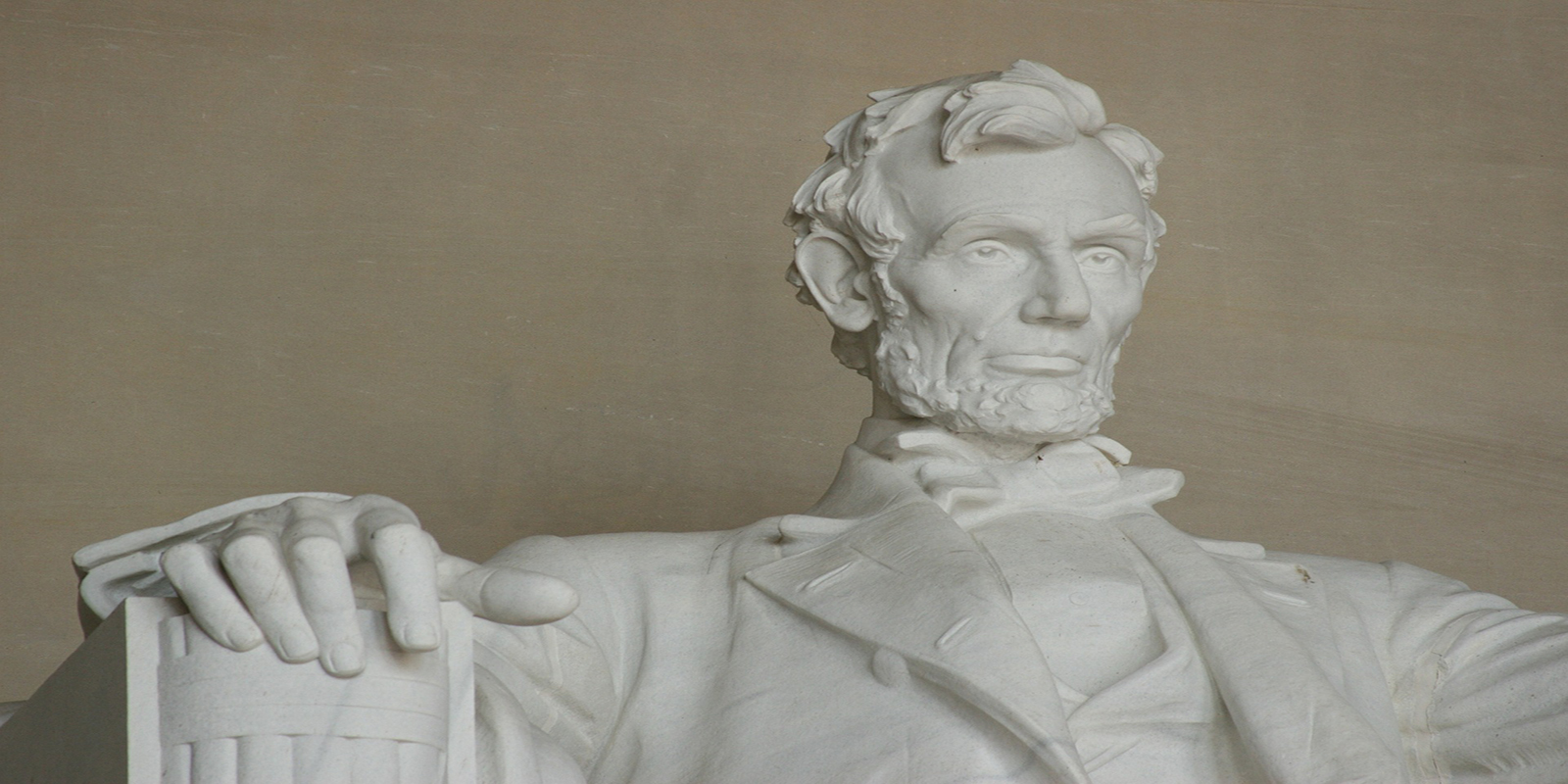 Would you trade lives with Abraham Lincoln? The answer isn’t as obvious as you might expect.

On one hand Lincoln has secured his place on the short list of the most famous men in history. His look is iconic. He has all but trademarked the stovetop hat and chin curtain beard. His actions were heroic and his accomplishments awe-inspiring. America weathered its most frightful storm with Lincoln at the helm and emerged united and free of slavery.

These were noble, near-insurmountable challenges carried out by a great leader. Who wouldn’t want to be the man who did that?

His accomplishments may have been great, but so was his suffering. Lincoln battled profound depression throughout most of his adult life. Melancholy thoughts left him feeling suicidal and caused his friends and family anxiety about his mental-health and even his life.

It was Lincoln who claimed: “I am now the most miserable man living. If what I feel were equally distributed to the whole human family, there would not be one cheerful face on the earth. To remain as I am is impossible; I must die or be better, it appears to me.”

That’s some pretty brutal stuff. No wonder Joshua Wolf Shenk, author of Lincoln’s Melancholy: How Depression Challenged a President and Fueled His Greatness, writes that Lincoln’s behavior matches the Diagnostic and Statistical Manual of Mental Disorders criteria for a major depressive order.

Those who live with depression or know someone who does can relate to the misery Lincoln speaks of. They may also wonder how, given the helplessness and despair of depression, Lincoln managed to become President of the United States.

The answer is that Lincoln never solved his depression or woke up one day magically cured of it. But he did learn how to manage it and actually used it to benefit his career.

Most of us don’t have what it takes to be the next Lincoln. But everyone, depressed or not, can learn from Lincoln how he overcame his greatest challenges to become one of history’s greatest leaders.

Things were rough back in the nineteenth century. That was especially true if you grew up in rural Kentucky.

As children we are told that Honest Abe was born in a log cabin. This bit of mythologizing conjures up a bucolic and humble origin story of a future hero. It also obscures the brutish reality of life back then.

In those days if you grew up on a farm you were expected to die on a farm after a life of backbreaking toil. When Lincoln’s father caught him reading and writing between his chores, he berated him. In fact, the whole community labeled him as an outcast and lazy because of his intellectual pursuits.

In addition to being the family pariah, Lincoln endured the death of many people close to him including his sister. These early traumatic experiences and a genetic predisposition to mental illness were at the root of Lincoln’s depression.

Lincoln realized that he would never be fulfilled remaining at home with people who didn’t get him. He was in a bad situation so he took control of his destiny and in 1830 he moved to the town of New Salem where he could start a new life away from his troubled past.

He impressed everyone in town with his perseverance, honesty, and wrestling prowess. In spite of his gawky looks and morose nature he became one of the most liked men in town, rubbing elbows with both the local elite and working poor. In other words, he tried to offset his tough upbringing and the negative traits he couldn’t change by cultivating his strengths.

Lincoln threw himself headlong into his work to distract himself from his habitual gloom. He taught himself law and got involved in local politics. His suffering and his ambition became linked; he distracted himself from his most painful bouts of depression (such as the one he faced in 1835) by engaging in work and productivity.

He set goals for himself and grappled with the fact he might never be able to fully achieve them. Unlike optimists, he never saw life through rose-colored glasses. That means he confronted his own limitations and understood that success was not inevitable. His clear-sightedness allowed him to double-down in the intensity of his work. With these limitations in mind he plotted himself a realistic and tempered agenda for his law and political careers.

Lincoln also talked about his depression and gloom with friends and doctors. Opening up wasn’t easy, but it helped Lincoln immensely. In 1841, after he suffered another major depressive bout, Lincoln admitted that spending time with Dr. Anson Henry was “necessary to my existence.”

Any political success Lincoln achieved was countered by a setback. After he was elected to Congress he had to deal with a near-insurmountable debt in his home state. Almost immediately after he was elected president in 1860 he was accosted with death threats, and soon, succession and war. His generals failed him and lost battles. First the southern states seceded and then the northern ones doubted his leadership. His wife was mentally unbalanced and harassed him. A man who grappled with internal torment faced external challenges of the highest imaginable magnitude. The fate of an entire nation lay in his hands.

But Lincoln never wavered. His depression prepared him for rough waters. Always humble, he was also self-assertive. As the country teetered on the brink of destruction in 1861 Lincoln said: “Adhere to your purpose and you will soon feel as well as you ever did. On the contrary, if you falter, and give up, you will lose the power of keeping any resolution, and will regret it all your life.”

The world is grateful that Lincoln never wavered or faltered on his path to greatness and immortality.

Lincoln could have stayed on the farm he was born on. Instead he threw himself into the wild and plotted his own life course.

He could have succumbed to his depression and withered away as a backcountry lawyer. Instead he distracted himself from his gloom by devoting his time and energy into his law business and political career. Instead of resigning to the hopelessness he felt he used it to gain perspective on the world and temper his expectations. In the end it made him just the leader America needed to end slavery and the Civil War.

The moral of the story isn’t that you are gonna be the next Abraham Lincoln. It’s to remind you that one of history’s most famous leaders turned his weaknesses into strengths and took control of his own destiny.

We can’t all go down in the history books, but each of us can follow the lead of great men like Lincoln by demonstrating self-assurance and perseverance, no matter what our situation may be.