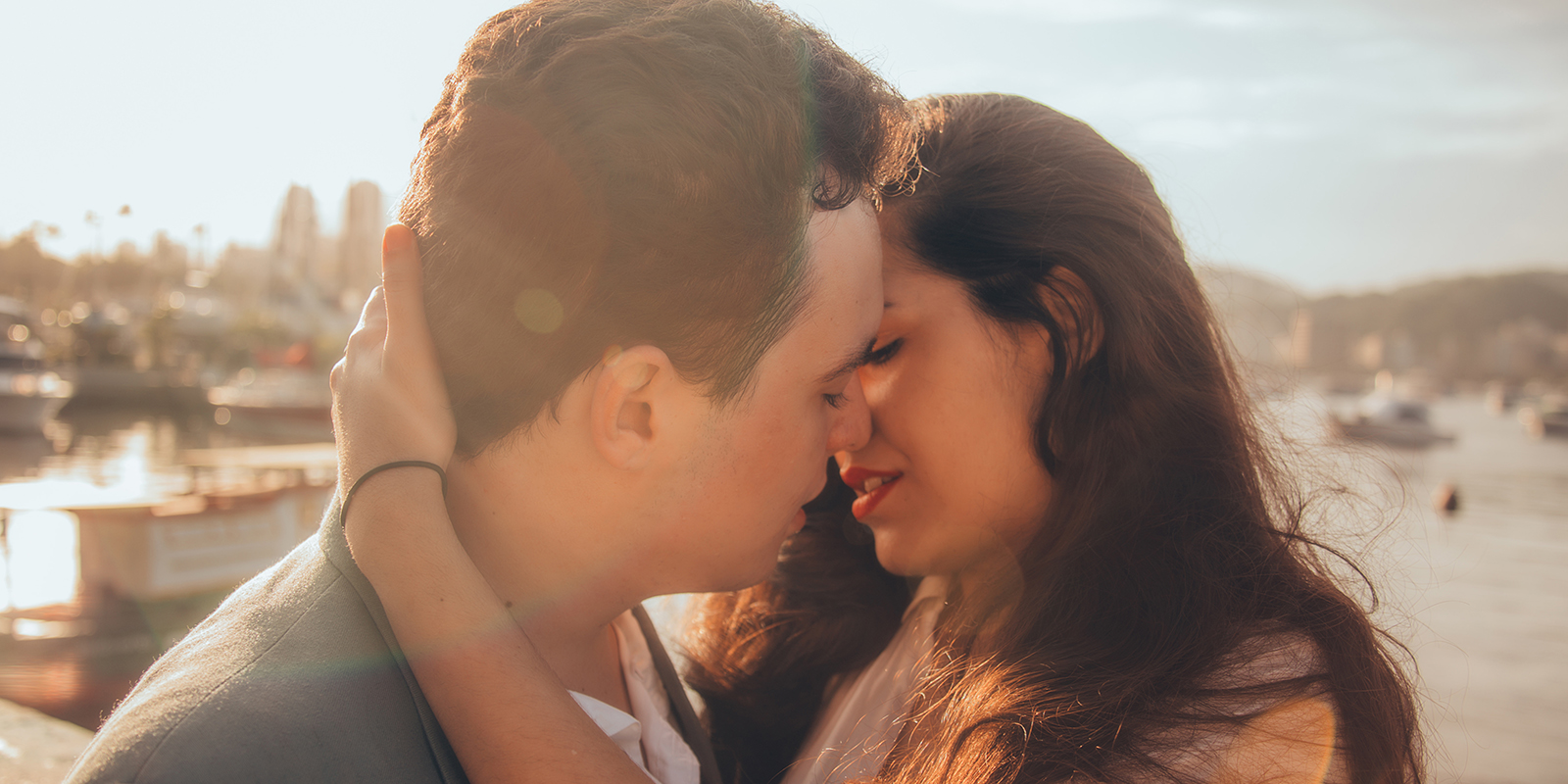 All About Timing: When To Kiss A Girl At The End Of The Date

The New York dating scene is crazy. I learned a lot from six years of dating some of the most beautiful girls in the city, and today I want to drop a really cool tip on you.
Many of the women I dated have had guys offer them the world. Private flights to caribbean islands… hot tub parties at the Trump Tower… and I just can’t compete on that level.
So I figured out how to attract a woman on a much deeper level – an evolutionary level. And now whenever I see one of these jokers try to bribe a girl into going out with him, all I think is “what a chump.”

See, if you want a girlfriend – especially a hot, desirable girl who all the guys are chasing – you can’t play by the same rules that every other guy is playing by.
You’ve got to activate a part of her desire that gets her obsessed with you.
So I developed a step-by-step system for doing just that… from the moment I meet her, all the way until she’s my girlfriend.
In just a second, I’m going to tell you exactly how to end the first date.
This is usually an awkward moment for a lot of guys.
Do you hug her? Kiss her on the lips? Try to get her back to your place?
Well, MOST guys either get nervous and fumble this… or go straight for the kiss on the lips.
And this is IMPORTANT: she’s expecting you to do either of those things.
But remember – if you want to get her obsessing over you, you’ve got to be different. You’ve got to make her wonder about you.
Because if she’s wondering about you… and spending her time thinking about you… then she’s not thinking about another guy. YOU are the one who’s taking up mental space in her head.
It’s a funny little way to “hack” her evolutionary programming.
Think of it this way: if there are two guys she’s dating – Joe and Mike – and she knows Joe likes her, but isn’t certain if Mike likes her… she’ll naturally spend more time thinking about Mike.
She’ll think “Gosh, every other guy on planet earth just falls for me so easily… but not Mike. What did I do wrong? Why didn’t I win him over?”
So even if you’re competing against the “bigger better deal” – a guy with more money, better looks, etc. – it’s actually pretty easy to be the guy who she can’t help but think about… and obsess over… and fall for.
I’ve got a step-by-step system that ANY guy can use to make her obsessed with you. Here’s how to use it to end the first date:
As you’re putting her in the taxi, or dropping her off at her house, lean in for the kiss… but go straight for her cheek.
Don’t even try for the lips.
Then pull away, look her dead in the eyes, and with a wry little smile on your face, say…
“I had a great time with you tonight. We might just have to do this again some time.”
And leave it at that. Don’t say “I hope I see you again” or try to get her to commit to another date.
What I found – because it’s what every woman told me – is that by doing this, it leaves her guessing:
“Does he like me?”
When a guy gets nervous and fumbles the kiss… or when he goes straight for the kiss on the lips… she knows what’s up. No more mystery. She thinks…
“Ok, he likes me. I could have him if I wanted him. The power is mine.”
But when YOU are the one to go for the kiss on the cheek, and you wryly tell her that “maybe” you’ll have to hang out again, it leaves an unanswered question in her mind.
So she’s thinking about you for the rest of the night… and the next day.
Believe it or not, this uncertainty actually FEELS really good for her. The emotional ups and downs release an addictive chemicals in her brain (dopamine) that she associates with you.
(think of your last crush on a girl. you weren’t certain if she liked you or not… but every time you heard from her and got a “hint” that she might feel the same way about you, you got a rush of positive emotions. addictive, right?)
And the more she’s thinking about YOU – the more that you take up space in her mind – the more addicted and obsessed she becomes.
It’s been by doing stuff like this that I’ve been able to date the 10’s that every guy wants.
And if you start doing stuff like this, you’ll be the one who’s in control of the entire dating process.
Because you’re using principles of psychology that evolution has wired her to be attracted to. It doesn’t matter who your competition is – if other guys aren’t doing this stuff, you’ll win, plain and simple.
Want to learn more tips like this? How about how to tell if a girl is “good to go” on the first date? I share that tip about 10 minutes into this training video: click here to watch the girlfriend training video now.

The Girlfriend Activation System: What’s It All About?
The Signs That She’s Not Interested – And How To Recover Fast