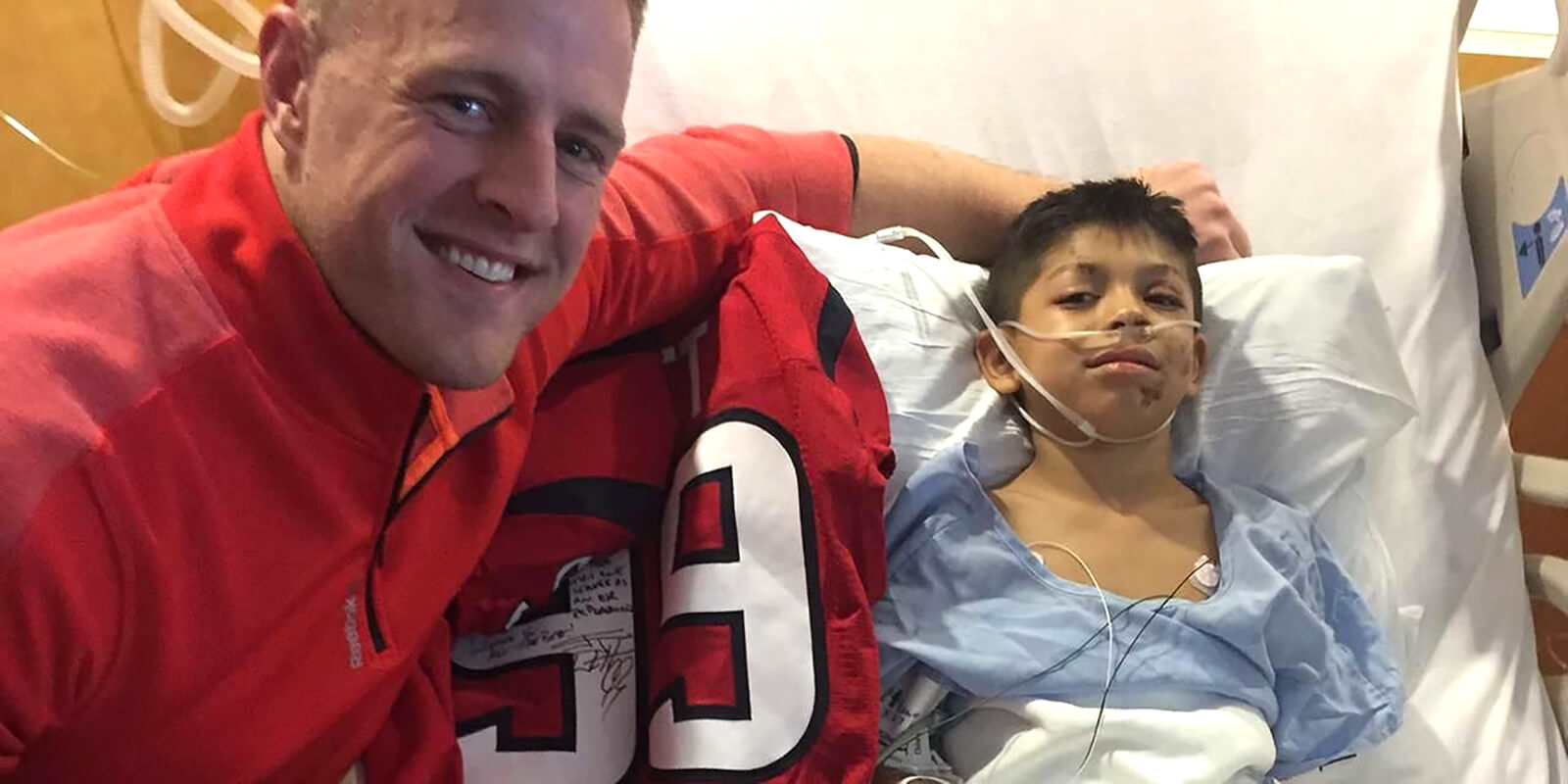 While most of us were battling hangovers or maintaining our newly-minted New Year’s resolutions on the 3rd, J.J. Watt was at Memorial Hermann hospital changing a little boy’s life.
Noah Fulmer, an 8 year old boy, was hospitalized on New Year’s Eve after saving his siblings from a reckless driver. The driver plowed through the parking lot hitting multiple cars and people including Noah and his family.
If young Noah hadn’t pushed his little brother and sister out of the way, they could’ve gotten injured very badly. In doing so, he took the impact and was run over by the truck.
Once the EMS arrived, they had to cut off the No. 99 J.J. Watt jersey he was wearing at the time in order to treat him. Fulmer, who is a huge fan of Watt, starting crying when they cut his jersey off.
Seeing how upset he was about losing the jersey, one of Noah’s Family members tweeted to J.J. Watt, telling him what happened to his little loved one and asking for a new jersey.

@JJWatt There is a lil boy at memorial hermann who was ran over by a truck and is just crying that EMTs cut his Watt jersey. @HoustonTexans

That is terrible, is he ok?
Tell him I'll bring him a new jersey tomorrow. https://t.co/jSYhbhxU1H

The message immediately blew up with RTs and hundreds of likes. Within half an hour, Watt saw the message and responded, asking if the little boy was ok and saying that he would personally deliver a new jersey to Fulmer the following day.
As promised, Watt showed up the next day. Once Noah was released from surgery, Watt was there with the jersey and gifted young Noah with an authentic autographed J.J. Watt’s jersey, as well as with an unsigned one that he could wear.
Noah’s mother, Maria Garza, was ecstatic saying how excited she was and that it would boost Noah’s confidence.
No matter how many stories we hear of Professional Athletes making an impact and changing the lives of children, they never cease to be heartwarming.

Learn It On The Ice: 5 Life Lessons From Playing Hockey
Soldier’s Battle To Regain His Limbs Teaches Us About Real Strength