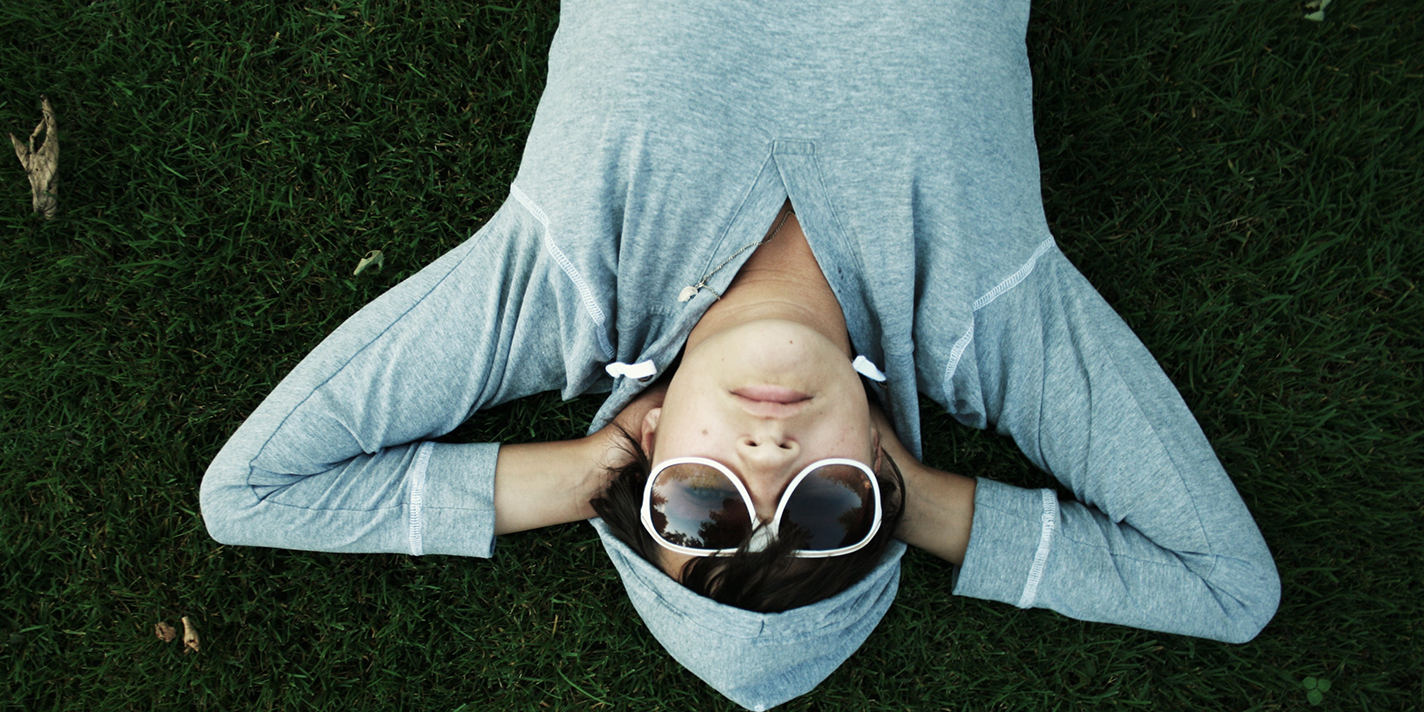 How To Get What You Want

There has been something swirling around in my mind… slightly out of focus at first, then coming sharply into view in the last week when I remembered a quotation by good ol’ Soren Kierkegaard.

Fair warning: we’re going to travel into my head here and look at a few of my beliefs, too.  You may be unalterably screwed up… er, changed… forever as a result 😉

If you see yourself as a guy who dates beautiful women, you will end up doing so.

Years ago, I spoke at a dating conference in Germany to a room of about 300 guys.  The pickup scene was just getting going over there at the time, so there was a strong focus on techniques and DHVs and negs and all that stuff.  Yet when it came to the truly important issue, well…
“How many of you,” I asked, “truly, deeply believe that you deserve to have a 9 or a 10 – the kind of woman who blows you away in every single way?”
About 1/3 of the hands went up.
That’s it!  Only 33% of the guys in the room felt they deserved the woman of their dreams.
And we’re talking about ze proud Germans here.  Heck, these are the badasses bailing out all the other debt-laden eurozone countries.
Ok, bad joke.
More to the point, how the heck is someone going to date the woman of his dreams if he doesn’t see himself as deserving of her?
My Belief:  There’s a certain type of woman with whom I see myself.  She’s fun as hell, socially adept, deeply caring… and is tall, model-esque, and has dark hair and big eyes.
On the surface, this last part may seem like a bit of nonsense.  Friends and family have told me to stop focusing on looks. I’ve been called shallow, superficial, immature…
I don’t care.
I don’t think of myself as a PUA, and I don’t desire to have tons of random hookups, but I don’t know anyone else teaching this stuff who has dated and had relationships with as many women of this level of physical beauty as I have… because in my mind, I see myself with a girl like that.
It’s what I want.  It’s what I believe I deserve.
Significantly, it’s the QUALITY of beauty that I desire in my life.
Needless to say, there are a lot of guys who would like to be with women like this.  Some think it just takes “game”.  Others think it takes money.  Others think it takes social position.
Those are partial truths.  What it takes is both simpler, and much more complex: being the obvious choice for a woman like that.
A guy who learns “game” will get girls who respond to good game.  The easy pickings who feel as validated by being banged as does the guy who bangs them.
A guy who flaunts his wealth will attract women who want to be with wealthy men.  She was supposed to buy shorty a tyco wit ya money but she went to the doctor and got lipo wit ya money.
A guy with social position will attract upwardly mobile women… whose loyalties are usually the social analog to the Peter Principle, which states that “in a hierarchy every employee tends to rise to his level of incompetence.”
The thing that I’ve found is that most women of these persuasions want something more.  They want a guy who makes them feel special… who can take care of them… and whose social position is an effect of who he is, not a cause.
That’s the guy who’s the obvious choice.

It’s been a dominant thought ever since I was about ten, when I saw a picture of Elle Macpherson in a Swimsuit Edition and thought, “I’m going to date women like that.”And the conclusion I arrived at?  I have to be a quality man to have quality women in my life.  I took responsibility for being a guy who would be the obvious choice for quality women – without tricks or gimmicks.  That’s what Unbreakable is all about. That’s my belief.

If you see yourself as a guy who is successful at work, you will be.

The World Health Organization estimates that the average human spends about 33% of their time on this earth working.
Most people would be happy if that percentage was closer to zero.  The word “work” itself conjures up all sorts of negative associations.
Work means effort.  Effort means expenditure of energy.  And expenditure of energy means I don’t have energy for other stuff… like, uh…. watching TV?  Drinking with friends?  Playing videogames?
This line of thinking is pervasive and leads to a lot of other unhelpful beliefs about work.  Chief among these is the that’s not my responsibility belief.

Perhaps most frequently experienced at the DMV, the “it’s not my responsibility” line is the ultimate mark of someone who’s simply there to collect the paycheck.Is that how a person should spend 33% of their life?  Abdicating responsibility and letting others make decisions that shape the world?
My belief: I am going to assume as much responsibility for my work as I can.  It is the product of my mind, and I want that product to affect people positively and strongly.On the other hand, every time I’m captivated by art, music, writing, or heck… a consumer device as gorgeous and well-thought as the iPhone, I know there’s a person behind it who believes in Quality, and whose efforts and dominant thoughts have driven them to create this amazing thing.
This means taking ownership.  Taking responsibility.  Thinking about the things that no one else is thinking about.  And when I feel like I’ve got the problem solved, doubling down and giving it a second look.
Part of this comes from a place of selflessness – wanting to give to others. A large part of it.  In my value system, the highest virtue is to make the lives of others better in the most significant way you can.
But there’s a tremendously self-serving motive here too.
I desire to affect the world I live in… and to create within it.  I can’t do that if I abdicate responsibility.  I have to produce, and I have to own my production.  And here we arrive at another belief that I’ve written about previously:
Pleasure comes activities of consumption.  It is always temporary… and there’s always a high and a low.
Happiness comes from activities of production.  It is infinite, and quality production creates a feedback cycle that grows and grows.
I believe that my happiness is directly connected to the QUALITY of effort that I put into my work.  I take responsibility for as much of it as I can.  And I’ve been incredibly happy doing so.

If you see yourself as having a great lifestyle, it will come to be.

I am consistently amazed at how many people “settle for less”.  Even more amazing is when I see attempts to rationalize it.

For some, it means a grudging acceptance of their place in life and incessant bitching about “the man” or “the system” or the “fat cats on Wall Street” or whatever.  In my experience, these are the same people who are the most dependent on the system… their belief is that life owes them first instead of the other way around.
And on the flip side of these two are the “30K Millionaires”.  I bought into this one in my mid-twenties – spending money I didn’t have to get the temporary feeling of being worth something, whether it meant bottles at the club or a fake Panerai on my wrist.  As I found out firsthand, and as the U.S. will find out sooner or later if things don’t change, life SUCKS when interest payments exceed income.For others, it means asceticism, with which I simply cannot find any honor.  Self-deprivation for it’s own sake is a nice thing to do for a week as an exercise in self-control and awareness, but as a lifestyle decision, it’s tantamount to saying “I accept the life of a pauper by choice.”
None of these are quality lifestyle choices.  Yet people accept them day after day because they don’t take responsibility for what they really want, and for doing everything possible to make it happen.
My Belief: I owe it to the world to give it my best… to live up to the measure of my creation… and I deserve the lifestyle that comes with that.
It wasn’t long ago that I was deeply in debt and living off of protein shakes and cans of tuna fish. I hated it.  But I wasn’t going to accept it.
As with women, I saw myself as deserving of something of a much higher quality.  Nice clothes. Good meals.  A balcony overlooking a park where I could drink my morning coffee.
My turnaround wouldn’t have happened nearly as quickly without the support of my family. But their support was a lifeline that got me to a place where I could work me ass off, devour information about business building, marketing, and technology, and seek out mentors to guide me.
I’m still not where I want to be.  But every day, I take responsibility for quality – that which I create, and that which marks my lifestyle.
—
There are many reasons why failures happen.  But effort and belief shouldn’t be counted amongst those reasons.
So I want you to perform a little mental check right now…
– what level of quality do you desire… with women, with work, with lifestyle?
– are you expending TRUE effort to achieve those things?
– do your beliefs and dominant thoughts support your goals?
Now… how quickly can you get there, and how much fun can you have along the way?

Why Be Social?
Great Grillin’: 2 Recipes Every Guy Should Know How To Chef Up