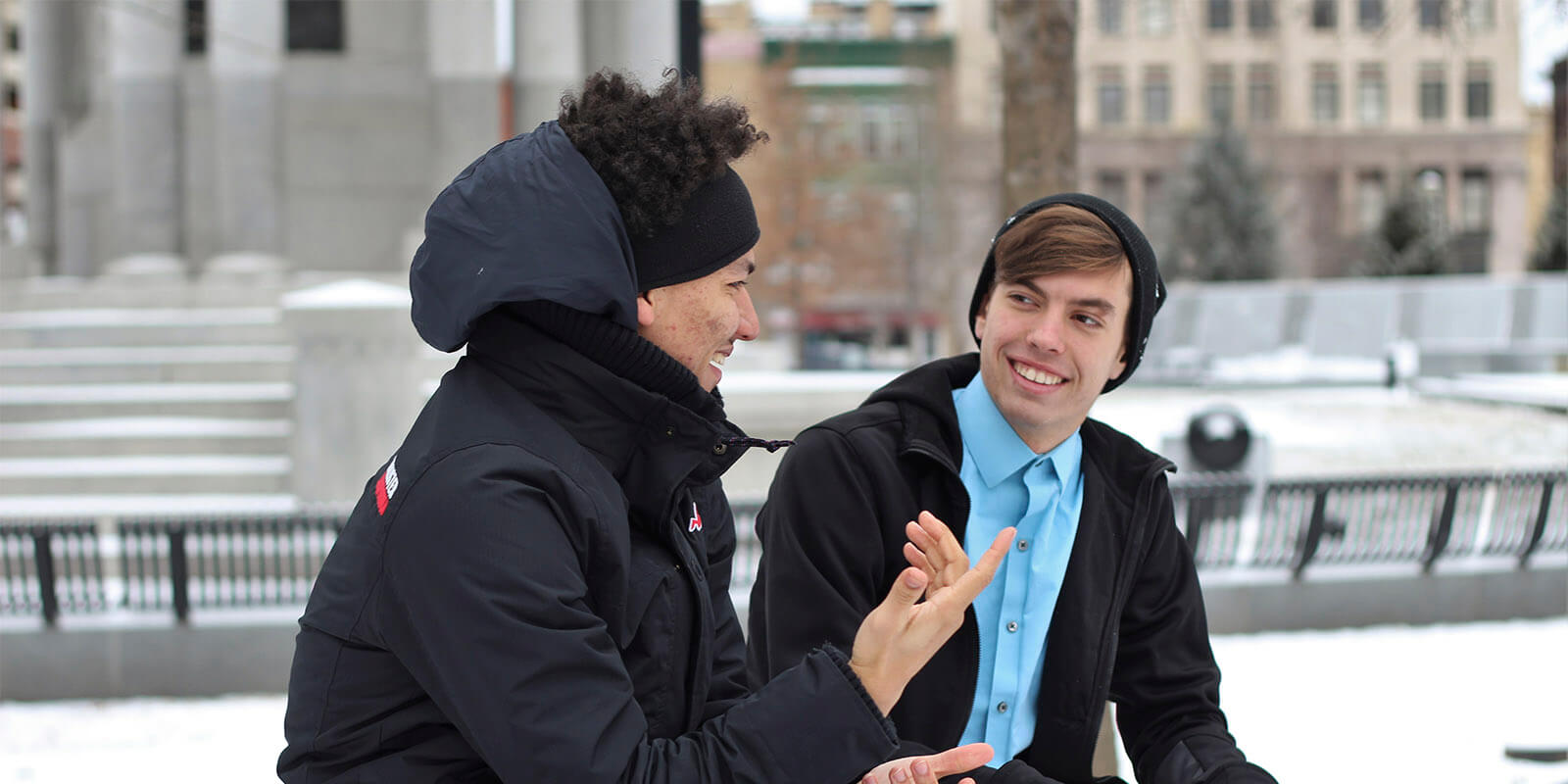 This is the Best Reaction to a Compliment

For those of us who aren’t Kanye West, it’s often uncomfortable to receive a compliment.

Sure, we all like to be praised for our hard work, and who doesn’t like to hear that the beard they’re growing looks nice? But there’s a certain uneasiness about accepting such a compliment. A lot of us are reluctant to accept praise. Nobody wants to seem full of themselves, but at the same time, it can be just as bad to come off as unappreciative or too self-deprecating. It’s a catch-22, but believe it or not, there is a way to accept a compliment with grace and humility, and it’s all really a bit easier than you may think.

Seriously, that’s all it really takes. It may sound silly, but often times people simply can’t will themselves to say, “thank you.” They hem and haw, say things like, “I don’t know. I’m not that (whatever is being complimented)” or offer the dreaded reflection: “I’m looking good? No, you’re looking good, my friend.” [Insert facepalm] No. Just no. Stop all of these things and just ingrain the reflex of saying thanks. First of all, offering up this tried-and-true expression of gratitude shows sincerity and modesty. It also shows that you weren’t necessarily banking on a compliment. A big reason why we feel uncomfortable accepting compliments is that we might find the extra attention embarrassing. The simplest way to embrace a positive moment is to gracefully thank the person and move forward with ease.
Expert move: Cultivate a tone of voice that mixes surprise and genuine gratitude or even add something at the end like, “Thank you, that’s awesome you noticed.” or “Thanks, glad you found that info useful.”

A lot of times we are inclined to return a compliment. If somebody appreciates your hard work, don’t say, “Thanks, but we all saw how you really carried this project.” Think about it: It kind of makes your day to compliment someone and have them take it to heart and feel good about it. If they throw one right back at you, it feels like they didn’t even consider what you said (even if they did). It takes the steam out of it. Don’t rob someone of the pleasure of being nice to you. Reward it.
Exception to the rule: If you are being complimented for a team effort, it’s perfectly valid to recognize the contributions of your team. If your boss calls your team into the room and singles you out as the reason the project went well, it’s totally a good idea to spread that love around a bit. In this situation, you’re partially deflecting that compliment to strengthen your rapport with the rest of the team. If you hogged that compliment all to yourself, then you could be harming rapport.

Don’t put yourself down

It seems like second nature for so many of us to put ourselves down instead of recognizing our own greatness, even for a brief moment. Acting like you don’t deserve a compliment will make you seem incredibly insecure, and the impact is twofold. You can come off like you’re outright rejecting their compliment (again, robbing someone of the pleasure of being nice), and it’s also very likely that you’re coming off like someone who is fishing for a bigger compliment or like you want them to convince you that you’re really valuable – which is annoying.
Why this approach sucks:
“Great job!”
“No, it wasn’t that great.”
“I promise, it was incredible.”
“Really, you mean it?”
“YES OTHERWISE I WOULDN’T HAVE SAID IT. I DON’T HAVE AN ULTERIOR MOTIVE. GAWD.”
Don’t make someone ever say, “Gawd.”

And don’t play it down

Don’t boil all of your hard work down to goodwill or a sheer bit of luck. This is just another way of deflecting and putting yourself down instead of accepting a compliment with class. If you’re insisting “it was nothing” or “no big deal,” then in an attempt at staying modest, you actually just kind of humble-bragged.What you’re making them think: “Really? Saving all those orphans was no big deal? You must routinely save the universe from villainy. Jackass.”

Next time somebody lets you know that you did something awesome, bask in that glory for just a minute. All it takes, at the very least, is a simple “thank you.” Let’s try it:

Hey, you know what? You’re really great for reading this article.

5 Easy Ways to Shake Your Pushover Reputation
Getting Back on Track After Hitting Rock Bottom: Step One