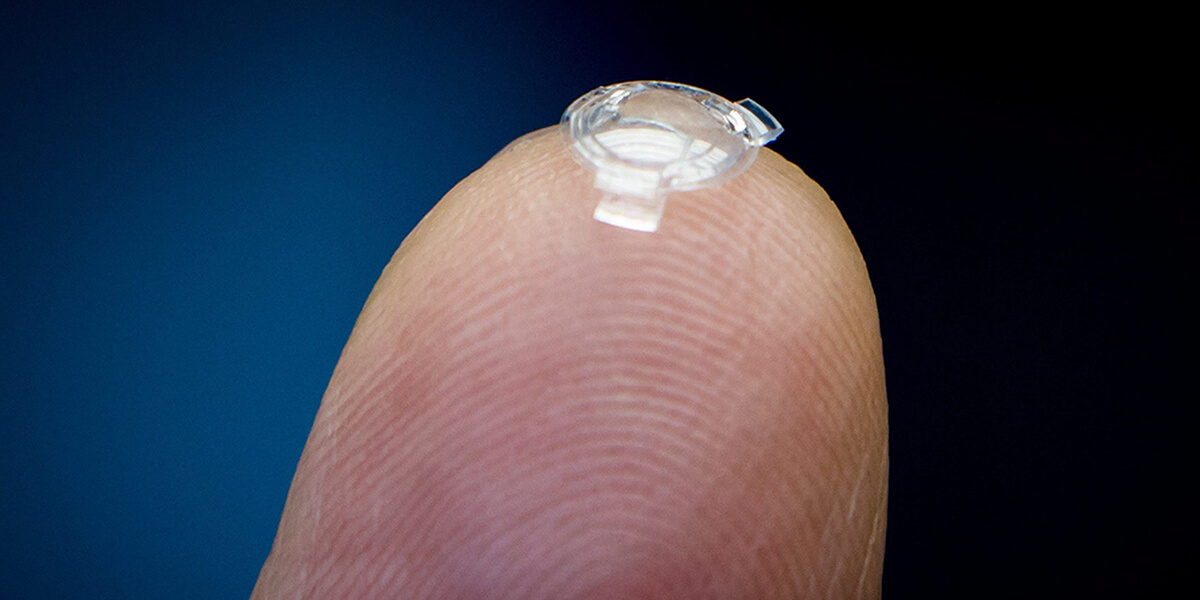 Canadian Eye Doctors May Be Developing The Key To Superhuman Vision

Scientists in British Columbia are crafting “superhuman” contact lenses that can make the eye see an estimated three times better than 20/20 vision.
Yes, frustrated glasses and contact wearers, three times.
Garth Webb, a Canadian optometrist, is founder of Ocumetrics and creator of the Bionic Lens. Webb told CBC that his own experience with reading glasses and contact lenses compelled him to seek a modern alternative to correcting eyesight.

“At age 45 I had to struggle with reading glasses, which like most people, I found was a great insult,” Webb told CBC.
“To this day I curse my progressive glasses. I also wear contact lenses, which I also curse just about every day.”

If you’re like Garth Webb, you’re going to want to pay attention to the development of Bionic Lens. Optometrists across the field have praised Webb’s work and are looking forward to further testing and results.
Dr. Vincent DeLuise, an opthamologist who teaches at Yale and Cornell medical schools, described his anticipation to CBC:

“There’s a lot of excitement about the Bionic Lens from very experienced surgeons who perhaps had some cynicism about this because they’ve seen things not work in the past… I think this device is going to bring us closer to the holy grail of excellent vision at all ranges — distant, intermediate and near.”

This is extremely high praise from one of the most prominent eye doctors in the country.
DeLuise does bring up an interesting point, that certain eye surgeons would be skeptical or cynical about “the ultimate cure” to poor eyesight, as there have been failures in the past.
But Bionic Lens appears to be the real deal. The procedure is similar to that of cataract surgery, but instead of an implant, Bionic Lenses are put into a syringe and injected into your eye.
The eight-minute procedure sounds slightly intrusive, but considering that people get lasers blasted into their eyes for better vision, a shot does not seem so bad.
Bionic Lens have yet to be tested on humans, but clinical trials are said to be going smoothly. Webb is extremely hopeful and claims, “perfect eyesight should be a human right.” We agree with you Dr. Webb and we may be first in line to get that superhero vision.
Head over to the Ocumetrics website and learn more about their mission and process here.

This FSU Football Player Made Sure A Boy With Autism Didn’t Eat Lunch Alone
Study Shows Long Workweek Is Making You Miserable, Slowly Killing You