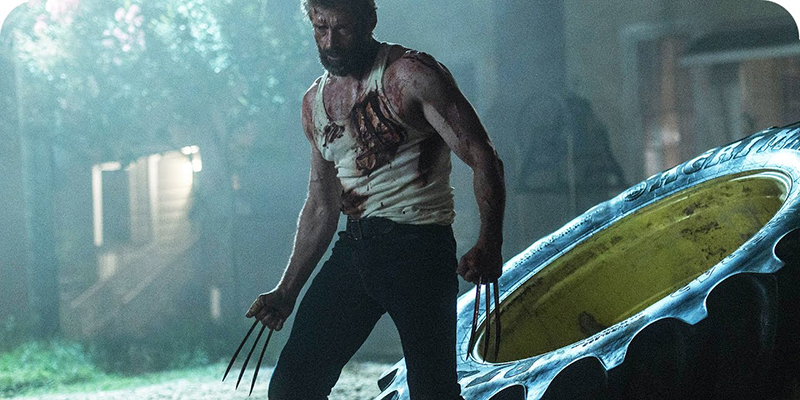 Logan hit theaters last week and, at first glance, feels like two and a half hours of an aged, sickly Wolverine still kinda kicking ass.
Despite this being the last hurrah for Hugh Jackman’s portrayal of the adamantium-clawed anti-hero, Logan has no shortage of blood spatters, decapitated heads and, well, unbridled testosterone-fueled animal rage.
But when you look deeper into the film and ask what exactly it’s trying to say, you get a very different picture.
Logan isn’t just about a washed-up mutant ripping people’s limbs off while they shoot at him; its about a man whose lifelong search for wisdom finally comes to a close after a series of immense displays of self-sacrifice.
The story contained in the film would be right at home alongside myths like The Odyssey, and Logan himself is reminiscent of characters in the ancient tales of the Norsemen like Odin and Thor.
Superhero movies get a bad rep (Thanks a lot Suicide Squad!), but every so often one comes along that teaches us things, even if we can’t immediately explain what they are.
The final chapter in the story of the Wolverine is filled with lessons about duty, finding meaning, and how to adjust when life throws you a curve-ball.
Every guy should see this movie twice, but bring a pen and a piece of paper the second time around.
You’ll find things out about yourself and about life that you might have missed had you secretly gone to see Fifty Shades Darker. Here are four things Logan can teach you about being a man. WARNING: SPOILERS AHEAD!

How to accept responsibility

From the very start of this film, Logan is tasked with caring for Charles Xavier (the once esteemed Professor X), who is somewhere in his nineties.
He has a degenerative brain disease and needs to be medicated to keep his seizures under control. While working as a limousine driver, Logan picks up medication for him and does his best to make the old man as comfortable as he can.
It doesn’t matter if he’s doing it out of love, or to repay the professor for taking him in when he was younger. The point is, he’s doing it because it’s right. He accepts the responsibility of keeping his old mentor healthy, and even though its a major pain in the ass, he just handles it.
This is a quality that every guy should try to emulate; if someone who’s done something for you in the past needs your help, just shut up and help them. Period.

The power of self-sacrifice

At the end of the film, a group of genetically altered children make a run for the U.S.-Canada border, leaving Logan behind at their camp, Eden.
Logan notices drones flying overhead to spot the children, and realizes that they are being hunted. He is badly injured, but has a choice.
He can leave the children along with his daughter, Laura, to be captured and euthanized, or he can throw himself into battle one last time, knowing the odds are stacked against him.
Guess what: he goes for it. Logan sprints into a fight he knows he can’t win to save the future of the mutant race.
It’s this kind of self-sacrifice that makes compelling characters in literature, mythology, and in life.
Logan is weak, tired, and hardly the fighter he once was, but realizes that the lives of the escaping children are more important than his own.
So, if you have an opportunity to make your life a little less enjoyable in order to make someone else’s better, quit being selfish and do it.
It might not be the most pleasant choice, but it’ll be gratifying, and you won’t regret the sacrifice you made.

For most of his life, Logan hasn’t existed with much of a purpose. He kills under the command of Colonel Stryker, who ultimately shoots him in the head with an adamantium bullet, causing him to lose his memory.
He wakes up angry, not knowing who or what he is. He spends his time as a drifter until he is found by Professor Xavier. For most of his life, he’s unapproachable, angry, rude, and generally isn’t fond of people in general.
In Logan, Professor Xavier is murdered, and Logan is left with Laura, his daughter. Even at the death of Xavier, Logan still hasn’t grasped the concept of the importance of love or connecting with another human being.
It isn’t until a clone of himself manufactured by Transigen, impales him on the stump of a tree a la Odin that he understands. With tears in her eyes, Laura takes his hand, and in that moment he discovers a lifetime of wisdom. He learns the importance of family and love.
The lesson here is to never stop learning. Always seek out more knowledge, whether it’s emotional or academic. Accumulate as much information as you can, and never assume that you know everything.
Even as they age, guys should continue trying to understand the world around them and the people in it.
Logan had an entire lifetime filled with adventures and experiences, but only learned what it meant to be part of a family in his last moments.

Owning up to mistakes

Logan is forced to fight against a much more vicious, aggressive clone of himself manufactured by Transigen twice during the film. Aside from being visually cool, the battles between the two are profoundly symbolic.
They represent a man looking back on some of the awful things he’s done before his last great hurrah.
The clone represents the hundreds of people Logan savagely killed, and the animalistic side of him that he has wrestled with since childhood.
The mirror image is a personal demon finally come to the surface, and Logan is forced to make peace with it.
What this says about our own lives should seem obvious; if there’s something dark haunting you from your past, don’t run from it.
Face the lingering negativity and deal with it head on. If you try to push these things down, they’ll only get more powerful.
Like Logan, we can’t truly move forward into the next chapter of existence until we resolve the issues from the previous one.
Whether its a girl you wish you talked to, a fight you had with a friend, or a lie you told, find a way to acknowledge it and move on.
These are only a couple of the important lessons in the film, but the nearly three-hour adventure is packed with similar themes.
Stories like these are told to give us a better idea of what it means to be human, and in Logan’s case, a better idea of what it means to come full circle as a man.
So, if you wake up some days feeling more like the Wolverine—angry, alone and confused—remember that life is long, and there’s still plenty to learn.

Oddly Enough, Believing You Aren’t Successful May Bring You Success
Change Your Life By Reading These Five Motivational Books