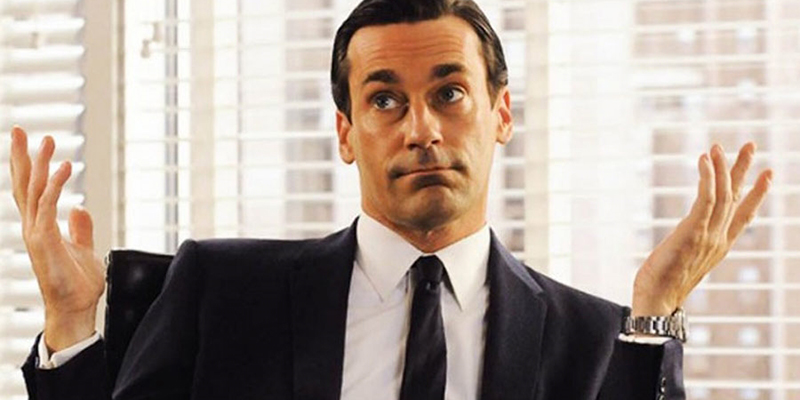 For some reason, deal breakers and the people who have them have garnered a negative stereotype.

A deal breaker can be anything from an individual’s height and how much income they yield to something more serious, like if they have kids or were a convicted for a major crime.

Deal breakers are completely up to the individuals who set them, and they should be allowed to hold on to them judgment free so long as it suits their lifestyle.

We may not know the reasoning behind their non-negotiables and they very well may make no sense to us, but it’s not really up to us.

Whenever you do hear criticism, it usually comes from those who teach loving with an open heart. Which is great. They’re valiant, honestly. The idea of overlooking any and everything in the name of love, no matter their history, is a perspective that not everyone has the luxury of having.

But I think deal breakers are okay to have. In fact, I’d argue that they are necessary.

In life, we all go through different experiences which help us learn about ourselves and teach us which personalities we respond best to.

Maybe you come from a relationship where you carried the financial burden and although, at the time you didn’t mind, in retrospect you realized that you were being used.

Or maybe you’re well read and very involved in what is happening in the world so being with someone who purposely ignores politics and who feels that news is all negative might be hard for you compatibility wise.

While there are deal breakers we gain over the years just from living, there are also deal breakers we do not have that we absolutely should. We can get so caught up with finally connecting with someone that we’ll ignore overtly blatant signs that suggest we should hold off on making a connection and still do it anyway.

So these are some common deal breakers that I feel are pretty necessary to adopt. And even if you do not feel like these are enough to call it off with a potential flame, they’re still pretty strong pillars to form your relationship around.

This is probably the most obvious deal breaker and one that we probably don’t even actively consider because it’s something we subconsciously do before even approaching anyone of interest.

People may claims your vain or shallow if looks are something that doesn’t do it for you, but how on earth are you supposed to build a connection with someone you don’t find attractive?

Furthermore, if health and pride in presentation are major aspects of your life, you’re going to want someone who models that lifestyle choice.

So don’t feel bad for not wanting someone who has let their well-being go or d0sen’t care too much with what they have on. If that means something to you, stand by that.

Unfortunately, laziness is one of those traits that doesn’t unearth itself until after some time and is honestly one of those deal breakers that’s hard to communicate to your significant other.

Imagine telling someone you do not see a future with them because they aren’t as active as you. “Um, yeah. This isn’t going to work. You never leave the house.”

She can be gorgeous, clean, have a great job, and always making you laugh, but if her favorite pastime is laying up in her bed completely absorbed by whatever screen she has in front of her, you’re going to hate your life.

Unless you are a homebody as well, you’re going to always find friction wanting to go out for dates and will always face disappointment when your wish to explore is shut down.

Laziness is also something that can rub off, so understanding where you are in your life and the types of habits you require to make the necessary strides towards your goals should also be taken into consideration.

Yes, bad sex can be a deal breaker. Somehow though people feel as if ending terms because of lack of fulfillment in the bedroom makes them a bad person, or immoral in some way.

It’s totally natural to have different expectations in the bedroom. Everyone is different, including sexually.

But when the occasion does arise where you find out that your significant other does not do things that you thought everyone did or if their appetite is much smaller, or much larger, than yours, then a real problem can occur.

Sex is such a binding component of relationships that if the two aren’t on the same page it could actually do the union harm.

What do you do when can’t even look forward to physical intimacy? Look for it elsewhere. You don’t want to be a man of infidelity, so feel confident when you make that one of your deal breakers. It’s something that will benefit the both of you in the long run.

You ever have a girl make you feel guilty even when haven’t done anything?

Sometimes, when we’re too eager to enter relationships, we bring past insecurities and inflict them on our current partners. Unfortunately, untrustworthiness is one of those insecurities.

Trust is a deal breaker because if you cannot rely on your partner to believe in your ability to be faithful, get bills paid, make hard decisions for the best of you, what do you have?

I need to know that if I’m texting another woman my partner trusts that it is within the confines of our understanding or that although my friend may be a cheating scoundrel, my association with him does not make me a culprit.

Too many men put up with the untrustworthiness of their partner because they think it’s cute or they assess the obsessiveness as a love language when in all honesty it’s unhealthy.

If you cannot find someone in your life that has the utmost belief in you, what do you have?

Work Your Window: How To Find Joy In Where You Are In Life
How To Appeal To More Women Through Demonstrating Social Value