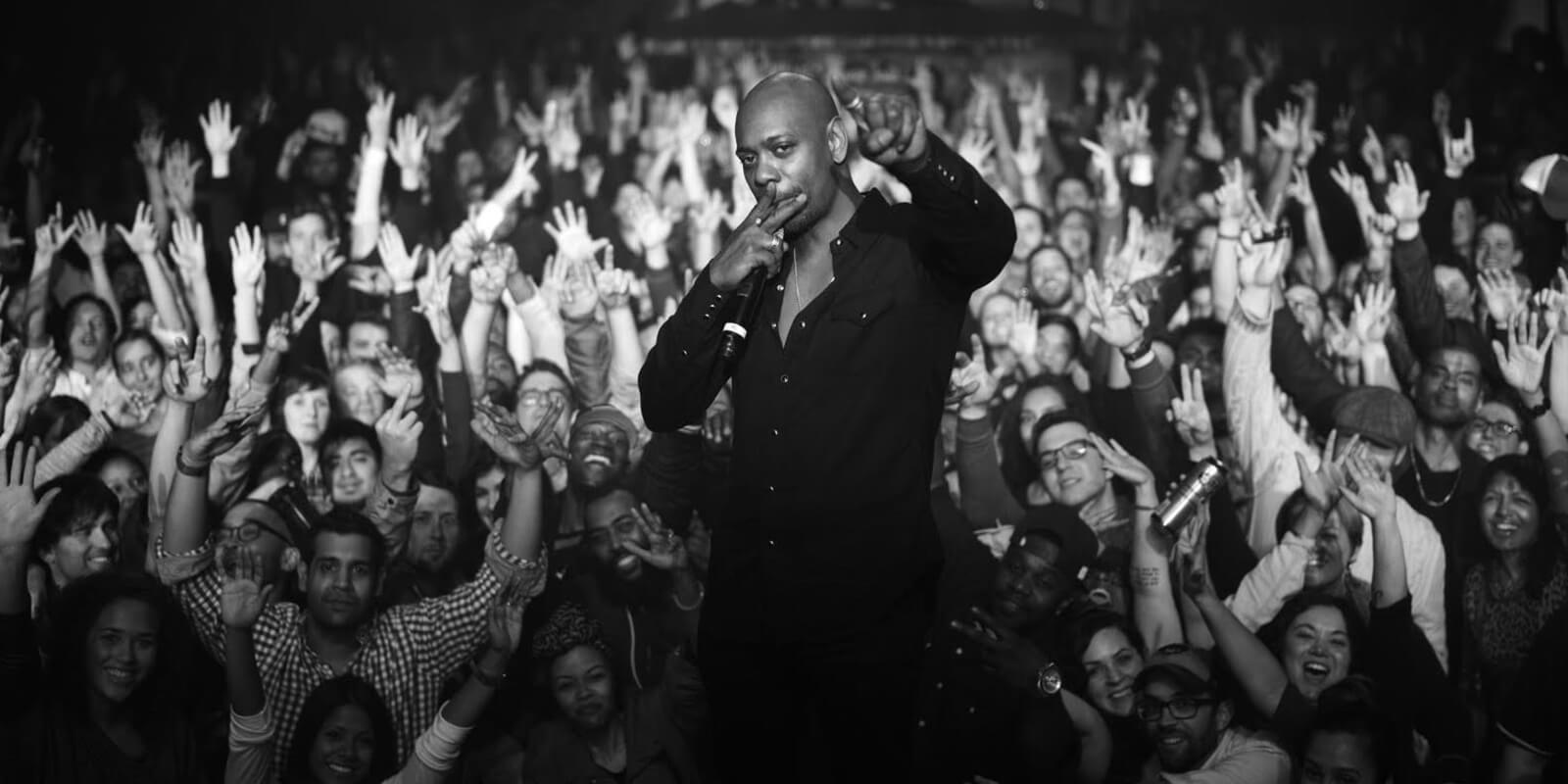 What Dave Chappelle’s New Netflix Deal Teaches Us About Integrity

Earlier this month the sketch comedy program Saturday Night Live recorded it’s highest rating in three years.
Entertainment news authority, The Hollywood Reporter noted that the 6.2 rating among households and a 3.9 rating among adults eclipsed the previous record set by frequent SNL guest Jimmy Fallon, who not only was hosting a Christmas episode, but featured none other than Justin Timberlake as his musical guest.
Not only was the mid-November airing a record high in viewership, SNL also witnessed its largest total audience since a year ago, when Donald Trump hosted with musical guest Lady Gaga.
Unlike the Tom Hanks and Lady Gaga mash-up that previously held this season’s record, Fallon, who hosts his own late night program and President- Elect Donald Trump, who is, well, President-Elect Donald Trump, the host that graced the stage this particular Saturday night, for the most part, has been a recluse.
You can hardly consider him an A-list celebrity, he avoids the public eye and hasn’t made a joke in front of the camera in years. Yet the moment Dave Chappelle stepped out on to that SNL Stage to host on November 12th, he demanded the attention of everyone in America.
So how does a man who shies away from the limelight manage to rock a stage constantly graced by the most relevant celebrities every week? Integrity.
Integrity is one of those intangibles which translates anywhere. Whether you are on the sporting field or the work office, integrity in who you are and what you represent, it’s a currency that will never lose value.
You couldn’t always say the name ‘Chappelle’ and expect everyone to stop what they’re doing at a moments notice; he wasn’t always praised and treated with the type of reverence he is now.
The name “Dave Chappelle” now carries a certain amount of respect. A respect earned not just through amazing work, but through how he’s carried himself in an industry where such character is lacked.
Integrity is what made fans tune in to SNL despite his notable hiatus, it’s why he can sell out 13 shows unannounced within minutes, and it’s why back in 2004 he reneged on Comedy Central’s $50 Million contract to renew his groundbreaking Chappelle Show.
The 43 year-old D.C native who’s early successes like Half Baked and Mel Brooks’ Robin Hood: Men in Tights, put him in a class of his own to cult fans everywhere, reached an ever greater level of stardom in 2004 when he debuted his self-titled sketch comedy program.
Chappelle Show managed to surpass the status of regular sketch-comedy program to a crucial part of the zeitgeist in a mere three seasons. Through stand-up bits and various sketches, Chappelle gave a perspective on culture, politics and race that resonated so intensely with audiences that the show now is widely considered as a cultural phenomenon.
But Chappelle felt that the fame and money was costing him more than he could afford.
In a sit-down with Oprah, Dave Chappelle explained his disappearing act, saying:

“I wasn’t walking from the money, I was walking away from the circumstances that coming with the new found plateau… I was doing sketches that were funny, but socially irresponsible. I felt like I was deliberately being encouraged and I was overwhelmed. It’s like you’re being flooded with things, and you don’t pay attention to things like your ethics.”

Longevity in Hollywood is hard, but managing to keep a cool head in Hollywood without compromising yourself is even harder. Everyday there is a story of either a musical artist that hasn’t paid their taxes, infidelity, or yet another cringe-worthy statement from your ex-favorite celebrity, but when a celebrity decides to step away from a large lump sum of money and suddenly he’s “lost his mind” or “crazy.”
I was taught that in life, as a man, the only thing you have for sure in the world is your name and your word. Beyond riches, beyond success and accolades, being able to shake someone’s hand, give them your word and have that stand, is more valuable than anything you can posses in life – all values that are simply not evidenced enough today, especially in celebrity culture.
During the middle of the week if you turn on Oxygen or Vh1, you can catch Instagram models and D-list “rappers” doing whatever the executive producer tells them, throwing drinks, fist or insults for the name of a check.
And if that bores you, over on E! there is a family that has become easily one of richest bloodlines in entertainment from gossip columns and leveraging endorsements from looks manipulated underneath the creativity of a surgeon’s blade.
From Lindsay Lohan to Johnny ‘Football’ Manziel to MC Hammer and Charlie Sheen, self-destructive behavior and excessive spending has become so much of the status quo for celebrities that we’ve normalized such behavior.
We expect Justin Bieber to punch his fans in the face. Of course Tyga bought his girlfriend Kylie Jenner a $200,000 Maybach after getting his Ferrari repossessed. That’s what our celebrities do – chase money. Which makes the case of Dave Chappelle that much more inspiring.
In the same interview with Oprah, Dave illuminates his concern with the $50 million contract reconstruction- which took place in the middle of the second season when DVD sales unexpectedly broke all types of records, including fastest-selling DVD set in history upon its release – Dave speaks on celebrities who, once getting a large amount of money, lost a bit of themselves in the midst of a new contract.

“Look at Mariah Carey. Made an $100 million dollar deal, and three months later she’s all of a sudden mysteriously crazy. Or Martin Lawrence punches through, and he’s waving a gun on the street screaming, ‘they’re trying to kill me.'”

So Dave walked away.
Since his absence from the public eye, Dave Chappelle and $50 million dollars has sort of been synonymous. How could anyone ever leave $50 million on the table? What was he thinking? Will he ever get that chance again?

Well, According to Variety, Netflix has announced that the comedian has inked a deal for three standup comedy specials to air on the streaming network. The projects represent the first TV specials Chappelle has done in 12 years, and promises a return to form for one of the medium’s most influential figures.

No matter the path you are on, no matter what you are trying to accomplish, if you do not have patience and integrity, you will go for the wrong opportunities and miss the bigger ones that suit you better. And no one executed the art of patience and integrity better than Dave Chappelle.
So what’s the price of integrity, $50 million? The Nexflix offer is worth a reported $60 million, do the math and get back to me.

Stay Humble: Why You Need To Act Like You’ve Been There Before
These 4 Regrets Of Dying People Will Inspire You To Reshape Your Life