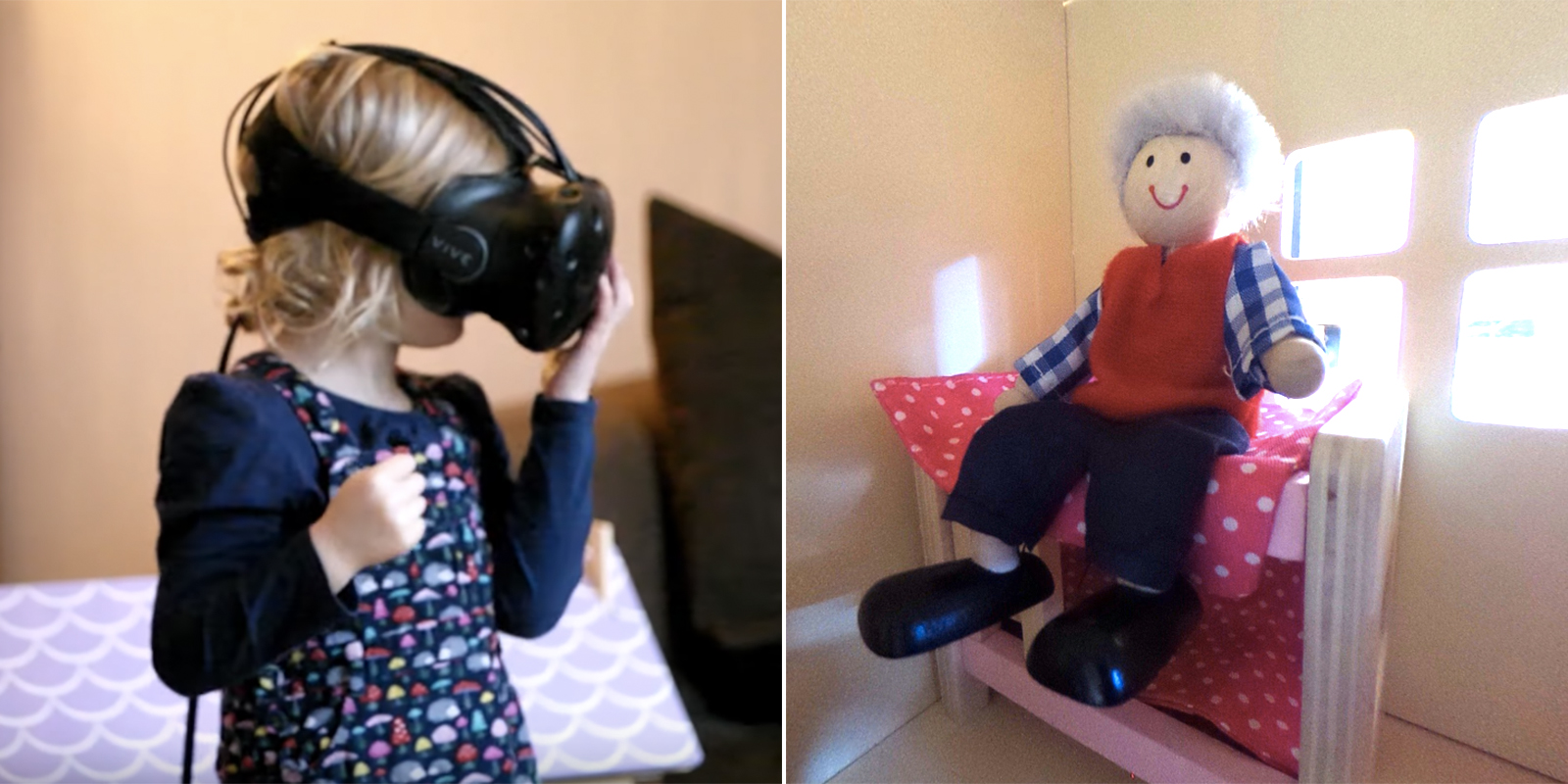 Grownups, kids; everyone seems to want the latest technology, and why not? The benefits of virtual reality are numerous and becoming more and more widespread.
The influence of VR has spread to include the home, even bringing families together through the new tech.

The holidays just passed, but this HTC Vive user introduced his daughter to something that will continue to keep her spirits high.
Using a Ricoh Theta SC 360-degree camera, Toby Newman placed the camera in his daughter’s dollhouse, where she was able to tour her dollhouse like never before.

There, she was able to scroll alongside her dolls in its tiny structure, similar to being a character in a Sims game.
Newman posted an album of 360 images where we can get an idea of what his daughter is looking at through the VR headset.
Pretty cool, right?

While this is an impressive use of VR technology, it’s important to be aware of the restrictions that still characterize the headset. As everything that gives us joy, it should be used with caution.
Whilst the HTC Vive doesn’t have a specific age requirement, the site states that, “The product was not designed to be used by children.” The PlayStation VR also suggests that its VR headset should be used by those ages 12 and older.

Nonetheless, parents are buying these VR headsets and enjoying them with their children. Age restrictions aside, it seems that families will keep on using VR as a new bonding experience.
It seems relatively harmless, and that video of a dad showing his young daughter her dollhouse is awesome, but VR tech can be a little intense for young kids.

It’s ok to bend the rules a bit, just remember to do it in moderation.