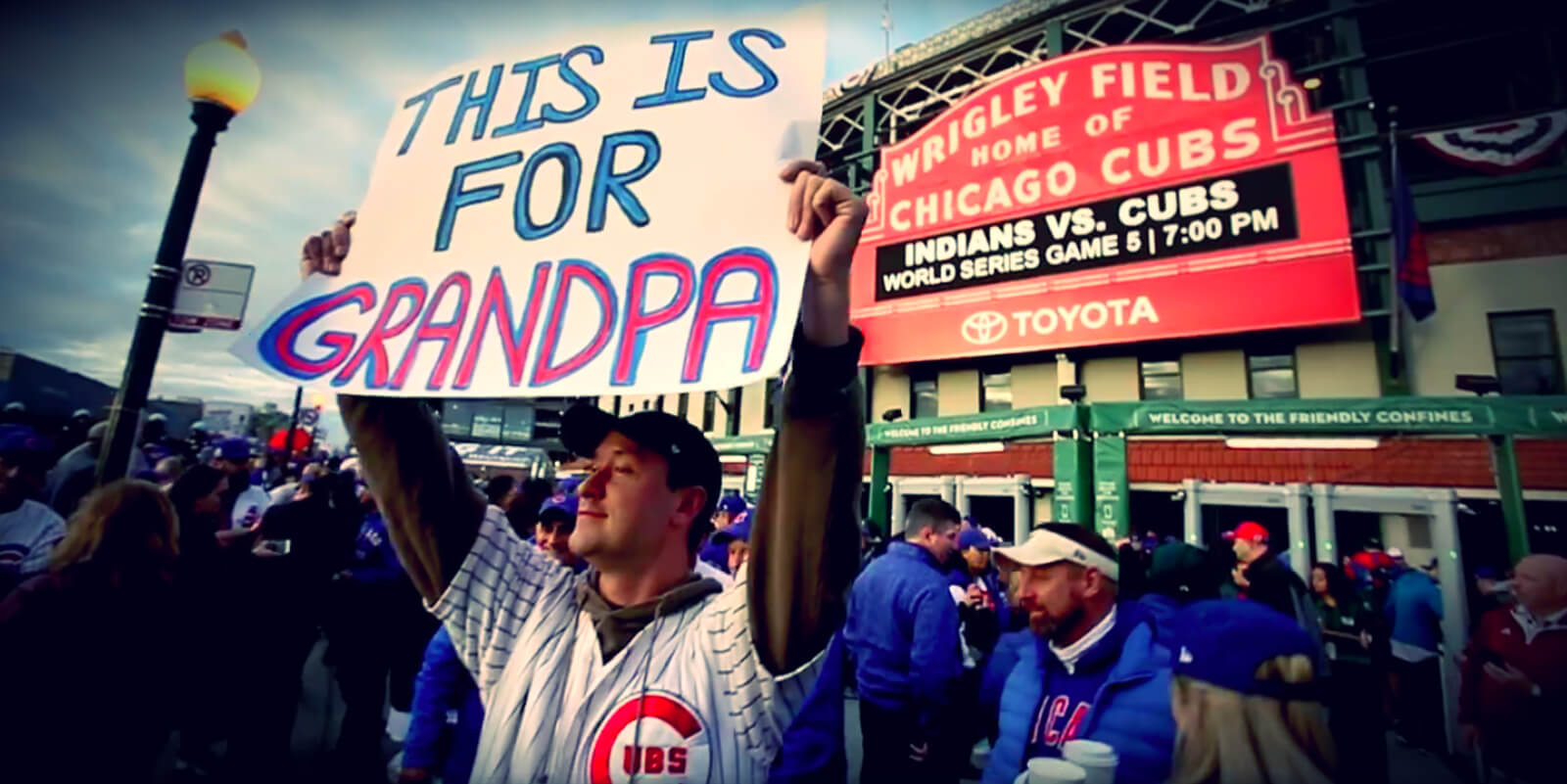 Last night the city of Chicago did not sleep. Unlike your typical work night, there was no winding down; there were no midweek sitcoms to catch up on, no not last night.
Homework was neglected, work projects were placed on hold, and little kids were allowed to stay up past their bedtimes.
Last night the city of Chicago did not sleep because every eye was glued to the last pitch and catch that led the Cubs to their first World Series win in 108 years.
Season after season of ‘maybe next year,’ a phrase that the city of Chicago had gotten far too familiar with.
In a sports town like Chicago, who has seen relative success in all major sports categories – with the Bulls’s two three-peat’s in the 90’s, the White Sox winning the World Series in 2005, and the Blackhawks winning three Stanley Cups in five years, with their most recent coming in 2015 – it almost seemed like the Cubs were just not supposed to win.
Even as the Cubs made the World Series they slipped into a 3-1 deficit, making a win even more improbable seeing that only five teams in MLB history have ever recovered from such a deficit.
But, even though it sounds strange to say it, that’s the Chicago way: down but never out, resilient.
The Merriam-Webster dictionary defines resilience as “the capability of a strained body to recover its size and shape after deformation caused especially by compressive stress; an ability to recover from or adjust easily to misfortune or change.”
And according to that definition, I can’t think of a city that is more resilient than Chicago. It’s why the Cubs victory is everything the city is about.
Let’s take it back. The Chicago Fire of 1987, also called the Great Chicago Fire, destroyed thousands of buildings, killing an estimated 300 people dead, 100,000 others homeless, not to mention causing an estimated $200 million in damages. To get a some kind of perspective of just how big this fire was, it burned from October 8 to October 10, 1871; not trees, not open fields, but the city.
If you look at Chicago today you will see one of the most beautiful cities in the world.  The city is ranked as the number two travel destination by U.S by Conde Nast Traveler.
According to mayor Rahm Emanuel, Chicago attracted a record-breaking 52 million visitors in 2015 and tourists spent an estimated $14.9 billion – a 34-percent increase since 2010. This is the first time Chicago has surpassed 50 million tourists. That’s a resiliency.
Following the blaze, coming back and ensuring proper reconstruction efforts were poured into the city is reminiscent of refusing to be discouraged about not winning in over a hundred years, or even being down 3-1.  And as a result, progress began quickly and spurred great economic development and population growth.
It’s this mentality- one of not caring which obstacles are ahead, or what has happened in the past- that makes Chicago, Chicago. It’s a condition that has galvanized the city, and is why its inhabitants are so proud to live there.
I’ve been hear for almost two years and it’s an energy that’s inescapable. Chicago doesn’t hide how hard it is, or how hard it’s going to be. Every year there are harsh winters. Every year there are deadly summers. But the people that live here truly believe that with a stick- to-it-ness, anything just might happen.
Last night’s Game 7 World Series was dramatic beyond your favorite screenwriter’s script. From the rain delay in the 8th inning to Chapman’s arm, no one knew how the game was going to play out.
The Cubs avoided the embarrassment of an epic collapse, being up 5-1 early, blowing the lead, and having to start all over again. It set the stage for arguably the greatest World Series game in the past decade.
Crushed beer cans and broken bottles lie in the street. Eyes this morning are weary with joy, faces are strained with relief and Cubs paraphernalia is sold off every shelf.
There’s a slower pace to everyone’s step, and that’s okay. Right now the Cubs are baseball immortality. A century of losses, a 3-1 deficit and the weight of the world didn’t matter.
The Cubs showed that they could recover from misfortune, defy odds and win anyway, and they did it with resiliency, the Chicago way.