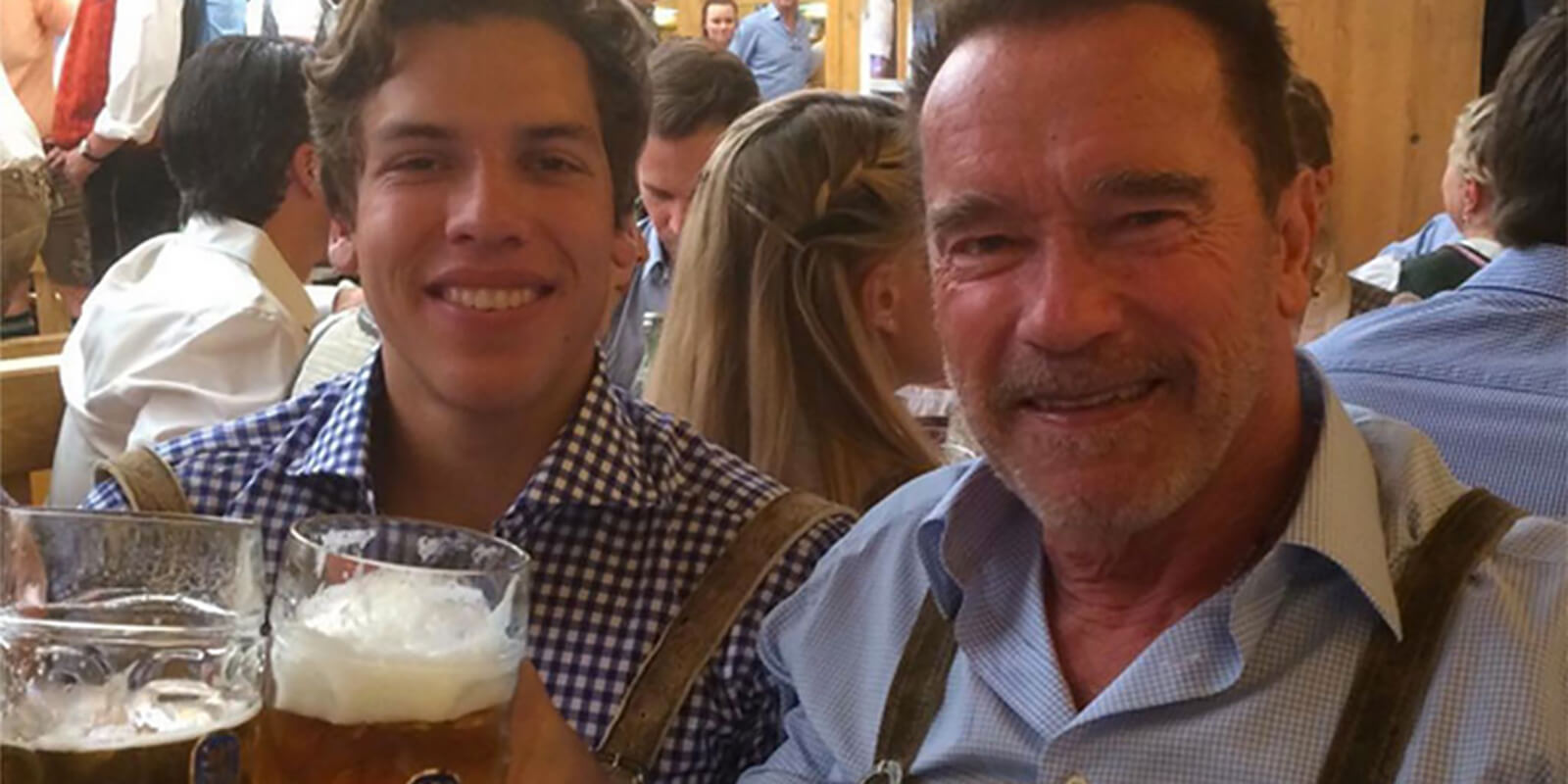 Arnold Schwarzenneger Reconnects With His Son In Epic Birthday Photo

Former Mr. Olympia, Governor of California, and movie star Arnold Schwarzenegger shared a photo on his Instagram a couple of days ago with his son, Joseph wishing him a happy 19th birthday.
Almost five years since his very public divorce, where the Terminator star was not only caught having an affair with housekeeper Mildred Baena, but that the two had been keeping son, Joseph, a secret the whole time.
The message, which read “I’m proud of you and I love you” was genuine and also was the first we’ve seen Arnold publicly address his infamous indiscretion.

Happy birthday, Joseph. Great student, great athlete. I'm proud of you and I love you!

The father-son pairing were enjoying a day out at Oktoberfest in Munich wearing lederhosen–a native traditional dress–and raising ‘steins to Joseph’s 19th birthday.
Arnold’s affair was such a major news story when it broke five years ago because of the manner of the act. Arnold and ex-wife Maria had their youngest child together in 1997, just five days before the former California Governor had Joseph with housekeeper Mildred. Crazy, right?
Now it seems that tensions have cooled enough that Arnold can show his love in a more public forum, which is a shame for Joseph, who never asked to be dragged into the middle of the scandal in the first place. At whatever cost he appears happy, which is important.
On Howard Stern’s SiriusXM radio program Arnold admits apologizing to Maria and the difficulty the entire situation has had on all his kids and his family as a whole.
He still claims to having not known about Joseph until later in his life, information that only he and Mildred may know. Regardless it’s good to see Joseph, who has obviously been through a lot, in a good place.

Leonardo DiCaprio Is Going To Mars, At Least That’s What He Told Obama
Forever Young: Doctors Have Found The Key To Living Longer