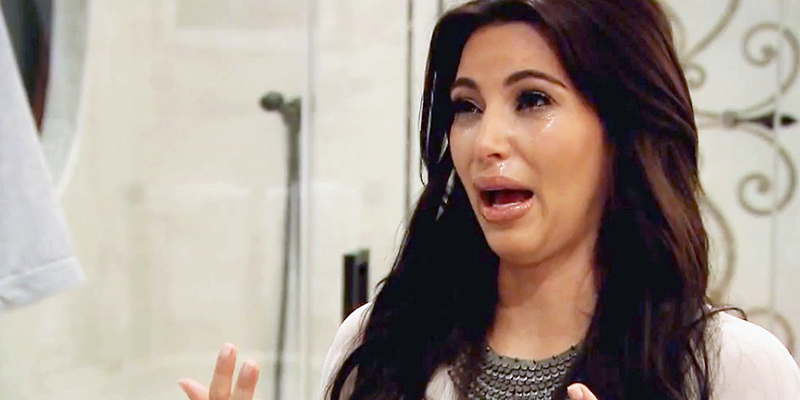 Getting it up shouldn’t be a problem, but we’re all imperfect human beings who are riding our own horses, so any erectile dysfunction prevention is welcome.
With that being said I should warn, especially with the impending guaranteed-sex-if-you-get-a-date-day coming on the 14th, to make sure, by all means, that she does not cry.
Whether it’s tears of disappointment, tears of joy, or even if you’re cutting onions for your favorite chili, your mission is to avoid tears at all cost.
According to a 2011 study that has resurfaced, there is significant evidence which suggests that a woman’s tears can have a negative effect on a man’s sexual desire.
QI Elves is the culprit behind the resurgence of this study and, as you can imagine, it has gotten people talking.

Women's tears contain pheromones that lower the testosterone of nearby men.

Critics of the study point out the small sample size of the study and suggest the information is built entirely on account of the study relying on the existence of ‘pheromones,’ but there is stronger evidence to back this up as well.
Professor Sobel told BBC World Service radio that the “chemical signal” that come from women’s tears decreased levels of testosterone, as well as brain activity associated with sexual arousal.
The research was derived from scientists collecting tears from women volunteers, who cried while watching sad films.
Side note: Do NOT watch sad films on Valentine’s Day.
According to the Weizmann Institute findings, men who sniffed tears found women less sexually appealing.
In the research where they were ordered to inhale both woman’s tears and regular salt water as a placebo, men’s saliva fell 13 percent on average after they sniffed tears.
“This study reinforces the idea that human chemical signals – even ones we’re not conscious of – affect the behavior of others,” Prof Sobel said in the online journal Science Express.
While the study wasn’t conclusive it garnered just as much backing as it did skepticism. But why risk it, right?

Eat Your Feelings: The Science Behind Being Hangry
Study Shows Sitting All Day Can Age You By Up To 8 Years