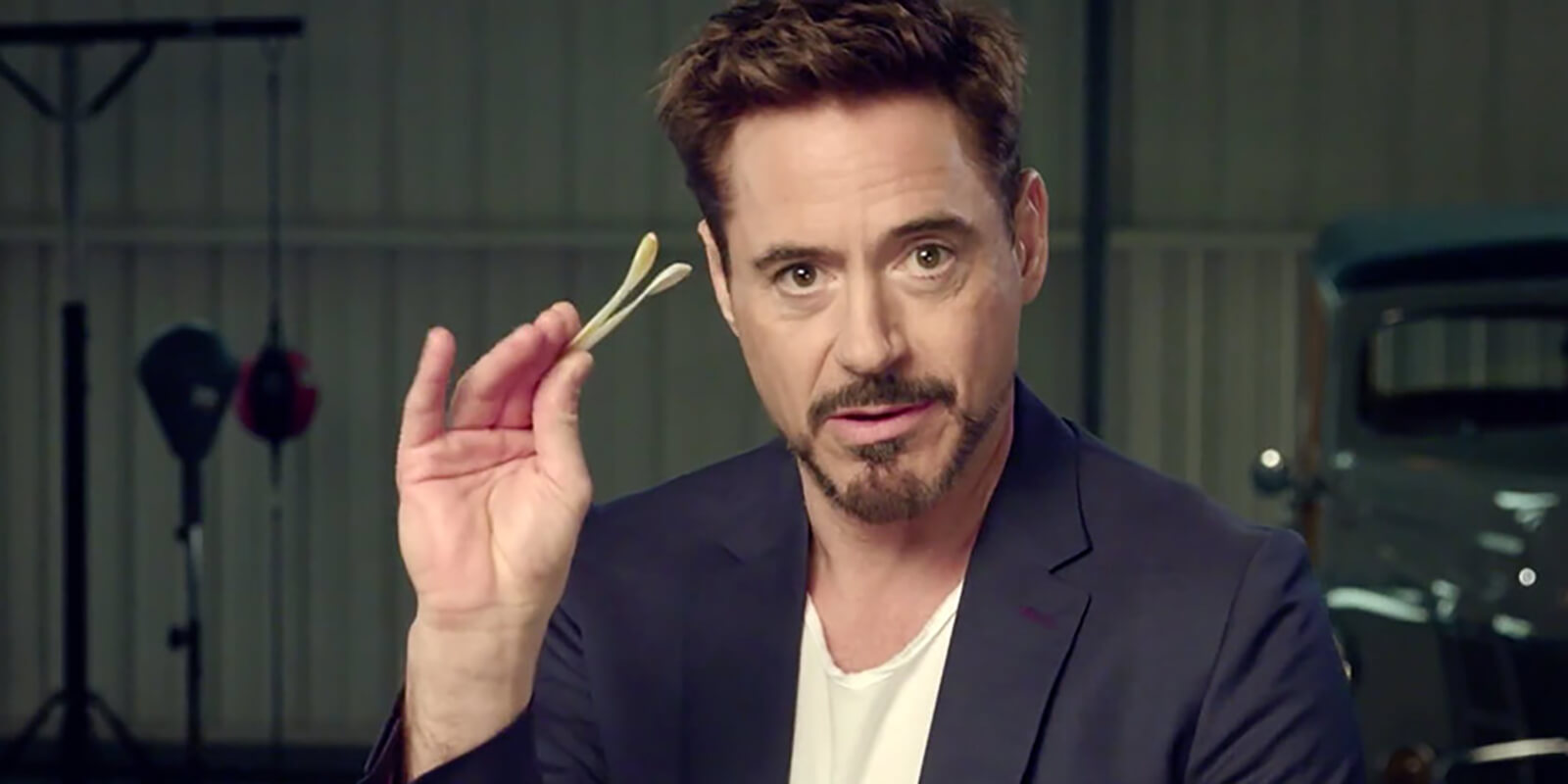 Although he’s a charming, funny, and amazingly-talented actor, Robert Downey Jr. hasn’t always been the healthiest.
In the late 90’s Downey was a drug addict, and I’m not talking about a little marijuana here and there.
Downey Jr. was addicted to drugs on an entirely different level; crack cocaine and heroin took over his life.
He credits the habit from his father, he was first offered marijuana at the age of 7, and at the age of 8 Downey Jr. was already addicted. By 1995 he was smoking crack and having many run in’s with the law.
At one point, Robert wandered into a neighbor’s house, took his pants off, folded them over a chair, and tucked himself into a bed in a spare bedroom. That’s not even the wildest case!
Talking to Oprah, Downey mentioned the time he got caught driving around naked in a Porsche throwing imaginary rats out of a window. After the incident, Downey told the judge that a bout of ‘cocaine psychosis’ caused his actions saying,

“It’s like a got a loaded shotgun in my mouth, my finger on the trigger and I like the taste of the gun metal.”

And all of that still wasn’t enough to get him on the straight and narrow.
Following that sentence, Downey returned home only to look for the drugs he hid in the house before leaving for rehab. He admitted his problems and said,

“The wife has moved out, the kid’s gone, my life is a f–king babyshambles, and I suddenly make the neuropathic connection that there’s nowhere the coke can be but the garbage, and I f–king dig in the thing and there it is, and it’s so f–king pure and so clean and there I am, in my own kitchen, cooking up some rock — no Vicodin, no Valium, nothing to take the edge off, barely a trace of fucking Absolut Citron left in the fridge, and I just go, ‘This is as good as it gets right now.’”

“I have to thank Burger King, It was such a disgusting burger I ordered. I had that, and this big soda, and I thought something really bad was going to happen.”

Afterwards, he tossed all of his drugs into the ocean, as he decided right then and there that he needed to clean up his act.
Downey is now 13 years sober, and still one of the biggest actors in the world today.
According to Forbes, from 2013 to 2015, Downey topped the list of highest-paid actors raking in an estimated $80 million.
They say you can’t really turn your life around until you’ve reached rock bottom.
So if you’re feeling down about your life, maybe it’s time for a Whopper.

Just Say No: Time Management Starts With Knowing When To Say No
Want To Be Mentally Tough? These Scientific Tips Will Help