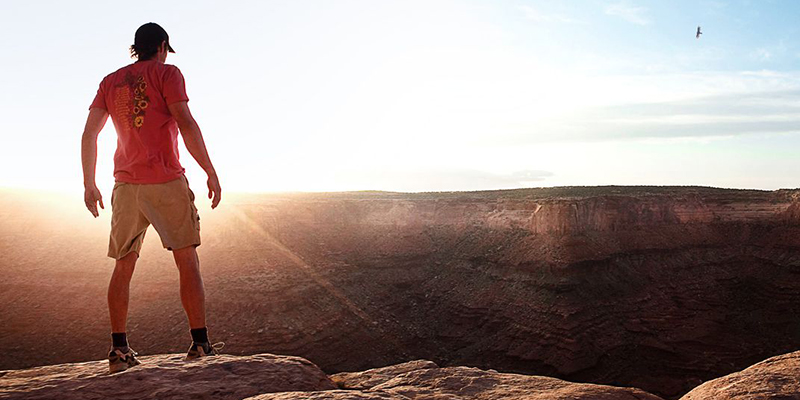 5 Movies To Watch When Life Is Keeping You Down

Look, we’ve all been there before. It feels like you’re drowning or taking grenades or whatever other damn metaphor you want to conjure.

You try to come up for air, and life just puts its sweaty hand on your head and pushes you back down.

Life is kicking you in the stones – repeatedly – and instead of kicking back, you just want the bad man to stop.

We’ve all felt this way at one time or another. It’s OK.

But here’s the thing: Stop.

I got a rule: I don’t write articles for quitters to read. So by definition, if you’re reading this, then you’re not a damn quitter. When life pushes you around, eventually you gotta start pushing back.

One helpful tactic is to turn to the world of cinema and let them tell you beautiful, inspiring lies or gut check you with some harsh truths.

Here are some of the best movies to watch when you need a little kick in the ass so you can stand back up and lay waste to your problems:

The write-up: Holy crap. If Dewey Bozella isn’t your hero, you might want to start rethinking your life. This guy did 26 years in prison for a murder he didn’t commit (by the way, this is a true story).

Countless times, he was offered parole if he just signed a paper confessing to the murders. Because he has values for days, he wouldn’t, so they pretty much locked him up and threw away the key.

Eventually, the Innocence Project got his conviction overturned, and he got out of prison. At age 51, he set out to chase down his lifelong dream of fighting a professional boxing match, a dream that was taken away from him in the prime of his life.
What follows is quite possibly one of the most inspirational stories I’ve ever seen in my life.
The takeaway: Oh, you think your life is unfair? Enough of that. Dewey Bozella’s underdogness makes Rocky look like he had it easy. If Dewey got it done, you should be fine.
“I’m too busy. Whittle this thing down into a short clip that explains everything”: I’ll do that for the rest of them, but this one you’ll watch in its entirety and like it.

James Franco plays that dude Aaron Ralston who cut his arm off after getting it trapped under a rock. I gotta say, I went into this movie thinking it’d just be a waiting game until this fella saws off that arm and call it a day.

What I got was actually a soulful meditation on what happens when you’re alone with your thoughts contemplating death and the amazing will that all of us have to survive.

The takeaway: You’ll finish this movie thinking about the things in your life you’d regret if you died today, the people you’d miss and the people that would miss you – and that most importantly, you have it in you to put your life on a path of your choosing.
“I’m too busy. Whittle this thing down into a short clip that explains everything”

The write-up: Liam Neeson and friends survive a plane crash in the middle of cold, dark nowheresville – only to start getting picked off one by a pack of wolves.

Neeson’s character begins the film strongly considering suicide; after he survives a plane crash, the brutal indifference of nature, and an onslaught of wolf attacks, he has a re-awakening of sorts and is 100 percent committed to fighting to the bitter end, no matter how hopeless it gets.

The takeaway: You think your life sucks now, but you’re safe and healthy. Things could be so much worse, and you’d be wishing to have your regular crappy life back if things really did get bad. Focus on what you got.
“I’m too busy. Whittle this thing down into a short clip that explains everything”: Sure, but this is one spoiler-y.

The write-up: Sure, I’ve been going a little heavy on the macho stuff, but let’s look at thing from another angle. “Before Sunrise” and “Before Sunset” are two movies from director Richard Linklater and actors Ethan Hawke and Julie Delpy.

“Before Sunrise” about two young folks who meet on a train and over the course of the next several hours, very believably fall in love. The follow-up “Before Sunset” is roughly a decade later and tells the story of what happened afterward.

The takeaway: Several. Lots of life lessons here, especially about romantic relationships.
It gives you the hope that maybe you’ll have a chance encounter that leads you to meeting the love of your life, and it also shows you how painful life can be if you’re a damn moron and blow it.
Together, these movies are enough to make a curmudgeon like me get a little warm and fuzzy, so that has to be worth something.
“I’m too busy. Whittle this thing down into a short clip that explains everything”

Those four minutes of “Up”

The write-up: This Pixar movie articulates more about the essence of life in four minutes than most philosophers do in their entire careers. I wish there was a way to bottle this sequence up into a pill and take it every morning.

The rest of the movie is good and worth watching, but if you’re short on time, that opening sequence says everything that needs to be said.

The takeaway: Your life is short, and there are no guarantees that the people you love are going to be around forever. The things you want to do and the people you want to do them with – do all of it now.
“I’m too busy. Whittle this thing down into a short clip that explains everything”: Thankfully, this one’s easy.