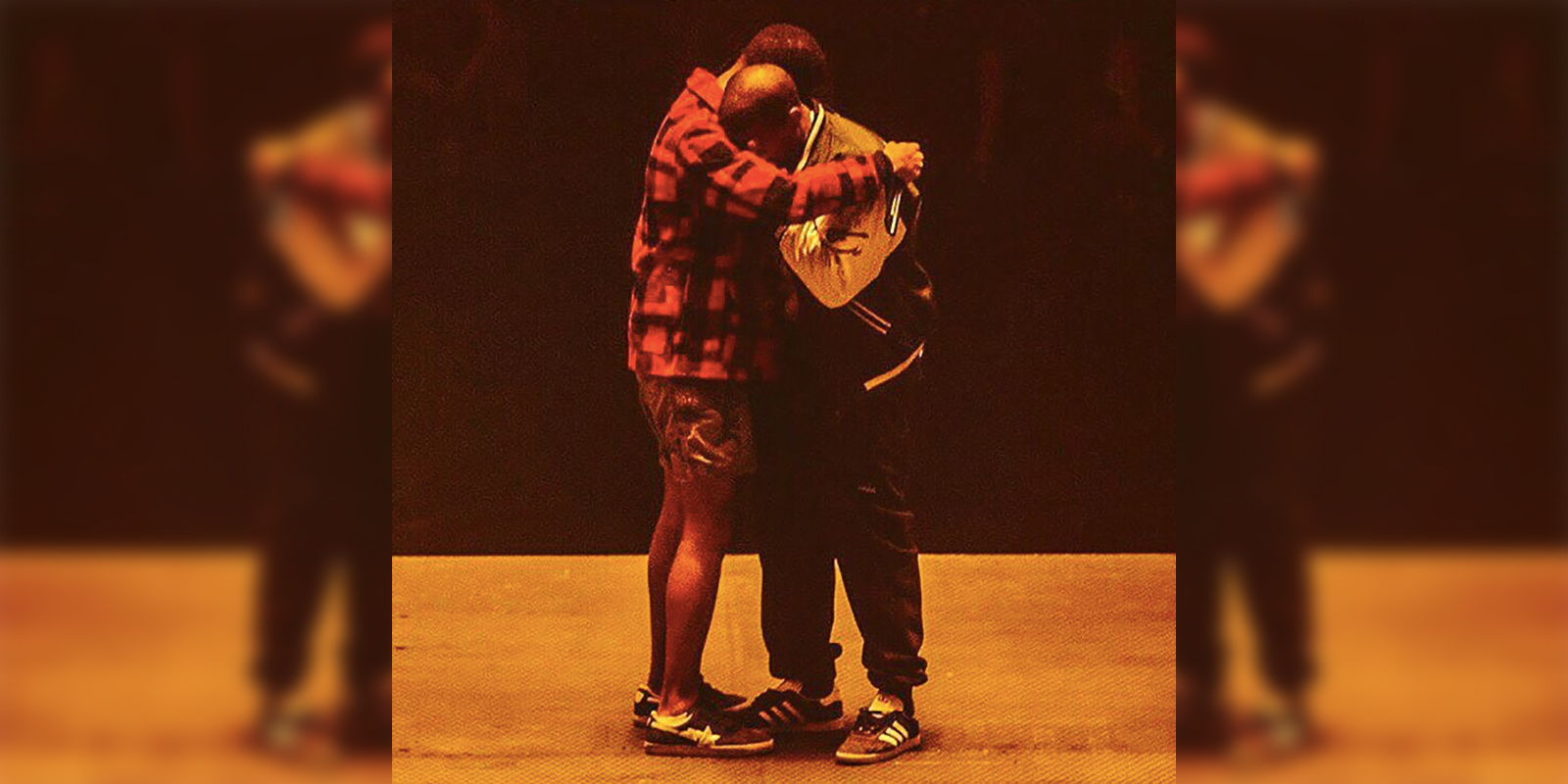 Man Up: Why Men Should Start Taking Mental Health Seriously

Grammy award-winning rapper Kanye West was hospitalized for stress and exhaustion at the Ronald Reagan UCLA Medical Center in Los Angeles Monday night. This is following several hectic days on an expansive world tour.
At his concert Thursday night in San Jose, West announced that had he voted in the 2016 presidential election, he would have cast his vote for President-elect Donald Trump — something that through Yezus nation for a loop.
He followed that act Saturday in Sacramento, with an even more bizarre rant, this time coming at his close friends Jay- Z and Beyonce, further sending everyone into confusion and worry.
Sources from his camp maintain that his admittance into the hospital was purely due to fatigue. His mother-in-law, Kris Jenner, told Vanity Fair on Monday that West was “exhausted” but “good.” Despite the AP reporting he was placed on a psychiatric hold.
Similarly, Kanye’s mental lapse comes shortly after his prodigy, Kid Cudi, went from rehab to cope with anxiety and depression. Cudi entered rehab on October 5, after going on a rant of his own on twitter. The two were seen hugging on tour after his release from rehab before Kanye was hospitalized.
Although these two events may appear isolated, the reality is that men face stress, anxiety and post traumatic disorders at an alarming rate.
According to MentalHealthAmerica.net over 6 million men face depression every year. Men are more likely to report fatigue, irritability, and loss of interest in work or hobbies rather than feelings of sadness and depression. The highest rate of depression is in men aged 40-59 and more than four times as many men than women die by suicide in the U.S
Although depression is a condition both men and women deal with, it’s something that men clearly are having trouble talking about, and coping with.
Mainly because it’s hidden to the eye, mental health is an ailment too often swept under the rug. If you bruise your knee, there is immediate medical attention available with a first aid kit and maybe even a small piece of candy if you behaved yourself, but when someone faces severe mental stress, they are often told to cry it out or suck it up – a mere band-aid to a laceration far deeper than anyone could imagine.

In 2015 then Bears wide receiver Brandon Marshall spoke on how he thought about mental health before his diagnosis:

“Before I was at MacLean hospital, if someone had said mental health to me, the first thing that came to mind was mental toughness, masking pain, hiding, keeping it in … that’s what was embedded in me since I was a kid. You know, never show a sign of weakness. And it’s funny, because now I know it’s the total opposite. It’s being able to have the strength to pick up the phone and ask someone for help.”

Unlike scraping your knee or breaking your arm, you cannot pinpoint, at least immediately, the cause of damage when you are facing mental conflict; and it may even be more difficult to explain. Difficulties with work or finances, the breakdown of a relationship, overwhelming family responsibilities, or a significant setback are not tangible enough, so is often dismissed as ‘part of life’ instead of significant injuries.
On average, 90 men take their lives everyday in the U.S, a number that has gotten far too large and one that now demands the attention of men everywhere. And it starts with us.
A large reason the focus on mental health is swept under the rug is due to the perception of being bigger, larger and stronger than something that is in your mind – that it’s something that will power should conquer. And what happens is that we hold not only others to this wrong and ignorant school of thought, but we hold ourselves to it too.
We’re fast to jump to ableist terms like crazy and insane, with an air of insensitivity that would detour anyone from admitting dealing with troubling thoughts.
When we see Cudi inexplicably calling out his peers on twitter, Wayne on late night news looking like he’s sharing the airspace of space needle saying he doesn’t feel connected to Black Lives Matter, or Kanye screaming at a crowd of fans that Jay Z should call him, rather than diagnose and banish, we should be sympathetic to unforeseen circumstances that they as celebrities and, quite honestly, every guy faces on the daily basis.
Depression, anxiety, bipolar disorder, psychosis, schizophrenia, and eating disorders are not conditions anyone should feel ashamed about. Self-medication is often a resort men take instead of seeking professional help. Approximately 1 in 5 men develop alcohol dependency and male veterans experience nearly twice the alcohol and drug use as women.
Talking, listening and being there for someone in tough times can be lifesaving, but it’s not until we as men take metal health serious that any change will begin.
We can rush to a snap judgement about Kanye or about Cudi, or make fun of Dave Chappelle for ditching $50 Million to go to Africa, but in doing so we must understand that we’re not only ignorantly disregarding the unknown, but we’re mocking thousands of celebrities that are like you and me everyday, that go through the same anxieties.
If not for your favorite artist, be more intentional with your knowledge of mental health and your role in changing it, for the people who face it everyday.

Willpower And Passion Are Different, But You Need Both To Realize Potential
Pain And Love: Why The Two Strongest Emotions Go Hand In Hand