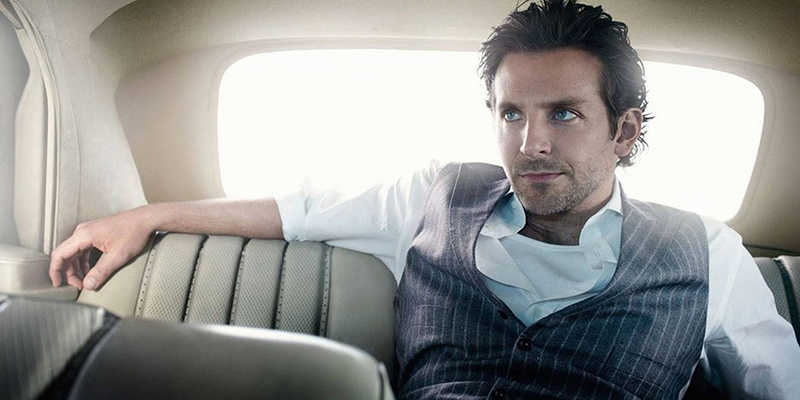 Focus On You First: 4 Reasons To Not Get In A Relationship Right Now

I should probably feel worse about the fact that I’m nearing 33 and fully single. But having had my share of long-term relationships—none of which involved any rings—I feel as though I’ve been married enough for one lifetime.
If the perfect someone falls in my lap, great. If not, perhaps all the better.
This might sound like the bitter rationalization of a guy who’s down on his romantic luck, but it turns out there’s actually some evidence supporting my premise. Being single isn’t nearly as bad as it’s made out to be, and yes, some experts actually agree!
“Eric Klinenberg, a NYU sociologist and author of the book Going Solo, finds that not only are there many more single people than anybody thought (one in two adults lives alone in Manhattan), but that they are thriving,” writes Forbes’ Alyson Krueger.
“Single people have been found to (we’re talking people not in long term, committed relationships) volunteer more, have more friends, go out more in their neighborhoods, and even have the potential to go much further in their careers.”
Now that’s some research I can get behind.
Maybe my reasons for appreciating this kind of argument are slightly biased, but I don’t think I’m alone.
More importantly, some people need to hear this. There are far too many social and familial pressures cornering you into the acceptance of long-term relationships. Maybe these relationships aren’t for you.
Maybe now simply isn’t the right time. Perhaps we would all be a little better off a little less encumbered by the gravitas of long-term relationships and marriage.
An important distinction before going any further: Being single doesn’t and shouldn’t mean being isolated.
To the contrary, one of the greatest virtues of the single life is the ability to really interact with other human beings on your own terms—without the scrutiny and oversight of a perpetually attached partner.

Single people are more social. And if that isn’t self-evident in its own right, there’s evidence for this claim, too.

“Compared with their married counterparts, single people—even the older ones—are much more likely to spend time with friends and neighbors, volunteer, attend art classes, and do other social activities,” writes Krueger.
“A study conducted by Cornell sociologist Erin Cornwell found that from 2000 to 2008 those over the age of 35 who lived with a spouse or partner were less likely to spend an evening socializing with friends than those who didn’t.”

Couples have obligations to one another, especially if they have children. They’re also beholden to any number of written and unwritten rules. What happens if one side of the couple is getting more social time than the other?
What happens if the two of you aren’t on the same page about which friends to like or tolerate? Worse yet, what becomes of a couple in which outside friends become more trusted or treasured than your partner?
Socializing can be a veritable minefield for couples.
Of course, there are ways to get around those potentially explosive hazards. Couples can share plenty of time with other couples, thoroughly enjoying each other’s company and even exchanging their own experiences of what amounts to “family life.”
They can even mingle with the right singles. Signing off on that long-term relationship doesn’t have to be the death of your social life. Unfortunately, however, it often is. And that’s one less thing about which we single people have to worry.

Enough about other people. One of the principal benefits to remaining single is that it often gives people the space and incentive to improve themselves—whether physically, psychologically or just practically.
In 2013, the Daily Mail cited research indicating that over 60 percent of those studied added weight upon entering a serious relationship. Even more believed their partners had gained weight.
We’ve all seen it happen, and it’s really not about the weight gain in and of itself. If anything, it’s probably symptomatic of a broader relaxation that occurs when entering a long-term relationship.
The stress of the relationship may itself lead to the intake of extra calories. And the sudden feeling of security may cause some to ease up on their dietary discipline. If you’re not looking to attract a partner, why bother going to the gym every day?
Again, this isn’t just about physique. More time to yourself can generate any number of personal benefits. You might read more, spend more time with family, take some classes or practice your cooking skills.
The extra free time can obviously turn toward more self-destructive habits, but then again—is there anything more self-destructive than constantly bending to someone else’s whims?
At minimum, the single life is liberating. And that can have its advantages and disadvantages alike. Much depends on what kind of attitude you bring to life without a steady partner.
If you find yourself regularly bemoaning your solitude, that’s a problem. So why not celebrate it instead, resolving to make something of all that “me time?”

The astonishing number of marriages ending in failure should reassure single people to no end.
We enter serious relationships too quickly; we fail to consider long-term implications; and we view partner problems through rose-colored glasses until it’s absolutely too late.
The pressures to be with someone almost certainly play a part in this. And that’s a tragic reason to give your life away to someone else.

“Almost 50% of marriages in America are destined for failure,” writes LifeHack’s Daniel Wallen.
“You have to wonder how many of those still married stay together due to religious beliefs, financial reasons, or the sake of their children.

To complete this grim picture, add in how easy it is to settle for a bad match when you’re feeling lonely. If you’re not 100 percent sure what you expect from a partner, then singlehood might be for you.”
Unfailingly, some will suggest that getting (and remaining) married was the best thing to ever happen to them. It’s the kind of reassuring story that gives most of us some hope.
Perhaps the next relationship will be qualitatively better than the last. Maybe it’s still worth putting yourself out there and seeing what happens.
The important thing is that you accept all the risks that come with relationships—and that you accept them for the right reasons. No one will ever be perfectly perfect. That’s why real love tends to be pretty forgiving.
On the other hand, settling for a second-best situation is almost never wise. Before long, you’ll find yourself remembering just how care-free that single life was.

This isn’t meant to be a diatribe against couples. It’s meant to be some measure of reassurance to those who—for whatever reasons—aren’t currently coupled.
The single among us probably sleep better. They probably feel less mental anguish. And their lives may well turn out better in the long-run, even without that immortalizing progeny.
Put simply, this is all about accepting your circumstances and proactively making the best of them. If you’re stuck in a relationship you don’t want, stop fearing the single life.
If you feel compelled to be with someone for the sake of being with someone, think again. If you’re happier without a significant other significantly complicating your life, that’s perfectly normal.
There may well be a time and place to find that someone special. That doesn’t mean your entire life should revolve around the search. Work on perfecting you, first. And enjoy the process, the freedom, the space.
There are worse things than having it all to yourself.

Recovery Kit: Why Regaining Motivation Is All In How You Prepare
Turning Rejection Into Resiliency: 4 Key Steps To Bouncing Back